By: Rolf Akermann
When I am alerted by a friend or an advertisement about a "special" at a supermarket (and it is really special), I make the effort to pop into the store to make a "bargain" purchase. But often there is no stock left, although the promotion is still due to run for another week. It drives me crazy!

Lets take a look at the reasons and the results of these specials/promotions. The strategy of the supermarket is obviously to attract more "feet" over a specific period. This is not something new, it has been done for many years, but, what is new, is the number of instances that consumers are lured to the stores, only to be disappointed with "out of stock" signs.

The retailers "make it legal" by putting a line in stating "while stocks last". So, they arguably could have only one item on shelf, as this would make it "legal". Worst of all, these "discounts" are provided by brands, which have to take the knock, as the retailers force them to be on promotion. As it is not the brand's fault, we are not mad at them but correctly blame the retailer.

The image of the retailer is significantly damaged. They have portrayed themselves as cheats. I for one, will do my utmost to avoid being taken for a ride by them again. Some retailers have lost my trust, instead of becoming my favourite, which they could have been had they delivered on their promise.

What I don't understand is, why do retailers keep on doing this? The net result for them might be an increase in turnover over the short term, but could lead to a significant loss over the long term (in my case anyway).

Us consumers are to blame for letting the retailers get away with this. We South Africans are known for being tolerant and forgiving. We take it on the chin and come back for more! We allow mistakes to be made time and again and do nothing about it. The only way we can stop this, is to start shouting "no more".

Complain to the consumer bodies, take it to Twitter, HelloPeter, Facebook and complain to the store manager. If we make enough noise we can stop this! Please join me and lets get this done. Retailers, honesty/integrity and delivering on a promise will be a far more beneficial strategy to build your brand.
NextOptions
›
Email Print PDF
Follow 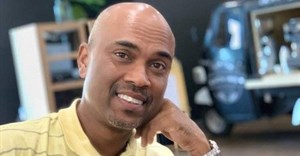 In the "new normal" to come, will plans conceived pre-Covid still be relevant?12 May 2020 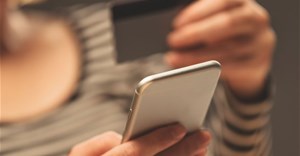 #AfricaMonth: How Shoprite trailblazed trading in Africa24 May 2018 How China is rebooting retail6 Apr 2018 Harnessing tech to sustain the brick and mortar store14 Feb 2018