22 Apr 2022 | Email | Print |  PDF
2021 saw an uptick in demand for sponsored content over social media. That's according to a Banklesstimes.com data presentation. That presentation showed that consumer appetite for such content grew by 26.7% in that year. Banklesstimes' analysis sought to help firms understand the possible shifts within the influencer industry. It based its conclusions on data from tracking ad campaigns published by the different social media platforms.

One visible trend was the clamour for sponsored content. That, in turn, saw the sites carry about 3.8 million adverts between them. Contrastingly, they'd published around three million such ads in 2020. The biting effects of the coronavirus pandemic saw the demand and production of such content dip in 2020.

Stories feature had been impactful

Banklesstimes pinned the 2021 growth to several factors, the first of which is the impact of the Stories feature. Social media sites are embracing that element, a fact that's bumped up the uploading of Sponsored Stories by 34%.

On average, influencers would post 12 sponsored stories weekly in 2020. This figure rose to 16 in 2021, pointing to the increased popularity of stories due to how engaging they can be. As such, their adoption vindicates the decision by the platforms to incorporate them in their products.

The role of micro-influencers

Further, Banklesstimes' analysis revealed the growth of the micro-influencer community. These had a market share of 89% in 2020 which they grew to 91% a year on. That jump confirmed their dominance within the influencer space.

A micro-influencer is any social media account holder having 5,000-30,000 followers. They're popular with marketers because their engagement rates are higher than their big-name peers. The public tends to find celebrity influencers detached and unrelatable.

Moreover, micro-influencers are more affordable compared to renowned ones. They typically charge roughly $350 for Instagram posts, while their videos go for about $550 each. Again they charge a reasonable $180 for Stories endearing themselves further to marketers.

Instagram takes the prize for those seeking an effective advertising medium. It accounts for 94% of all social media ad campaigns. Meanwhile, TikTok and YouTube attracted 13% and 10% of ad traffic, respectively.

That said, TikTok continues attracting micro-influencers in their droves. Statistics indicate that nearly 38% of the platform's sponsored posts and commercial content came from influencers with an under 50,000 following.

Twenty-three percent (23%) of the respondents that the study considered had a following of between 1,000 and 10,000. Those figures suggest that one needn't have a huge following to make it as an influencer. Perhaps it's why many budding influencers take TikTok as their onboarding platform before venturing out.

This article was originally published on www.banklesstimes.com 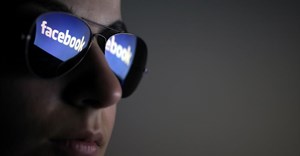 How promotion affects engagement for SA brands on Facebook31 Oct 2016 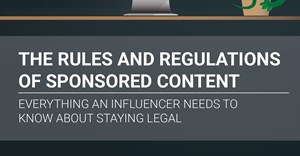 Proper use of branded social content under the spotlight31 Aug 2016