14 Sep 2022 | Email | Print |   PDF
Issued by: JNPR
Despite a whole month celebrating women, South African corporates have some way to go when it comes to attending to the health needs of their female employees - but those that support women staffers stand to reap considerable rewards. These are the findings of the inaugural Women@Work survey, conducted by Zoie Health. The survey included a sample of working South African women, aged between 21 and 67 (with an average age of 33) in industries including financial services, education, media and entertainment, technology and healthcare. Participants ranged from recent entrants to the job market to middle and senior management, with earnings ranging from R10,000 to R45,000 per month. More than half the those surveyed (58%) are single women, while the average number of children for participants who are mothers is two.

“We decided to focus on women not only because they are responsible for most decisions related to health in the family, but also because supporting women translates into support of the community at large,” say Thato Schermer co-founder of Zoie Health.

Dr Nonhlanhla Sitole, Schermer’s co-founder and business partner, says that the survey yielded some interesting findings. For instance, 90% of participants admit that their concentration at work is affected by the physical, mental or emotional burden of reproductive issues. In fact, 85% say that their productivity tends to decrease when facing such challenges, and 65% have even been forced to miss work because of a health matter related to reproduction, such as a period, miscarriage or pregnancy. Alarmingly, 91% said they received little support or community for these health matters.

“We found that 66% of participants say that their organisations do not provide any support or benefits for reproductive health, women’s health and family matters,” says Schermer, “and yet most would like to see such benefits – to the point where 80% said that they would probably leave their current employer for one that offered them.”

In contrast, 97% said they would be likely to remain at their current organisation if it supported women’s health. And 94% said they would love to see a service introduced, offering virtual consultations with a range of healthcare practitioners, access to healthcare resources, deliveries of medication and products related to women’s wellness. A panic button, to provide service in the event of health and security emergencies, would also be appreciated.

In an ideal world, according to participants, organisations would be able to offer activities promoting awareness of women’s health (such as breast cancer), wellness days, leave for discomfort experienced during menstruation, reproduction issues or mental health issues, childcare support and flexi-time, and facilities to accommodate breastfeeding, such as private rooms to pump or store breast milk. Female employees also believe there should be longer leave provided for maternity and miscarriages. Women’s health days would be a plus, as would a dedicated on-site nurse and mental health specialist. Participants asked for time off for clinic appointments, without salary deduction, and benefits for reproductive issues, such as payment plans for fertility treatments or egg freezing.

Zoie Health may not be able to influence the benefits provided by organisations, but it can help by providing a one-stop platform for all reproductive health issues. What’s more, it is affordable for entities of all types, making it an obvious choice for employers who wish to bolster the wellbeing of their staff members.

“This has become all the more important in the wake of the Covid-19 pandemic, when we came to see that wellness encompasses far more than the physical. It is about mental wellness, too,” says Schermer. Zoie Health’s range of services speaks to all aspects of wellness: while the platform’s MyContraceptive® service allows women to obtain a script for, and order, contraceptives without leaving the house, Zoie Health also offers consultations with nutritional experts, therapists and fertility experts. There’s even a panic button to ensure the safety and security of Zoie members. It is, all told, a one-stop shop for all areas of women’s health, from puberty to pregnancy and beyond.

If the aim of Zoie Health is to empower women, the platform is also a shining example of the magic that can happen when women entrepreneurs are inspired to find solutions to society’s problems. During Women’s Month, when the spotlight should fall on the women who are living role models to other females, Zoie Health stands out as a stellar success story.

The platform has been acknowledged as a powerful and practical solution to a real challenge experienced around the world, while the innovative and creative thinking that drove Schermer and Sitole to help other women by harnessing the power of technology has been recognised with a number of accolades and awards. Not only has Zoie Health won the Harvard Africa Business Club New Venture Forum Venture Competitio, it also took honours at the AlphaCode Women in Tech Pitch Dinner. Meanwhile, both Zoie Health was nominated for Standard Bank’s Top Women and made it onto the Tech Cabal’s list of 11 Rising Female Founders, while Schermer was named one of Mail & Guardian’s Top 200 Young South Africans and was featured in the Inspirity50 Award for the Top 50 Most Inspiring Women in Africa. Sitole, meanwhile, received a nomination for a Stem Award in the Womandla Women Awards.

Both founders believe that more South African women would be able to reach such heights if their basic needs were taken care of. “In a month where we think about how we can boost women, let’s support real empowerment of women, in a real way,” they conclude.

To find out more about how your company can better support female employees and their families, explore more here.

About MyContraceptive® by Zoie Health

MyContraceptive® by Zoie Health is an online contraceptive delivery service in South Africa. It offers some of the most effective birth control methods, all from your mobile device in the comfort of your home. Now you can consult with our medical experts to find the best contraceptive for your needs as well as monthly delivery to make sure you never forget to take your contraceptive. 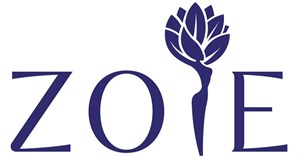