The economic blow of the Russia-Ukraine crisis

4 Mar 2022 | Email | Print |  PDF
By: Sanet Madonsela
On 24 February 2022, the world woke up to the news of Russia announcing its' "special military operation" to "demilitarise" and "deNazify" Ukraine. This announcement was followed by a sophisticated, all-out attack by land and air. As Russia began its invasion, the rest of the world watched in anguish, contemplating the unavoidable international political and economic implications.

There are competing views as to why Russia invaded Ukraine. Some argue that the attacks were based on Ukraine’s desire to join NATO, while others link the invasion to the Minsk agreements. The Minsk agreements are two treaties signed in 2014 and 2015 aimed at ending the war in Donbass. To provide a bit of context one needs to go back to 2014.

Resolution to recognise Donetsk and Lugansk

Moscow was angered that its candidate lost Ukraine’s presidential mantle in elections in 2014. This resulted in Donetsk and Luhansk announcing their autonomy from Kiev. In September of that year, the government of Kiev and the separatist leaders agreed to a 12-point ceasefire called Minsk I.

Despite the signing of the agreement, the fighting continued resulting in Russia, Ukraine and the Special Monitoring Mission of the Organisation for Security and Co-operation in Europe (OSCE) signing Minsk II. The agreement called on Ukraine to control the state border, and to institute constitutional reform and decentralisation.

Despite an election held in 2018 in the eastern regions, the US and the EU have refused to recognise the legitimacy of the vote, thus, violating the agreement. The OSCE has reported significant daily increases in ceasefire violations in the affected areas since February 2014. While the US is not a signatory, it has expressed the importance of implementing the agreement. Instead of accepting the existing agreement, Ukraine allegedly never implemented its provision thereby incensing Moscow as well as ethnic Russians in Ukraine.

On 16 February 2022, the Russian parliament adopted a resolution requesting Putin to recognise Donetsk and Lugansk. This agreement was signed on 21 February 2022 and followed by a request to deploy armed forces. Inevitably the conflict dynamics have escalated.

While some believe themselves to be immune to the conflict, economists warn that it will have far-reaching global consequences as armed conflict tends to disrupt supply chains and increase the price of food and gas. They predict a further increase in oil prices per barrel as Russia is the world’s largest natural gas exporter and the second largest exporter of crude oil. This is important as oil prices directly impact transportation, logistics, and air freights.

Shell, BP and ExxonMobil have done business in Russia for decades - here's why they're leaving now

On Thursday, 24 February, global oil prices went past $105 per barrel warranting these predictions. In addition, Russia is the world’s largest supplier of palladium, a material used by automakers for catalytic converters and to clean car exhaust fumes, a delay which would affect auto production. It is worth noting that Ukraine is a major provider of wheat, corn, and barley. A lack of yellow maize, or even a slowdown in production, could result in an increase of meat prices.

Combined, Russia and Ukraine export more than a third of the world’s wheat and 20% of its maize. They also account for 80% of global sunflower oil exports. They supply all major international buyers, as well as many emerging markets. In 2020, 90% of the African continent’s $4bn agricultural imports from Russia were wheat and 6% sunflower oil. South Africa does not produce enough wheat and is heavily reliant on imports from these countries. It imported more than 30% of its wheat from these two countries over the past five years.

Western states have announced a coordinated series of sanctions aimed at Russian elites; however, critics warn that they may be ineffective as the country’s economy is large enough to absorb even the most severe sanctions. Its central bank has more than $630bn in foreign reserves and gold. Its sovereign wealth accounts for an additional $190bn. Russian debt accounts for a mere 20% of its gross domestic product (GDP).

The European Commission’s president, Ursula Von der Leyen, states that the bloc would target Russia’s energy sector by preventing European companies from providing Russia with the technology needed to upgrade its refineries. The US Department of Treasury has committed itself to preventing Russia’s state-owned Gazprom from raising money to fund its projects in the US.

It is worth noting that Russia and Ukraine’s imports and exports to the US account for less than 1%, while Europe and Russia are interdependent. The EU needs Russian gas, while Russia needs the EU’s money. Some warn that the EU’s decision could be detrimental as it receives over a third of its natural gas from Russia. This is used for home heating and energy generation.

These fears were intensified when the natural gas price in Europe increased by 62% on 24 February. It is believed that Russia has been preparing for economic isolation for years and that it could better absorb the sanctions than Europe’s ability to reduce its dependence on Russia’s oil, gas, and coal. Despite all these, Gazprom announced that its gas exports to Europe were continuing as normal.

While the world watches with bated breath as the conflict rages there are some promising signs. Russian and Ukrainian delegates are currently meeting on the border with Belarus to start a dialogue and Ukraine’s President Volodymyr Zelenskyy has called on Israel to serve as a mediator between himself and Russian President Vladimir Putin. Let us pray that reason prevails.

Sanet Madonsela is a PhD candidate in the Centre for Gender and Africa Studies at the University of the Free State
Read more: Russia, ukraine, Gazprom, The European Commission, Ursula von der Leyen 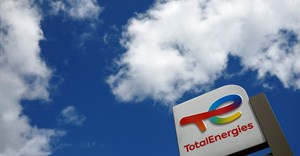 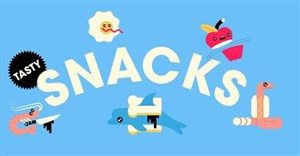 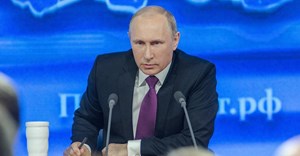 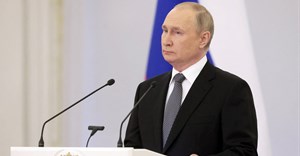 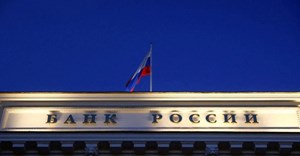 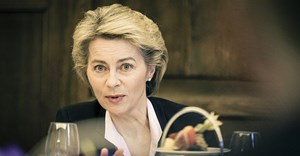