Among its numerous priorities, the President’s State of the Nation address highlighted two factors that will have a significant impact on the survival and growth of the Marketing, Advertising and Communication (MAC) industry: transformation and FDI. These issues have been coming to a head over the past few years, as smaller entities rail against the emergence of monopoly power, while at the same time, white-owned multinationals reconsider their South African investments as the pace of transformation is stepped up.

Seeking to fast-track transformation and job creation, the finalised MAC B BBEE Sector Code was gazetted late last year to force the inclusion of more small black-owned business in our lucrative sector. This is a commendable move, but it should be noted that if accelerated transformation is approached in too radical a way, we risk multinationals simply uprooting their bases from South Africa and moving to regions such as Kenya and Nigeria instead. This could be detrimental to local B-BBEE players, who currently lack the international networks and financial resources the global giants have.

We are reminded of the negative impact on Zimbabwe’s economy when white owned farms were forcibly redistributed in a hasty manner. Poorly considered and ill-controlled redistribution had a calamitous impact on food production. In contrast, we recall the fruit collectives founded by Cecil John Rhodes in the Western Cape in the early 1900s, when collaborative skills and knowledge-sharing enabled farmers to diversify and rebound from a devastating phylloxera epidemic. The MAC sector is not engaged in farming, but we can learn from these lessons of the past: radicalised fractionalisation of a sector is not always beneficial, but collaboration could be.

As South Africa faces a tipping point in economic change, we believe the key to a win-win future for the MAC sector is mutually beneficial collaborative partnerships. Media Revolution, a B-BBEE agency with a seven-year track record in the sector, has long sought out partnerships with multinationals to the benefit of all parties. These carefully-considered collaborations bring together the best of skills, resources, funding and networks to deliver to our clients’ services with optimal impact.

We subscribe to the belief: “If you want travel fast, travel alone if you want travel far, travel together.” In the long run, a sustainable sector in which everyone thrives depends on achieving a fine balance between transformation and economic common sense. We believe this balance lies in collaboration to drive transactions. Policy to transform media sector in the pipeline1 Aug 2018 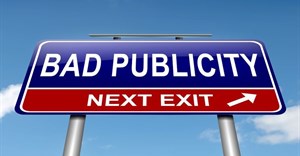 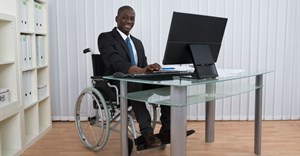 Beyond the crumbs: why big agencies need to invest in empowerment now9 Sep 2016