17 Nov 2017 | Email | Print |   PDF
Fungus gnats are serious pests in South Africa's undercover farming, often harming production of various crops. The larvae of fungus gnats are soil-dwelling and, if uncontrolled, can chew through a plant's underground root system and severely harm the plant's ability to grow. A powerful alternative to chemical insecticides

Currently, the most common way that growers control fungus gnat populations is by spraying chemical insecticides, which can be harmful to the environment and human health. Entomopathogenic nematodes (EPNs) are tiny soil-dwelling worm-like organisms which attack and kill insects. EPNs are not known to harm humans.

In a recently completed MSc study, it was found that local EPNs, which are found naturally in Western Cape soil may be very effective at killing fungus gnats. Therefore, EPNs might prove to be a powerful alternative to chemical insecticides by killing the pest insects without harming humans or the environment.

Though fungus gnats naturally feed on fungi and organic matter, some species are specialised pests of living plants. The most harmful fungus gnats in South Africa are believed to have been introduced from the Northern Hemisphere. Some of the crops affected so far include mushrooms, greenhouse-grown cucumbers, tomatoes, chrysanthemums, blueberries, vegetables, herbs and tree nursery beds.

The effects of the fungus gnats on these crops include direct physical damage to the crops’ root system through their larval feeding. Consequently, the symptoms presented by the affected crop will resemble those of a plant deprived of a healthy root system. Since fungus gnats naturally feed on fungi, they are also responsible for dispersing fungal pathogens, and other soil-borne pathogens, when they move from one plant to another. The adults, though physically harmless, are quite a nuisance to farm workers, and also disperse fungal spores.

The control of fungus gnats has been dominated by the use of chemical insecticides which unfortunately pose risks to farm workers’ health and of fungus gnats-resistance development. Furthermore, the cryptic habitats of the fungus gnats make control through the use of chemicals difficult. Considering such hindrances, as well as the increased consumer demand for chemical free products, alternative management practices such as physical, cultural and biocontrol methods are being sought.

Biocontrol for fungus gnats has been achieved through the use of biocontrol agents such as EPNs, predatory mites, rove beetles and soil bacterium. Worldwide, control using EPNs has been dominated by the use of the EPN, Steinernema feltiae, which has also been adopted by some South African producers. It is important to note that S. feltiae is an alien EPN species that has, to date, not been isolated from South Africa. Thus the effects of this EPN on South Africa’s biodiversity are still unknown and the importation of this species is illegal. Furthermore, it has been found that S. feltiae is less adaptable to the environmental conditions of high temperatures that prevail in South Africa’s undercover production.

Agil Katumanyane, recently completed an MSc, focused on determining the potential for using local EPNs to control fungus gnats in undercover farms in South Africa. The project was carried out in the Department of Conservation Ecology and Entomology and was supervised by nematologists Prof Antoinette P Malan and Dr Tiarin Ferreira. Funding was provided by NemaBio (Pty) Ltd and the Technology and Human Resources for Industry Programme (THRIP: TP14062571871).

Another ongoing study by PhD student, Nicholas Kagimu, is focused on formulating the EPNs into a marketable product. We hope that once these local EPNs are formulated, they will be availed to producers for use, at an affordable price. This will provide a more sustainable approach to controlling the fungus gnats, and to prevent importation of foreign nematodes, whose effect on South Africa’s biodiversity is still unknown. 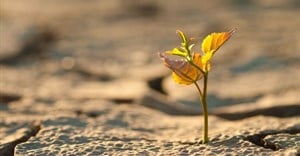 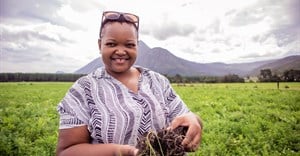 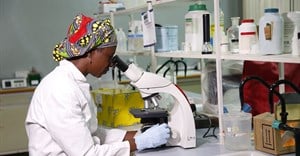 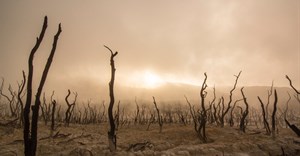 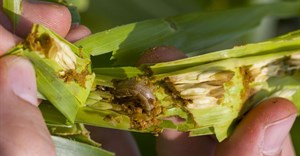 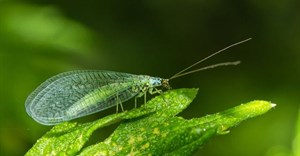 The secret agents protecting our crops and gardens15 May 2018 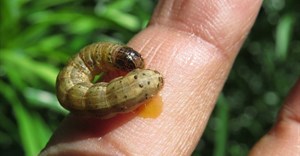