Advertising. Why do bad ads happen?

By: Damon Stapleton
It was a question I should have been able to answer. I have been in the business a while and I have made a few ads. But maybe the simplicity or the clarity of the question blindsided me and left me saying nothing. A friend who wasn't in the industry had asked the question. It is a very good question and I have been thinking about the answer for about two weeks. I have boiled it down to three answers. Fear, language and human beings. Unfortunately, they are also the ingredients for great advertising. Tricky. And yes, I am sure there are many other valid answers like there is no bloody idea or insight. And the creative was boring or sh*t. However, I feel these three ingredients are the biggest culprits. Photo by Chema Photo on Unsplash

Let me tell you a story. Actually, this story has happened to me twice. The first time was on a car account at the start of my career. The second time was for a global FMCG account about 10 years ago. On both occasions, we had worked on the project for about a year. We had presented multiple rounds of creative where the brief changed at least four times. Creatives call it deckvertising. You make decks to present but you don’t make any work. Anyway, let’s just say there were a lot of politics and many hoops to jump through. However, by some miracle the work survived and it went into research. Amazingly, the work sailed through with flying colours. In fact, the research house on the car campaign said it was the highest they had ever seen. I was very happy. One more hurdle. We need to present to the board. 24 hours before the presentation I get told the work has been pulled. I am also told we have a day to come up with another idea. I am sure this has happened to many creatives.

When it happened I was beyond angry. A year down the f*ck*ng drain. However, in both cases I still had to do the meeting. And that’s when I understood. I walked in and could feel the fear. The people we had been working with were terrified of their boss. I instantly understood they were too scared to present something new and different because they knew he would annihilate them. In one of the meetings, one of the marketers presenting couldn’t make the clicker work because her hand was shaking. To this day that company hasn’t made any advertising worth mentioning.

Creativity and fear cannot live in the same place. This is just as true inside agencies as well. I have seen control freak CEOs and ECDs destroy agencies by creating fear rather than good work. Because fear stops progress, innovation or new ideas. You start doing the same thing over and over. Fear stops the truth. And believe it or not, the truth is vital to good advertising. We are in the business of advertising but we are also in the business of fear management.

Next up would be vague language because it leads to complexity and uncertainty.

Let’s take a word you see on briefs a lot. Take the word 'authentic'. Or 'real', if you like. It’s a perfectly good word. Now, in your head think what it means. I could give you at least five definitions. Real could mean salt of the earth. Real could mean seeing the unvarnished truth. Real could mean a documentary. Real could be an unflinching look at raw emotion. Real could also be what is cool in popular culture right now. But when it was said in the meeting everybody was nodding like they all understood and had the same definition. That is not always the case. What you think something means and what somebody else thinks it means is often the problem. The reason this matters is that when you make something that is meant to communicate, tone and context are everything.

Take humour. What makes me laugh could offend you. But now, we both want an ad to be funny. Not an easy task. Add to that the imprecision of language and you can have all sorts of 'when he said this I thought he meant that' conversations. If you are imprecise or slightly off at the beginning, you will be a very long way off at the end. It’s a bit like building a skyscraper. You start building and one day while you are pouring concrete for the ninth floor, you get told that skyscraper now means petrol station. Whatever you do from there will look very odd.

As a bonus feature I would also add jargon and marketing speak to this. If there is anything that creates a barrier to understanding or caring for the average consumer, it is words they don’t understand. Because when you don’t understand something, you don’t feel anything either. Jargon makes a brand invisible.

So, fear, language and lastly my favourite, human beings. Early in my career, I was told to never write a script with a horse in it for one of the clients. I asked why. I was told the client hated horses. Weird but that is how people are. We all have quirks and idiosyncrasies. Which also happen to be the ingredients for great stories and great advertising. People are irrational, emotional and quite often ego-driven. That is what is so weird about trying to make advertising a science or a full-proof process. In the end, people still make the choices in this business. If the data told that client to make an ad with a horse in it, there is a pretty good chance it wouldn’t happen.

The simple truth is you can have all the information. You can have a very accurate blueprint. There might be a clear plan. But that is only half the story.

That is always when it gets interesting. It is how bad ads happen. And strangely, how the great ones happen too.

“We are our choices.” – Jean-Paul Satre 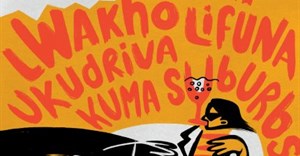 The Pendoring Awards are now open for entries!9 Sep 2022 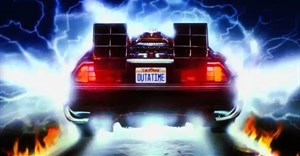 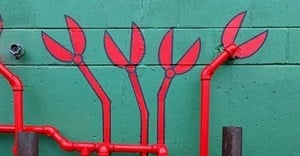 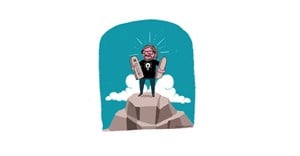 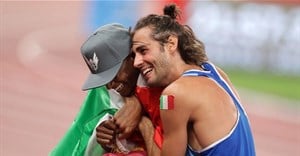 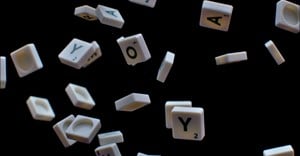