11 Apr 2007 | Email | Print |  PDF
Issued by: Amasa
After an intense judging process, seven finalists for the Advertising Media Association of South Africa’s (AMASA’s) Roger Garlick Award have been announced.
“The seven finalists were exceptionally strong entries, each clearly demonstrating unique and innovative use of media. They were all of a standard deemed worthy of Roger Garlick ‘finalist’ status,” says AMASA Chairman Rob Smuts.

“We had great support from the industry this year in terms of the number of entries received,” says Brad Aigner, Deputy Chairman and Head of the Roger Garlick Portfolio for AMASA. “We congratulate those companies nominated as finalists and wish them best of luck for the final announcements at AdFocus.”

The Advertising Media Association of South Africa's primary focus is the education of people with an interest in the media, marketing and advertising industry.
About Us | News | Contact
Read more: Roger Garlick, Roger Garlick Award AmasaEntries are open for the AMASA Awards!4 Jul 2017 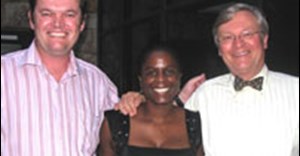