Savanna Premium Cider announced that Comedy Central Live at the Savanna Virtual Comedy Bar season three will air on 17 May 2021 at 10pm CAT (channel 122 on DSTV)...

Issued by Distell 1 day ago

Heineken raises the bar with new commitments on the environment, social sustainability and responsible consumption on a path to a net zero, fairer and healthier world...

Banele Msimanga is the brand manager of Hunter's Cider and over the past year has worked on the brand creating great consumer experiences like Green Room events...

Grey Africa scoops a few birds at the #Loeries2020Article

Grey Africa's work was recognised with 24 finalists across eight different categories, three statues and a craft certificate at the 2020 Loeries Creative Awards...

What if influencing is an artform? A new campaign by Grey Africa and Liquid, WPP's bespoke agency solution for Distell, proposes that it is. Kind of...Sort of...No, really...

How do you steal your competitors' brand equity?Article

You need to be smart and intentional with your approach. It also helps to have a brave and relentless brand team...

Loxtonia Cider's Larry Whitfield and his daughter Ali prove that the apple certainly does not fall far from the tree...

Strongbow Apple Ciders is on a mission to rejuvenate South Africa's cities with nature in its "Moments of Natural Refreshment" campaign...

The growing popularity of brandy and gin helped Distell increase its overall volume of liquor sold by 3.7% during the six months to end-December...

The pending collapse of the Distell control structure should help the drinks company to enjoy the sort of rating analysts and shareholders say has eluded it in recent years...

Liquor giant Distell, which owns best-selling brands such as Savanna, Hunters, Nederburg and Klipdrift, has uncorked a proposal that fortifies the position of its biggest shareholder...

When one of South Africa's largest cider brands wanted to launch their new cider with hop extract, Edge, to the market they turned to packaging specialists, Just Design, to deliver them a premium stand-out design...

Distell tops up with Cruz vodkaArticle

Distell has topped up its booze portfolio with a dash of vodka through the purchase of a 75% shareholding in a company that owns the global rights to Cruz Vodka...

Judging by the share price movement over the past four weeks, minority shareholders in Distell have still not come to terms with the unexpected news that the Public Investment Corporation (PIC) will be acquiring the 26.4% of the company held by Anheuser-Busch InBev...

Spirits in the FCB Cape Town office, already high after beating out 20 other agencies to win the Western Cape Government's R40m communications services tender, have been lifted further by new work coming the agency's way... 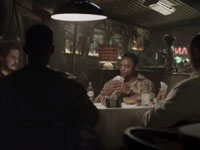 New TVC in Savanna's 'Savanna's Got Apples. Have You?' campaign breaksVideo

Distell's premium cider brand, Savanna, is airing the second television commercial in a campaign developed by FCB Cape Town to entrench the brand's new positioning: 'Savanna's got apples. Have you?'.

New TVC in Savanna's 'Savanna's Got Apples. Have You?' campaign breaksArticle

FCB Cape Town has won a Bronze Apex for the campaign it developed for Savanna to launch the Distell cider brand's new packaging and revitalise its communication with consumers...

Distell is intent on advancing its reputation for quality. The company has assembled a team of top talent who will combine their skills at the new Centre of Excellence...

Distell to swell its African businessArticle

A career at Distell is truly a one-of-a-kind experience. It's more than working for a truly South African alcoholic beverage leader; it's an opportunity to be a Brandcrafter.

Markus Habermann has been appointed as the GM to handle Distell's fast-growing duty-free business in Europe. Formerly the company's commercial director for Europe, he joins the team led by Marius Fouché, with high-level support from Robyn Bradshaw, who focuses on travel retail marketing and activation.

After two major acquisitions in international cognac and whisky brands‚ Stellenbosch-based liquor group Distell will now be prioritising the global growth of its highly-profitable cider brands.

Buoyed by continued growth in sub-Saharan Africa‚ including South Africa‚ and benefiting from a weak rand‚ liquor group Distell grew headline earnings by 12.9% to R877.4 million for the six months ended December 2012.

The fast-growing SA cider market is now around five times bigger than the cider markets in other traditionally beer-drinking countries, a recent report by UK liquor group C&C Group says.

The 2012 APEX Awards gala event, held late last week, highlighted creative work that made a measurable contribution to winners' clients' business. The ACA hosted the awards, which was sponsored by DSTV Media Sales.

Savanna, the country's number one cider brand according to the Sunday Times/TNS Top Brands Survey published in August this year, has signed up two US celebrities to feature in its latest television commercial. But, they're not quite what you'd expect them to be. Or, are they, given the cider's penchant for dry humour?

Days of speculation are at an end after Liqui-Fruit and its advertising agency, Liquorice stood up and claimed responsibility for the Cape Town iceberg spotted off Clifton Beach at the beginning of the week.

'People like their products to come from a clear somewhere'Article

LONDON, UK: Provenance and Marketing: Robin Lauffer discusses the nature of brand heritage. Should brands proclaim their history proudly? Or does trading on past successes come with unwanted baggage?

According to Kay Pillay, who heads the Distell's cider and Ready to Drink (RTD) business division, genuine ciders, taken to be those made from fermented apple juice, showed an 8% year-on-year growth in volume for the 12 months to May 2010.

Savanna, one of South Africa's leading premium cider brands, has won a gold medal in its class, at Singapore's 2010 Beerfest Asia held late last month. It competed against a range of cider offerings produced all over the world.

Bolstered by a well-balanced and well-protected suite of compelling brands across the pricing spectrum and broader and stronger global distribution networks in developed and developing markets, Distell has once again shown its resilience to a global contraction in spending to report solid revenue and earnings growth for the year to 30 June 2008.

Distell is priming its palate for increased business with a world-class sensory laboratory that benchmarks new and established products against competitor offerings on local and international markets.

An ongoing improvement in business efficiencies, continued investment in brands and enhanced distribution saw Distell significantly increase its revenue and sales volumes. For the six months to 31 December 2007, the company weathered demanding markets to deliver a 12,9% increase in revenue to R4,8 billion on a sales volume growth of 7,6%.

It‘s dop till you drop as liquor sales skyrocketArticle

Residents and holidaymakers geared up for a New Year‘s party of a lifetime with bottle stores throughout the Eastern and Southern Cape.

Following upon its successful launch of premium beer Peroni last year, SAB announced earlier last week that it would be launching a new flavoured alcoholic drink (FAD), Sarita. The new brand is a mellow, dry alcoholic apple drink with a 5.5% ABV. SAB currently has around 50% of the total FAD market in South Africa.

Distell's impressive set of results capitalises on buoyant spending amongst South African consumers and the establishment of a stronger global footprint on the back of improved production and operational efficiencies, according to MD Jan Scannell. For the 12 months to 30 June 2006, revenue rose 12.6% to R6.7bn on a sales volume increase of 8.3%, fuelled by the increased consumption of premium brands.

Hunters staking out a new databaseArticle