27 Sep 2022 | Email | Print |   PDF
Issued by: Primedia Broadcasting
Galaxy 947 Move has just announced its line-up with many of South Africa's best-loved artists on the bill. You can look forward to jamming with DJS Tay Flavour, Sun EL, Prince Kaybee, Cost Titch and Vin Deysel at a live Bloc Party on Friday night (over 18s) and sizzling performances from a host of some of the best musicians on home soil.

On Friday night catch the hottest beats at the live Bloc Party with DJs on the bill ready to rock out. Tay Flavour is a presenter on Mzanzi Magic. She has also work on air and on digital platforms for Mtv Africa. A copywriter and model in her part-time, Tay has worked on the Heineken 'Shape Your City' campaign as a digital influencer, The Nike ID campaign and the 5FM Live Loud video campaign.

Of ‘royal’ blood Prince Kaybee is a house music producer and DJ. His win on the SABC1 show 1’s and 2’s in 2015 put him on the map as an entertainer. He is affiliated with Royal Sounds Music Group. 3 in the Morning is his latest release and proving popular among fans and social media.

From Mpumalanga comes Costa Titch. This one-time dancer is now a DJ and singer. Titch got his major breakthrough after the release of his hit song Activate. On the the rap scene, he has worked with Cassper Nyovest and likes to flavour his lyrics with isiZulu. He is known for his African ‘trap’ style of music and is making a name for himself with his version of NkalakathaKZN muso Sun EL is a disc jockey, music producer and songwriter. He dropped his studies in favour of a career in music. He soon started his own record label EL World Music, and released his debut single Akanamali in 2017. He has featured on many awards nominee lists but in the past two years received two SAMAs – in 2021 Best Live Audio of the Year and Remix of the Year in 2022. He has also collaborated on remixes at Gallo Records. Vin Deysel’s release of 94 Hits in a Row Volume 1 CD was a huge success and went gold in a few weeks and the second volume almost doubled in sales. He has done remixes for SA artists Locnville, Flash Republic and Zebra & Giraffe among others.

Hip-hop rapper Blxckie is a songwriter and music producer based in Durban. He has worked on a number of mixtapes and collaborations. His music has been described as ‘melodic trap with an edge’. He is part of the movement Clout Internet Boyz and has released singles Nebula, Big Time Sh’lappa, and It Feels A Dream. In addition to his rapper handle ‘Blxckie’ he is known by his fans as Somnyama Omnyama.

Son of well-known performer the late Johnny Clegg, Jesse spent the first six years of his life on tour. Jesse Clegg has star quality in his own right and became an international sensation in 2014 when he did 32 shows in 31 cities across the US and Canada. That same year, he performed on the main stage of the Isle of Wight Festival (UK). He has had six top 10 singles and three SAMA nominations. Matthew Mole is Cape Town based and studied music production there in 2010. He released his debut album The Home We Built in 2013 which was the first album to enter the iTunes SA Chart at no.1 on the first day of release. His second album Run released in 2016, and Ghost in 2019 were both top sellers and achieved critical acclaim. In 2021 Mole was awarded the SAMA Record of the Year. Mole recently joined the Marine Protected Areas and NPO Wild Trust to raise awareness about ocean protection.

Having lost his mother at 11 months old, Nasty C was brought up by his father in Durban. His fondness for rapping came from his older brother and at age 14 Nasty C released his first mixtape (2012). The release of his album Bad Hair in 2016 was No.1 on iTunes local charts. He produced a 14-minute film featuring three songs from the album. The film was commercially aired in France, Germany, UK and US. He has been signed to Universal Music and Def Jam at various stages of his career. In 2020 he played a cameo role in Blood & Water (Netflix). In 2022, Nasty C had a role in the Disney animation Kizazi Moto: Generation Fire.

Up and coming musician, Will Linley, just 20 years old, is taking the South African music scene by storm. He calls Cape Town home but studies at Stellenbosch University. His leaning towards music happened when he was a mere 13 years old and started writing songs. His new single Miss Me (when you're gone) is in the 947 Top 40 with Zweli. In an interview he said he would be releasing new singles and that you could find him on TikTok and other social media.

Musa Keys who calls himself the ‘Tsonga Michael Jackson’ grew up in Polokwane where he sharpened his ’keys’ on a piano in a church environment. He was also an usher and altar boy but released his first song at age 14. Vula Mlomo released in 2021 is one of his most recognised songs. Other songs are Selema, Wena, Samarian Boy and Abekho which are among the 30 songs to his name.

“This is such a fantastic line-up and there’s more to come,” says 947 station manager Ravi Naidoo. “We’re excited to bring this phenomenal event to all who love Joburg and we are returning the love by given the community the very best that local music and talent has to offer in a two-day bumper event - Galaxy 947 Move.” 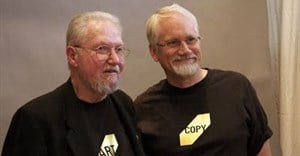 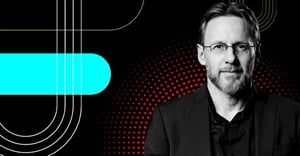 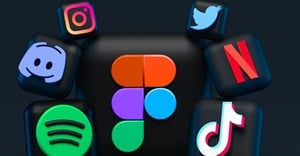