Bugatti and Rimac have merged

8 Jul 2021 | Email | Print |  PDF
No brand is more symbolic of turbopetrol engine excellence than Bugatti. Revived by VW and then given huge R&D assets, Bugatti has captured the imagination, for two decades, with some of the world's fastest and most powerful cars.
But as change sweeps over the automotive industry, Bugatti is at risk of becoming irrelevant. And to illustrate how its fortunes have waned, it will now report to a design office in Zagreb.

In an announcement that was expected, Bugatti is no longer an independent sub-brand of Volkswagen. It has become a joint-venture constituent of Bugatti-Rimac. And don’t let that hyphen fool you, because the Croatian startup hypercar brand, which specialises in electric vehicles, holds a 55% share.

Industry analysts will be quick to point out that Porsche, in turn, holds 24% of Rimac, but the truth is undeniable: Rimac will control the destiny of Bugatti.

What does the future hold? Mate Rimac is promising that Bugattis won’t be rebadged Rimacs. He sees internal combustions engines being part of Bugatti’s immediate future, although they will be significantly hybridised – making the cars even heavier.

This is an interesting point. Bugatti has never marketed lightweight vehicles. In the hypercar class, speed and stability are key, with agile handling and deft responses, being secondary. As such, Bugatti’s customers won’t mind heavy hybrid powertrains, which is an issue that is causing a problem at Porsche, with the future design direction of 911.

Whatever the future holds, Bugatti will now have to do what Rimac believes, instead of operating in its own universe of ideas and decisions.

The most likely outcome of this new Bugatti-Rimac company is a line of hypercars wearing the Rimac badge. And ultra-luxury vehicles, marketed as Bugattis.

Expect Veyrons and Chirons to increase in value, even more, with the announcement of VW effectively ceding control of Bugatti, to a Croatian company. 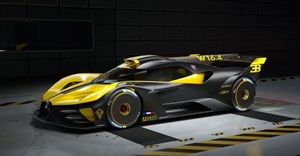 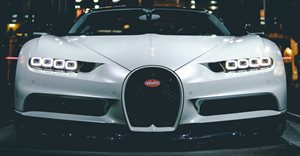 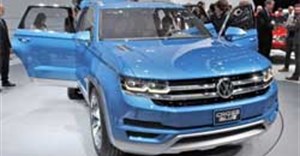 VW to launch midsize SUV in US14 Jan 2014
More related