Rogue One: A Star Wars Story

By: Charles Siboto
Last year Disney gave us JJ Abrams' love letter to the original Star Wars trilogy in the form of Episode VII: The Force Awakens for Christmas. It was frighteningly good. This Christmas they gave us the first stand-alone story in the Star Wars anthology in the form of Rogue One: A Star Wars Story.
It is frighteningly good. Rogue One is a proper Star Wars movie - it is a space opera and, mainly, it is a gritty war drama. It is a look at more everyday sort of people on the ground living under the imperial shadow, it is a look at normal soldiers fighting in the resistance. Rogue One is the story of people making good choices and bad choices at a time when things aren’t as black and white as they seem in the main movies. The Rebellion we see in Rogue One is not the one that we see in A New Hope and the means they use to get things done are questionable at times. This movie is the story of how hope is made possible for the story in A New Hope.

Rogue One is the story of how the Rebellion acquired the plans for the Death Star and you could watch it and almost seamlessly transition into A New Hope. We have always seen Star Wars from the perspective of the Skywalker family and the characters surrounding them and one forgets that both the Rebellion and the Empire are made up of more than just those characters and that both entities came about as a result of the intelligence, industry, courage and sacrifice of many people. The Erso family is at the heart of Rogue One’s story and it opens with Galen Erso, a brilliant scientist who once worked for the Empire, in hiding with his family. They are tracked down and he is forced back into working on the Death Star project as he is critical to its success. Our protagonist, Jyn Erso’s character is forged against this backdrop. She has grown up without her family and never really sure where she stands in the conflict between the Rebellion and the Empire. The rest of the characters are also quite amazing, even though you will not really remember anyone’s name the first time around, except for the droid, K-2SO. The other thing Rogue One does is a lot more exploring of a galaxy far, far away than any of the other movies. You visit more planets in the first few minutes of this movie than all of Force Awakens. It’s nice to be introduced to more parts of the galaxy.

The plot is quite straightforward in that this is the story of how the rebels acquire the plans to the Death Star. Our rag-tag team of heroes consists of conflicted Jyn Erso (Felicity Jones), equally conflicted rebel intelligence officer, Cassian Andor (Diego Luna); the badass blind warrior Chirrut Îmwe (Donnie Yen) and his friend Baze Malbus (Jiang Wen), former imperial pilot Bodhi Rook (Riz Ahmed) and the lovably snarky droid, K-2SO (Alan Tudyk). Mads Mikkelsen and Forest Whitaker brilliantly portray Galen Erso and Saw Garrera respectively. Expect to see some other familiar faces as well. The immediate villain is Orson Krennic (Ben Mendelsohn), an ambitious officer in the Empire who heads up the Death Star project but working under immense pressure from his superiors to get the project complete on time. In the background you have the menace of the emperor being hinted at and Darth Vader making very memorable appearances.

Even though this is a stand-alone story, it ties in perfectly with the Star Wars universe and if you are a fan, you will find Easter eggs for the prequels, the original trilogy and the expanded universe. I went to see Rogue One with a friend of mine who’s not seen the other Star Wars movies and he liked it but at the end he’s like, “Will they destroy the Death Star in the next movie?” I had to explain to him that they did that in 1977 already. So all-in-all, Rogue One is a brilliant addition to the Star Wars universe and director, Gareth Edwards and his crew delivered the goods in terms of story, visuals, pacing and the score. At times they try and force the connection to A New Hope too much but in a manner you can forgive. I will go as far as to say that Rogue One is right up there with Empire Strikes Back and that it is even slightly better than The Force Awakens.
NextOptions
›
Email Print PDF
Follow 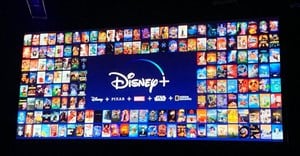 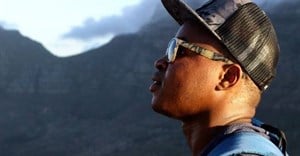 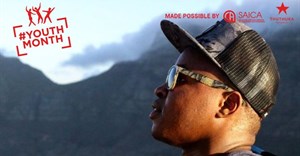 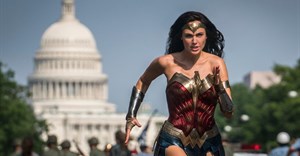 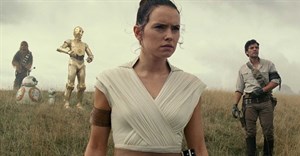