29 May 2008 | Email | Print |  PDF
The Big Issue will soon be introducing a new comic strip to its pages, The Biggish Five, penned by Jeremy Nell. The South African cartoonist is also brains behind Ditwits, a socio-political cartoon strip, which appears exclusively in The Times.
The move signals the end of Nell's legendary Urban Trash comic strip, which sees in its final run in The Big Issue next month.

"The decision to end the strip was an emotional and psychological one. I wanted to move away from its dark, serious and controversial content," says Nell.

Described by him as the "nine generally apathetic lowlifes experiencing the good wholesome South African way of life", the Urban Trash characters made their debut in March 2005 and on to the pages of many a syndicated publication including South African, a newspaper for expats in the UK and the Natal Witness.

In more than 700 strips since then, the characters have thrilled and at times provoked their readers with their dark subtext of crime, gangsterism, and incompetence in politics, but now Nell says it's time to let go.

"It's time for a new season. Only focusing on the negative issues in South Africa is draining and I needed a balance," he says.

His new work promises to be the anecdote to his malaise.

Set in the fantastical world of a game park in South Africa, The Biggish Five's cast of characters include five youngsters Ellie, Lion, Buff, Leopard, Rhino and Leopard, who are fun, cute and disarming. They provide social commentary on popular culture - everything from Internet usage to fashion, music, sport and film stars.

"We're laughing at ourselves if you will, but I'm also targeting myself. With the introduction of The Biggish Five I am breaking down my parameters as a cartoonist and testing my own beliefs against the dictates of these new characters. But most importantly I am having fun and so are the characters," explains Nell.

"I've always loved ‘cartoony' cartoons. In The Biggish Five I am drawing from my single greatest inspiration, which stems from what is popularised as ‘The Golden Age Of Cartoons' - all those fantastic TV animations between the 1930s and 1970s such as Bugs Bunny, Daffy Duck, Woody Woodpecker, Tom and Jerry, Pink Panther and Droopy Dog. However, I am also influenced by numerous comic strips from the same era, such as BC; Wizard Of Id; Shoe; Peanuts; Garfield; The Far Side (which came later), and others."

The Biggish Five is part of a new start for the cartoonist. "I want the strip to be established. I hope to expand it further and even to create a range of merchandise for the characters," he says.

But although Nell is welcoming in the new cast of The Biggish Five, he remains grateful for the experience of Urban Trash.

"Urban Trash taught me how to write and draw comics, how to drink copious amounts of coffee, and how to successfully turn the entire Afrikaans population against me. It is what got me started as a professional cartoonist," he says. "I will always be thankful for the experience and for the support of the publications to which it is syndicated." 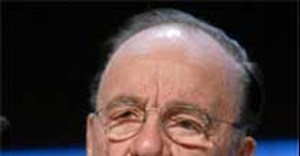 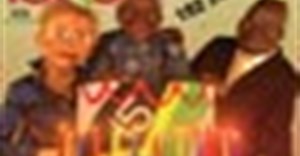 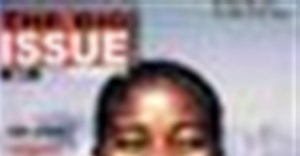