17 Sep 2007 | Email | Print |  PDF
Media24 said in a statement at the weekend that it has taken action against staff responsible for over-stating the audited circulation figures of some of its magazine titles, following the suspension of the affected titles by the Audit Bureau of Circulations (ABC) last week. These include magazine heavyweights FairLady and Sarie. Appropriate compensation for their advertisers is being discussed.

Media24 stated that it is cooperating fully with the ABC in an effort to “thoroughly investigate and rectify the recent misstatements discovered in respect of how some staff were attending to bulk sale transactions”.

ABC general manager Charles Beiles, said that “in view of the serious nature of these irregularities, the board of the ABC has suspended the titles involved, and has withdrawn their certificates for the period April 2006 to June 2007.”

The ABC has also requested that a full audit of all Media24 magazine titles for the period July 2005 to June 2007 be undertaken jointly by the ABC and independent auditors, at Media24's cost. Based on the findings of the audits, the board will decide whether further sanction is necessary, and the period of suspension.

Media24 is, however, at pains to point out that its magazine division publishes more than 65 titles per month, with a total monthly circulation exceeding 5.9 million copies. The magazine division is run on a decentralised basis with 12 separate business units, each with their own circulation department. “Discrepancies have been found in a very limited area of the magazine division, which represents less than 0.6% of the total circulation,” the Media24 statement read.

Since Media24 has a zero tolerance policy toward any dishonesty or improprieties, a forensic audit by an independent firm was commissioned to conduct an investigation immediately upon notice of potential irregularities. The preliminary finding of the forensic audit, which is still in progress, revealed that irregularities had taken place, the publishing giant confirmed Friday, 14 September.

The forensic audit pointed to the actions of specific employees, which limited the misstatement to the circulation figures of the magazine titles within the sole ambit of those employees' responsibilities. “Our immediate response was to restate our circulation figures to the ABC for the titles affected. We did this within 24 hours of receiving the preliminary report,” the statement read.

In addition, Media24 has already initiated disciplinary measures against the staff implicated in the matter. These actions are proceeding in accordance with due process, said the statement.

“We wish to reiterate that management of Media24 do not condone the irregularities. We addressed the situation as soon as we became aware of it, as indicated by the steps we took at the time. We also reported back to the ABC immediately upon receipt of an interim report. In addition, a wider forensic audit is being conducted in the interest of thoroughness. Moreover, Media24 has an integrity charter which staff are required to abide by,” stated Patricia Scholtemeyer, CEO of Media24 Magazines.

Media24 will continue to engage with the ABC about the matter and Media24 will also discuss appropriate compensation with advertisers as a matter of urgency, the statement concluded.

According to the ABC, a routine audit of a number of titles within the Media24 Women's Magazine Division revealed certain irregularities. Media24 had confirmed the existence of these irregularities, and had requested the restatement of certain titles' data from April 2006 to June 2007, based on the result of an independent auditor's findings.

The requested restatements of average circulation are as follows: 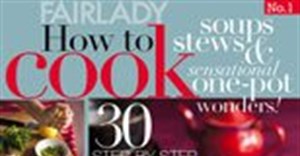 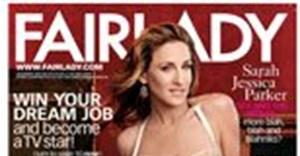