The big business of bicycles

By: Enver Duminy
This year's Cape Town Cycle Tour (CTCT) marks the 40th anniversary of the event. What started as a few enthusiasts huffing and puffing their way around the peninsula has grown into something iconic: the world's biggest individually timed cycle race. It may only take a few exhilarating hours to complete (for those fit cyclists, anyway), but the impact on the Cape's tourism economy is ginormous. This year, according to the organisers, there will be 35,000 competitors, 4 000 of whom are international participants. Those numbers are huge, but they’re a fraction of those who would love to have taken part, but were unable to as space is limited.

In 2016, the average international visitor spend, not including accommodation, came to R1,198 per day. They stayed for an average of three to four days, and some for much longer. 4,000 visitors represents a significant bump on Cape Town’s economy, and, when one looks at participants travelling domestically for the CTCT as well as locals who are joining in, one can see how the total contribution of R500 million to the economy is achieved.

Add to that the fact that the Absa Cape Epic provided R300 million to the economy in 2016 (and will likely do so again this year) and that the Cape Rouleur attracts 160 pro, former pro, celebrity, and amateur riders from 16 countries across Africa, America, Australasia and Europe, a total representing R1 billion emerges.

The CTCT’s Expo is certain to attract thousands to the 245 exhibitors, and spectators will also be spending on the day.

Getting mobile with Warrior on Wheels

2,000 competitors are riding for charities this year, so it’s not all about the ruthless packing of bank balances. With this in mind, Cape Town Tourism has partnered with one of the charities, Warrior on Wheels, to support their efforts. They’ll be taking four children with disabilities on the race of a lifetime in specially-designed buggies, and raising funds to get even more kids mobile. This initiative is in line with our commitment to ensuring Universal Access in Tourism, to ensure that barriers to entry in enjoying events, experiences and attractions are brought down.

It cannot be understated that events such as the CTCT are what keep the city’s tourism sector in a state of growth, as they add value to what is already a world-class holiday destination. Events such as these ensure that more visitors come all year round, and that, in turn, makes sure that more locals can be employed in tourism and that those jobs are sustainable.

Is there a better place to enjoy a healthy, active lifestyle? I think you’d be hard-pressed to find one.

I’d like to give a nod to our tourism operators who are entrepreneurs with the ability to spot an opportunity, such as AWOL, who have taken bicycle tourism to local communities like Masiphumilele. And those offering cycling experiences across the peninsula, from Sea Point to Muizenberg. The scenic routes all over the Cape Peninsula make it an ideal spot for a bit of two-wheeled exploration. Let’s make sure all of our cycling friends are safe on the road this year. 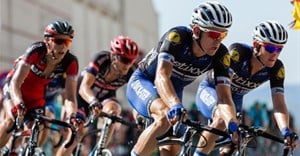