The benefits of being a 'business fox' when scenario planning

By: Leigh Andrews
If you've attended a talk by Clem Sunter, you'll know all about the importance of being more fox than hedgehog in business - here are the red flags to watch for as we approach 2019, in the hope of a once-again thriving economy and what your business needs to focus on to play its part.

Sunter explained how to look at the future based on a talk he calls ‘growing foxes’, with insights into the global economy as we reach the tail-end of 2018, as well as possible scenarios for SA.

Highlighting the difference between single-minded hedgehogs, and foxes, for whom multiple future scenarios are possible, Sunter said it is better to be vaguely right than it is to be precisely wrong.

A hedgehog sees one single future and makes all his plans around that, rejects all other futures and just goes for it. This is a very 'high stakes' strategy because if you get the future wrong, you lose everything. Foxes, on the other hand, have very bright eyes to pick up changes on in the environment, with the agility to get out of trouble quickly and pounce on opportunities.

Sunter says businesses need to be agile like foxes, in order to respond in the best possible way as the point of a flag is to watch it 24/7 for any change.

Ads24 provides Food for Thought for the road to 2019

He then shared two interesting examples on the power of asking for red flags in scenario planning. The first was of asking females what they consider as flags before committing to a potential partner. Top of the list of responses was ‘the parents’ - they picture what their partner will be like in 25 years’ time, based on the example their partner's parents are setting.

Second, and much more serious, was based on a session with Interpol. At the top of their list of flags for 2010 to 2020 was migration as a result of porous borders between countries, closely followed by cyber-terrorism.

Sunter then shared an overview of the top international red flags to watch, which he has shared in previous sessions. Key among these is still the big red flag of religious extremism, as well as the anti-establishment revolutionary mindset, the ‘grey flag’ of the ageing global population and the ‘green flag’ of climate change awareness. Of the last one, Sunter said:

We need to have a serious conversation about what we are doing to heal the planet, as serious climate change will happen this century and will affect our children.

Raising the flag on threats and opportunities

It should be no surprise that corruption remains at the top of the flag watch list, but the good news is that our independent media fights to expose this, and there are other positives to note:

While style of leadership remains a red flag, as you just don’t make it as a divided team, Sunter said we are all looking to Cyril Ramaphosa to try heal the wounds in the country and handle the issue of land reform in a way that doesn’t deepen divisions.

We also need continued pockets of excellence – while South African shopping malls and education tend to be seen as excellent, you need to have money to access these. We need to find ways of replicating the virtue of our good schools without dumbing them down.

Another important flag to consider here is that of entrepreneurial spark. Gone are the days where business created jobs, of waving your CV around and securing a job. Nowadays, the rise of automation and AI means most of us need to create a job rather than get a job, and the skills to do so are different.

The younger generation faces a much bigger challenge here than their parents did.

Sunter says we need to take down the barriers of opening a business and liberating the economy.


Turning the discussion into a debate, Makhanya joined the fray and said:

Binedell said, “Debate done and dusted, what will you do tomorrow? We need activists, we need action.”

Sunter concluded with the words that foxes challenge assumptions by also offering alternatives. Visit his website Mindofafox.com for further strategy tips and remember to watch this space for more coverage of the insights shared, visit the Ads24 press office, and follow the Ads24 Twitter feed and #Ads24FFT2018 hashtag for the latest updates.
NextOptions
›
Email Print PDF
Follow

Leigh Andrews AKA the #MilkshakeQueen, is former Editor-in-Chief: Marketing & Media at Bizcommunity.com, with a passion for issues of diversity, inclusion and equality, and of course, gourmet food and drinks! She can be reached on Twitter at @Leigh_Andrews.
Read more: scenario planning, Clem Sunter 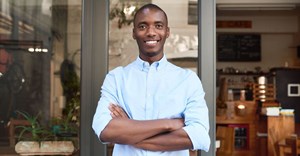 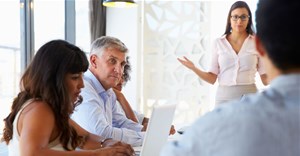 Planning amid the crisis is vital21 May 2020 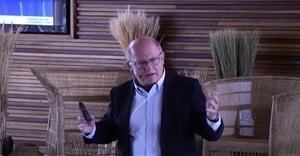 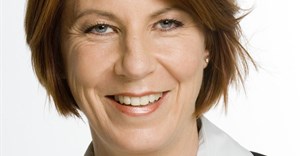 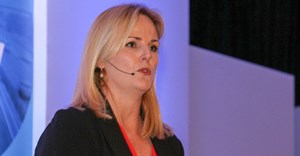