Global examples of advertising to avoid

By: Leigh Andrews
What better way for lawyers to grab creatives' attention than by sending out a cease and desist letter of demand? Luckily in this case it was purely an invite to an event, but if you don't adhere to the legalities of advertising law you may not be as lucky. Here's what three of GALA's global legal lawyers had to say at the inaugural SA GALA event hosted by Adams & Adams.
Adams & Adams is an authority on advertising, marketing and promotion law on the African continent, as Africa’s largest intellectual property law practice. It’s also invested in local creativity as sponsor of Design Indaba and the Young Creative Award at the Loeries. Now, as the exclusive South African member of GALA, the Global Advertising Lawyers Alliance, Adams & Adams were the ideal hosts to an event attended by the alliance of lawyers from around the world. Each offered expertise and experience in advertising and promotional law as a worldwide resource to individuals and corporations interested in solving legal issues affecting advertisers, marketers and creatives everywhere. That’s just what happened on Monday, 17 October when they demanded we ‘cease and desist’ from all normal work activities to discuss and debate significant issues and trends affecting the advertising and marketing industry around the globe.

Things got off to a humorous start with announcement that four of the five speakers were stuck in a lift at the Adams & Adams offices in Thibault Square – luckily this was just a short drive from the Inner City Ideas Cartel, where attendees were chatting and downing a quick coffee while waiting. Luckily, as lawyers they’re well aware of the value of time, so they made up for the slight delay and still ended before the scheduled time, leaving attendees to mingle on the rooftop with champagne and canapes. But I digress…

Charné le Roux, partner with Adams & Adams Cape Town, kicked off by introducing the afternoon as a chance for: “The brightest creative stars to rub shoulders with the sharpest legal minds globally.” There was a real air of excitement as this marked the first time the event has taken place on African soil, with Cape Town a fitting location as it has not broken its stride since wearing the title of World Design Capital in 2014. Many of the top advertising houses are also based in and around the city, making it a top choice. She then introduced the afternoon’s first speaker, Jeffrey Greenbaum. He’s an advertising lawyer and managing partner based in New York at Frankfurt Kurnit Klein & Selz, as well as GALA’s global president.

Greenbaum spoke us through the ‘likes’ and ‘unlikes’ of social media advertising in the USA, explaining that American advertising law falls under overlapping federal, state and local laws. For the most part, those laws are based on general principles, so the Federal Trade Commission offers guidance on unfair or deceptive practice, with self-regulation playing an important role. Also interesting to note is that priorities have shifted over the past decade, from consumer fraud and privacy breaches ten years ago to a renewed focus on whether the advertising environment still works.

Greenbaum says it’s important to take a step back and consider what actually classifies as advertising. Some say it covers all social media and online communications from brands, but while advertisers are liable for what they post online, they’re not liable for content posted by others. To clarify this, Greenbaum played the ‘cellphone popcorn video’ embedded below.

He noted that while the video was definitely created to go viral, no advertisers or call to action is mentioned, it’s purely about sparking conversation, but is considered an advertisement as it was created by a Bluetooth headset manufacturer. Greenbaum added “But cell phones don’t do that, just because it doesn’t look like an ad doesn’t mean it isn’t one.”

Are you asking for fake endorsements?

Greenbaum says to keep in mind who you are creating the ad for and whether its format is misleading. This links to topics like native advertising, where promotional messages are sent in deceptive format. Greenbaum then shared two examples of native advertising that the FTC enforced. The first was against Lord & Taylor paying Instagrammers to photograph themselves in a certain dress and Nylon magazine writing about it without including editorial disclosure. The dress sold out in days. The second example was of Warner Brothers not disclosing upfront that it had solicited paid reviews and promotions for Shadow of Mordor, from big names like PewDiePie. The disclosure was only included near the end of the description box on YouTube, which the complainant said “hardly anyone reads”.

Moving on to address the broader concept of influencers then, Greenbaum explained these include the brand’s employees. Once you build relationships with influencers, they’re more likely to write about you. Giving away free products to the media thus needs disclosure, especially if it’s material items. In how to phrase things, note that simply ‘asking for a like’ isn’t seen as endorsement, but the waters are a little murkier when you ask for a stronger emotion like ‘love’, and then use that to promote how much your brand is loved online.

Here’s how to disclose effectively: Greenbaum says the disclaimer must be clear and conspicuous, but it doesn’t really matter where it is or what it looks like as long as it works. This can be problematic though as consumers are not obligated to seek it out and read a buried disclaimer, so consider where the ad will be viewed, if the language used is clear, and disclaimer hyperlinks are not good enough, as they’re avoidable. Greenbaum also says to use the disclaimer every time, not just in your first tweet or by placing it in your bio box as social media doesn’t work that way.

Moving on then to whether online reviews are reliable, Greenbaum says to check how they were solicited. Using social media responsibly must not cause substantial consumer harm. So even if’s nothing illegal, social media missteps can become a big PR problem. An interesting aspect of this is the use of celebrities on social media: You need their written permission to use their name, picture, voice or likeliness, but think of how everyone latched onto the #RIPPrince hashtag.

Introduced as the UK’s ‘adlaw guru’, Brinsley Dresden, partner at Lewis Silkin LLP, then presented the UK perspective on native advertising with a specific focus on gender issues in advertising. He agreed with Greenbaum’s point that the legal and regulatory issues of social media cover a true mixed bag of topics like consumer protection and intellectual property.

My piece in Campaignlive today about what marketers need to know about TfL's new ad ban https://t.co/BoFhhXulvw

Dresden shared this example of the Daily Telegraph’s Michelin insufficient labelling of sponsored content from 30 December 2015.

He then highlighted gender issues in advertising as ranging from mild mocking to going so far as to reinforce stereotypes, sexualise the under-aged and promoting unrealistic body images. What’s interesting is that this type of offensive sexualisation is typical for perfume ads but raises consumer anger when seen in fashion or retail advertising.

The fine line between funny and felony

Rounding out the international perspective was Daniël Haije, partner with Hoogenraad & Haak advocaten in Amsterdam with a few advertising law lessons from Holland and the EU. As time was tight, he only shared three quirkily numbered examples with us:


Lesson 5: Don’t underestimate the knowledge of Dutch consumers, especially when it comes to misrepresenting other destinations as South Africa...

Before, you could get away without an injunction if there wasn’t a trademark. But on 6 August 2015, The Hague court ruled the Oculus/i-Optics an unfair comparison based on obsolete software with Pan-European or EU cross-border injunctions now fast, relatively cheap and effective.

While entertaining, the presentations served as eye-openers for attendees. Watch this space for further coverage next week, click here for a gallery of the afternoon's proceedings, visit Adams & Adams for more and follow the speakers on Twitter. Greenbaum (@jeffgreenbaum) posts almost daily about adlaw, Dresden (@brinsleydresden) highlights the harm of gender stereotypes and Haije (@danielhaije) posts in Dutch.
NextOptions
›
Email Print PDF
Follow

Leigh Andrews AKA the #MilkshakeQueen, is former Editor-in-Chief: Marketing & Media at Bizcommunity.com, with a passion for issues of diversity, inclusion and equality, and of course, gourmet food and drinks! She can be reached on Twitter at @Leigh_Andrews.
Read more: Adams & Adams, Global Advertising Lawyers Alliance, advertising law, Frankfurt Kurnit Klein & Selz, Brinsley Dresden 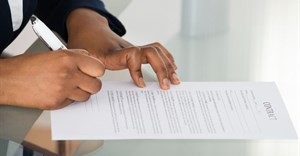 Cancellation of a property sale agreement. What are the implications?15 Jun 2022 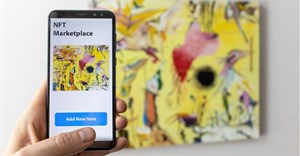 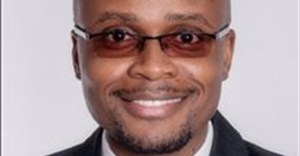 Can organisers be held liable by attendees of super-spreader events?3 Feb 2021 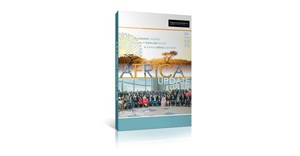