By: Leigh Andrews
The definition of media freedom is closely linked to that of freedom of expression as per the Constitution, for individuals to impart information and ideas without fear or favour. Luckily, it's becoming harder than ever to 'kill the story' in these technologically advanced times.
We may be hurtling towards 2019 but freedom of speech isn’t necessarily a given the world over. Especially if you’re one of the elite few working for what’s long been regarded as the fourth estate – the media.

No-one said the life of a media worker would be easy, but it's an especially stressful day job in Africa. Not only do you need to multitask like a pro and dash from pillar to post, but reporting on reality means your life is often at stake – quite literally.

And that’s here in SA, where we’ve got it relatively good’.

Last week saw the launch of Open News, and chatting to MD Nisa Allie really brought home the importance of having a free and diverse media – something much of the Western world takes for granted.

Allie reiterated that for the longest time, South Africans weren’t allowed to consume news in a non-biased way. “We were robbed of the opportunity to form our own opinions around the news, so for a long time in this country, post-democracy, we needed to provide news that was fair, did not show bias and was not opinionated.”

How the Constitution enhances the flavour of our news

Now, they use the Constitution as a base for content presented, for what South Africans should know as to every single person who is protesting or suffering as a result of the economic situation, it’s the same Constitution we all refer to. And there are stacks of flavour in the voices reporting on our reality.

That’s why Allie counts their future success as lying in their approach that’s similar to what’s being done in the talk radio space: Asking questions, providing insights and encouraging viewers to do the same by sending in WhatsApp notes, and videos, and ‘Saturday braai’ opinions.

How to launch an independent TV news channel like Open News

Despite a few hiccups on the road to media independence, we’ve certainly come a long way, as Wikipedia to further unpack the ‘chequered history of press freedom’ in South Africa based on government censorship during the apartheid years.

Freedom of expression and the need to protect reporters

With the end of apartheid in 1994 however, censorship ended thanks to the new constitution Allie refers to, as well as the Bill of Rights that guarantees that every citizen has the right to freedom of expression.

That includes freedom of the press and media, the freedom to receive or impart information or ideas, freedom of artistic creativity, academic freedom, and freedom of scientific research.

As these freedoms are generally respected, our press is considered relatively free, with “little evidence of repressive measures against journalists”.

But just because our own media is free and fair, doesn’t mean we’re protected when reporting from the rest of the globe.

A late night SOS on Facebook alerted friends, colleagues and her employers, the Committee to Protect Journalists (CPJ), which lobbies for press freedom around the world, that media activist and former South African journalist and editor, Angela Quintal, and her colleague, Muthoki Mumo, were being taken away for interrogation from their hotel in Dar es Salaam, Tanzania.

Luckily, the two were returned to their hotel unharmed, and have since had their passports returned.

According to Daily Maverick, press freedom is threatened by President John Magufuli’s regime in Tanzania. Journalists have disappeared while others face suspensions, threats of violence, arrests and bans. Newspapers have been forcibly shut down.

This brings to mind the Khashoggi murder case, where Washington Post journalist Jamal Khashoggi disappeared on entering the Saudi consulate.

Tech making it harder to kill the story

The tragic case highlighted the role of the media as the fourth estate, as well as the fact that killing the journalist does not necessarily mean you've killed the story – especially with the ease of access to social media meaning traditional media lines are blurred.

In fact, with the first anniversary of Maltese investigative journalist, Daphne Caruana Galizia's assassination by car bomb just behind us, the importance of media freedom is first and foremost.

Marcus Brewster reports that Galizia’s death inspired a new the Onion Router – it’s a cloud-based system using the anonymous Tor network, that allows journalists and other organisations to establish a trusted grid of storage points within the wider network to then upload and download files using a simple web app.

The users that compose a trusted grid each share the responsibility of storing incomplete pieces of each other’s encrypted files with zero knowledge of how many other parts there are, which peers are storing them, or how to read their contents…Once tested we can work with journalists to implement the tech and give these heroes another layer of security, another tool to help them do their work.

A South African's guide to moving to and making it in Malta: When Daphne met Dropbox

We all need to join the fight for media freedom.
NextOptions
›
Email Print PDF
Follow 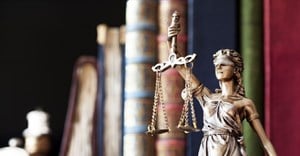 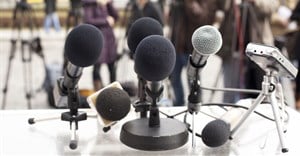 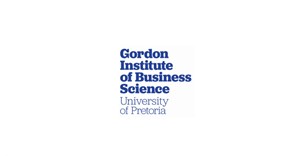 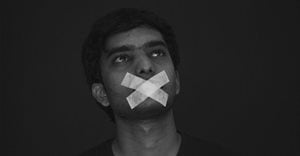