Behind the Selfie News South Africa

By: Jessica Tennant
Esports shoutcaster Sam Wright tells us that what's really behind her mask is make-up free better skin that hasn't dealt with potential sun damage in over a year.
As most major esports events are based in Europe and Asia, Wright went from living out of a suitcase and working with production teams around the world to being at home 24/7.

When the lockdown happened, she had to become her own sound engineer, camera person and producer and set up a home studio where she now still commentates competitive gaming events.

"It's been tough. Having to be able to fix lighting and sound while also live on camera to 10,000 viewers is pretty stressful," she says, although admittedly she does enjoy being able to do the broadcasts in a camera-ready top and pyjama pants.

"Random load shedding has added to the mini freakouts but in one year I've been able to upskill and learn a lot about what goes into a live production."

So, Sam, where are you locked down?

I'm locked down in Bryanston, Johannesburg. My lockdown location changed after having to move in the middle of Level 4. Should we ever find ourselves there again, my top tip is: DON'T MOVE!

Describe a typical workday, if such a thing exists.

I'll usually get out of bed at around 9am/10am (keep in mind my workdays are weekends), make a cup of coffee and jump straight into emails.

Then I'll publish any of my personal content online before starting prep for a live broadcast. Prep usually consists of making notes about the show, the players competing and any game notes I think might be relevant.

Then I pack the "admin" gear away, close my curtains and pull up my green screen. I'll then shower, grab something to eat and get ready for broadcast (I've had to learn how to do camera-ready makeup and hair, a skill I'm yet to master!).

Around 1:30pm I'll turn my PC on, set up my lights, camera and mics before jumping in for tech rehearsals with the teams I'm working with (the teams being various production and broadcast members based all over the world - Canada, the USA, the UK, Sweden and even Thailand!).

We usually go live around 3pm/4pm South African time and then I'm on a broadcast until late in the evenings. When we're done, I switch everything off and get ready to go again the following day!

How do you maintain a good rapport with your teammates/clients?

When it comes to live broadcasts where my job is to create conversations with other commentators or build narrative around the competitive gaming the viewer is seeing online, it is really tough.

Nothing beats real-life interactions and being able to play off one another's body language or use simple hand signals or looks to signal when someone can speak or jump into a conversation.

With online events we've had to adapt to not having those social cues to work off and it is extremely tough.

Communicating to behind-the-scenes production staff is now down in Discord and Slack channels as opposed to quickly popping behind camera to chat to production during a break.

It's a completely new way of working but definitely has, in my opinion, forced me to push myself out of my comfort zone and try new techniques to still deliver the same quality on a live virtual show.

How do you socialise these days?

Socialising for me these days is playing video games online with friends. If I'm completely honest though, a large amount of my socialising before lockdown also consisted of online gaming with friends, so I haven't felt the lack of socialising as hard as many others. My job, by nature, is pretty social, so I'm still feeling pretty good.

What do you do to keep fit/healthy and/or sane (physically/mentally)?

When lockdown started I was really good at doing home workouts, eating well and forcing myself to log off when I wasn't working. However, as time has gone on I've lost the balance and, I'll be honest, I think I'm not in a healthy space physically at all.

I struggle with home workouts (and because of broadcast commitments, don't want to risk going to the gym just yet), my sleeping patterns are a bit of a mess and obviously weekends and evenings have become work time.

It becomes extremely hard to switch off or find balance.

Sleeping your mornings away doesn't help.

I also know I'm not the only one struggling.

I'm working through it and trying to implement healthier changes, but it isn't easy!

What new apps would we find if we scrolled through your phone?

The Covid Alert App for sure as well as an app to help adjust my studio lights via Bluetooth. I've also got the Nike Training App downloaded now, to help motivate me to work out. I've recently set up a four-week plan with the app and was so surprised at how helpful it has been.

What is the first thing you plan to do when the lockdown lifts?

The moment lockdown lifts and it's safe, I want to go to a club and watch some live music, be squashed with other people singing and celebrating. I used to hate that, but now I miss it!

Describe your career and if/how the pandemic/lockdown has affected its course.

I'm an esports shoutcaster. So, I commentate on competitive video game tournaments.

Most of my work is overseas as the South African esports industry is still in its infancy.

I think lockdown has somewhat benefitted me. Flying me out from South Africa was always an expense bookers had to take into consideration. While it didn't impact me much and I still got a lot of work, I know I lost out on opportunities because of those long travel times and the country's distance from certain spaces. Virtual broadcasts have allowed me far more opportunities because that distance no longer matters.

Esports and gaming has obviously also become even more popular because people are looking for fun hobbies, which is great news for the smaller South African scene.

For my own career, I'm just keeping my head down and doing what I've always done: working as hard as I can to bring the best show to the viewers and tell the players' stories.

Any companies/brands that you feel have responded particularly well to the crisis and/or Covid-19-related campaigns that stand out to you, and why?

Locally I thought what Toyota did with the Toyota Esports Challenge was really fun. They identified that people were on their computers and consoles playing games and found a way to reach out to them, including them in competitions with their favourite players and fans. At the end of 2020 they hosted an online rally racing competition which I had the opportunity to shoutcast. The public could enter but celebrities also competed as did some of the best sim racers and real-life rally racers in the country. It was a great way to bring a host of different people together in a fun format and safely.

What are you working on right now?

In January I hosted the Dreamhack Open featuring Fortnite and for the month of February I was the host for the Free Fire Europe Road to Pro League Season 2 which ran every weekend and the grand final will be taking place this Sunday.

I also recently commentated a sim racing series for Race Club International where each Monday night sim racers from around the world raced on real-life tracks in game as part of a Ferrari Evo Cup. Every racer drives the same car so you really get to see the skill of the drivers. I'll likely be picking up some more sim racing commentary work as well.

How do you go about marketing yourself, securing work and find freelancing in an international space?

I think that marketing yourself to secure work really just comes down to doing the best possible job you can. I always say you’re only as good as your last gig so I try focus on always giving 100% whether it is a big international broadcast with 10,000 viewers or a smaller South African esports competition with selected fans invited to watch. I think that has helped with freelancing in general. When it comes to the international space I do have an agent based in the UK which helps securing work. Also, though, I think just doing a good job regardless means repeat work and new potential clients reaching out.

What does the ‘new normal’ look like to you?

What are some of the buzzwords floating around at the moment, and some of the catchphrases you utter yourself?

'New normal' comes up all the time. 'Adapt' as well. Purchasing an inverter is now a priority if I'm going to continue my line of work.

What advice would you give to other industry folk during this time?

When it all feels a bit overwhelming try remember why you chose your career path and what made you passionate about it. There have been a few times where I've felt helpless and panicked: by grounding myself and remembering why I got into this in the first place, I've been able to overcome the fear and keep going.
NextOptions
›
Email Print PDF
Follow 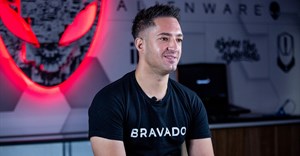 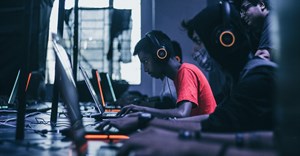 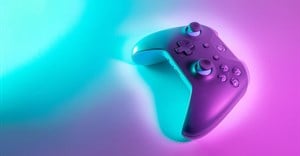 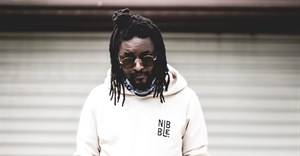 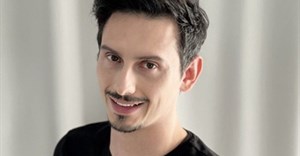 Group One invests in gaming and esports industry26 Nov 2021