Laughs from the past in Defending The Caveman

By: Eugene Yiga
Have you ever wondered why men don't ask for directions? What about why women need so much cupboard space? Many of us have, which probably explains why Defending The Caveman has been such a phenomenal success. From its start in San Francisco over 20 years ago, this "date comedy" has now been seen by over 8 million people in 45 countries around the world (and still holds the record for the longest running solo play in Broadway history). Fortunately for those who missed it before, it's back for another South African season so more of us can see it too.

Men as hunters, women as gatherers

Defending The Caveman mostly aims to identify the differences between men and women, so we can all enjoy a really good laugh. On this level, it works brilliantly. Creator Rob Becker wrote the material over a three-year period that included informal research into anthropology, psychology, and other related fields. Whether or not his findings are scientifically accurate doesn't stop them from making so much sense! 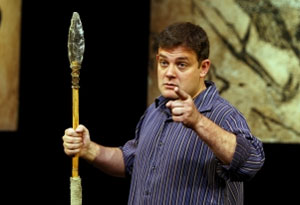 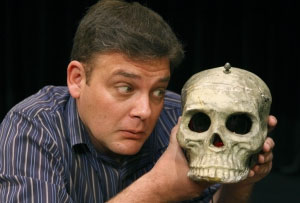 Simply put, it seems that the evolution of men as hunters and women as gatherers explains why we have such different customs about language, emotions, conflict, TV, shopping, driving, and more. Throughout the show, people kept nudging their partners because the descriptions were spot on. And even though the jokes are told from the male perspective, Defending The Caveman isn't politically incorrect or insensitive to women; there was plenty of laughter from both sides.

But Defending The Caveman also attempts to go a step further by helping us reconcile our differences and find common ground. This part was a bit shaky, perhaps because the structure wasn't entirely clear. There were repeated references to a conversation at a braai and the appearance of a prehistoric sage, but these weren't emphasised consistently enough to tie the ideas together.

The ending did touch on how important it is to step into someone else's world without judgement. It was beautifully phrased and made perfect sense, but I'm not sure how many people resonated with that advice. Some might have been waiting for a punch line, even though it was meant to be sincere; others might have felt that two hours of virtually uninterrupted laughter had left them unable to take in anything else. 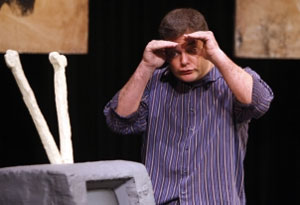 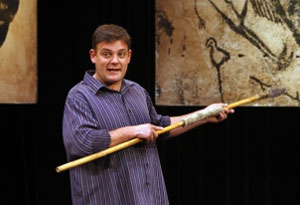 Diverting from the script

One thing that was pretty clear for everyone was the talent of master comedian Alan Committie. Under the direction of his predecessor Tim Plewman, he's performed the show almost 600 times over the past several years (and will be laying down the spear once this season ends). Somehow, he still manages to keep it fresh. Part of that is because Defending The Caveman still leaves room to add some modern references; mostly, it's thanks to Committie's brilliant improv skills.

As he did so well in the recently staged Funny Business, he occasionally diverts from the script to ask for audience responses or make jokes about whatever is happening in the theatre on that particular night (sneezes, bathroom breaks, et al). Sometimes his detours go a little off track, but he's so good at what he does that it's hard not to appreciate the dexterity on display. I guess this means men can multitask after all!

Defending The Caveman is showing at Cape Town's Theatre on the Bay until 28 July, 2012, and will then move to Pieter Toerien Main Theatre in Johannesburg from 8 August, 2012. Tickets are available from Computicket or by calling +27 (0)21 438 3301.