B2B magazines need to up their game

By: Angelo Coppola: @angelo2711
I was paging through a couple of B2B (trade) magazines recently, having decided it was time to empty out our business postbox, and I was hugely disappointed and dismayed...
As an ex-journalist, editor and presenter, I have sat in numerous chairs and do understand the pressures and stressors associated with a variety of media platforms. Nonetheless, I was disappointed. And, no, I'm not going to name and shame...

I was disappointed that the content in B2B magazines remains generally unchanged. It's almost as if editors and journalists have rehashed the same content from several years ago, and simply put another or newly appointed talking head in the photograph. In fact, even the headlines look and read the same.

In terms of the layout, it appears as if there is only one layout person in the entire B2B magazine space in South Africa. Every magazine looks and feels the same. Big headline, big picture, big drop-cap and 350 words later - mission accomplished - one bored reader; one happy advertising sales person and a client AVE of R10 000.

So I was directed to the Trade Association Business Publications International (TABPI) website for this year's best individual edition TABBIE winners... and, lo and behold, there was a SA publication in second place.

A quick look at those titles that were competing for top place revealed this gem - The Valuation magazine by the Appraisal Institute. Which proves that artistically applied layout can make any content interesting and entertaining and a platform that any corporate client would be proud to be associated with.

Meanwhile, back to my problem: You see, there is a drive by some PR people to push a client into a B2B magazine, simply to assuage their client's corporate ego, get one piece of coverage and add to the advertising sales rep's figures. Now, if it looked like and read like one of the winning titles in the Tabbies, that would be a proposition.

Is it any wonder that B2B magazine publishing is still perceived to be the poor cousin to mainstream consumer media?

Worth the potential reputational risk?

From a public relations point of view, PR people need to seriously evaluate whether having their client appearing in a particular industry-related B2B magazine is worth the potential reputational risk to their client's brand.

Gone are the days when these magazines were the default option when it came to editorial or advertising support. The explosion of online B2B media platforms has taken care of the high-cost-of-advertising argument that the B2B sales reps used as a means to almost 'blackmail' industry players into advertising in their magazines.

The solution for B2B publishers and editors is a simple one.

Go online; improve the level of your editorial; find a new layout template or layout artist; cater for an international, if not continental readership; stick to your knitting - you aren't creative ad agencies designing adverts; and, most importantly, don't treat your advertisers or readers as a necessary evil - embrace them in your media platform; after all, it's really their platform.
NextOptions
›
Email Print PDF
Follow

Angelo Coppola runs his own PR shop (Channel Managed PR), when not looking for something worthwhile to champion. He specialises in tactical content, media liaison & strategic and tactical PR. He's an ex-financial journalist. Email him at az.oc.rpmlennahc@olegna, follow him on Twitter at @angelo2711 and read his musings at www.posterous.com/angelo2711.
Don't miss BizTrends2022 - 7 keynote speakers forecast trends shaping business in our region! Register now! 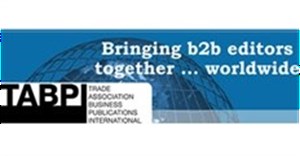 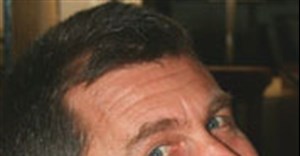