14 Jan 2015 | Email | Print |  PDF
By: Phakamisa Ndzamela
How are banks expected to fund farming activities on land that has no title deeds and is under traditional authority?
This has been the question I've been bombarded with after last week's column about the opportunities in farming for young people. I wrote of the need for farming to be made more appealing to the young and for banks and other lenders to look at funding production on fallow land.

Many of those who asked the question quickly said banks would stay away unless the masses of our people were given title deeds by the traditional authorities. I sympathise with this argument. But I think many banks and lenders have used this as an excuse not to extend affordable credit in rural areas. Financial institutions have hidden behind what I call the "Hernando de Soto argument" and have failed to be innovative when it comes to structuring lending that could help untitled rural land become more productive.

In his classic, The Mystery of Capital, Peruvian economist De Soto addresses the issue of dead capital through research in a number of cities, including Cairo, Lima, Port-au-Prince, Manila and Mexico City. He argues that people are excluded from the capitalist economy partly because there are no asset registers for real estate, limiting the capital that could be accessed if the real estate was titled and used as collateral. When this was published at the turn of the millennium it estimated that the total value of real estate held by the poor but not legally owned in the third world and former communist nations was at least 9.3 trillion.

De Soto's research was not limited to the cities mentioned. In fact, he visited SA and made a similar argument.

As much as one sympathises with the "dead capital" theory, I believe banks could be more creative in dealing with this challenge if there was the will to do it. While SA engages in a long debate on whether rural land under tribal authorities should be titled or not, banks could still lend.

Already there is one popular bank that funded the home loan of a very important person, whose rural house has been debated in almost every corner of society. Perhaps the bank could emulate that model for ordinary South Africans on rural land who want to make their land productive but are struggling to source cheaper credit.

Second, I know of many people who have loans for homes on land they do not own. Take sectional title. Many people in such complexes do not own the land but banks still register a bond by using the bricks and mortar as collateral. Why can't this apply in rural areas to make farm land more productive and reduce unemployment?

Third, the crops and livestock in rural areas could be used as collateral for secured credit. Many people in rural areas have hundreds of sheep and cattle. That can't be called dead capital! More financial institutions need to offer insurance to the rural people on untitled land for the crop and the livestock that they have to make these rural assets more valuable. Banks generally offer what is called a notarial bond. This is a mortgage for movable property. These notarial bonds are offered a lot in the cities, especially to those who run shops. Why don't we have a lot of notarial bonds in the rural areas for livestock?

Lastly, the banks have a key stakeholder in local government. His name is Pravin Gordhan, the former finance minister. In his new role the banks should this year facilitate engagements with Gordhan on the best way to offer cheaper and secured credit in rural areas. I know of many victories that were won by SA's banking system when Gordhan was finance minister.

The banks should this year use their relationship with Gordhan to sort out the bottlenecks that suffocate funding to land under traditional authorities and constructively debate whether the issue of title is the only solution to funding. Perhaps there could be agreements with traditional authorities on how best to offer secured credit in rural areas.

SA's banks have done very well in creating billions of rand in shareholder value for some black participants. However, that sort of empowerment cannot be the be-all and end-all. Finding creative ways to fund projects on untitled rural land in order to drive commercial agricultural activities in rural areas could be a broader way of empowering the masses.
NextOptions
›
Email Print PDF 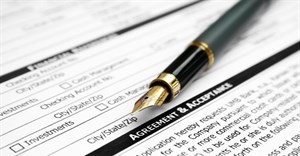 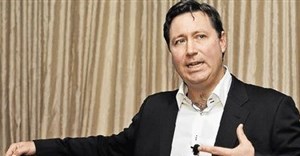 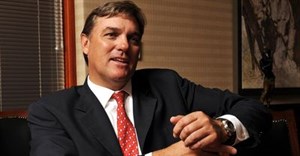 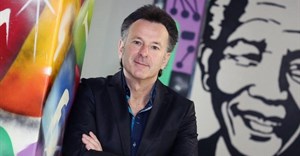