14 Feb 2018 | Email | Print |  PDF
Issued by: Fox Networks Group
Hit shows like The Gifted, The Resident and Ghosted will be joining the Fox Africa schedule
Fox Networks Group (FNG) in Africa and 20th Century Fox Television Distribution have announced a new agreement for exclusive premieres and acclaimed series on FOX in Africa. The highly anticipated new series set to premiere on the channel include The Resident, The Gifted, Ghosted, American Dad and Family Guy.

First to premiere will be The Resident in March on the 27th, a powerful new medical show centred around a young doctor’s final years of training. Dealing with both the good and the bad, audiences can get ready to experience what really happens behind the doors at hospitals. Starring Matt Czuchry (The Good Wife), Emily VanCamp (Revenge), Shaunette Renée Wilson (Billions), Manish Dayal (Halt and Catch Fire), Melina Kanakaredes (CSI: NY), Bruce Greenwood (The People v O.J. Simpson: American Crime Story), Moran Atias (24: Legacy) and Merrin Dungey (Big Little Lies).  The Resident will premiere on 27 March at 21:00 CAT.

In what will be a bumper month, The Gifted and Ghosted are set to premiere a week apart. Ghosted (14 April, 20:25 CAT), a single-camera, live-action comedy, tells the story of a partnership between two polar opposites – a cynical skeptic and a genius “true believer” in the paranormal – who are recruited by a secret government agency, known as The Bureau Underground, to save the human race from aliens.

On the 23rd of April The Gifted will premiere at 21:00 CAT. Set in the X-Men universe, produced by 20th Century Fox Television in association with Marvel Television, family adventure series The Gifted tells the emotional story of a suburban couple whose ordinary lives are rocked by the sudden discovery that their teenage children possess mutant powers. Forced to go on the run from a hostile government, the family seeks help from an underground network of mutants and must fight to survive.

In what will become a triple play of animation from 18:00, and joining The Simpsons – the longest running scripted show in television history – is Family Guy and American Dad. Created and executive-produced by Seth MacFarlane, Family Guy is now in its 17th season and guaranteed to entertain its die-hard fan base with razor-sharp humor, spot-on parodies, spectacular animation and orchestra-backed original music. And 12 seasons later, American Dad continues to be a fan favourite, focusing on Stan Smith, a CIA agent in Langley Falls, Virginia whose main objective in life is national security. The animation triple-play is stripped daily from 18:00 CAT.

“The timing of the conclusion of this deal could not have been more perfect, having just launched the second season of Lee Daniels’ Star on the FOX schedule on Thursday nights”, says Programming Director Tracey Gilchrist. “Empire season 4 Part B returns in March, filling the schedule with absolutely the best in class from 20th Century Fox Television content and we are thrilled to be able to bring to our fans this variety of content to ensure there’s something for every taste on the schedule and a thrilling start to 2018.”

The fan-fare however on the FOX Africa schedule started in January with the much-anticipated The Assassination of Gianni Versace: American Crime Story, broadcasting 24-hours after the U.S. premiere on Fridays at 3:00am CAT, and available for DStv subscribers an hour after broadcast on Catch-Up.  The X-Files, which needs no introduction, consisting of ten thrilling episodes, also made a comeback on the schedule for the 2018 instalment of this cult series.

All of this content and more will be available to FOX Africa viewers on multiple platforms such as Black, DStv, Kwese and StarSat as well as StarTimes. 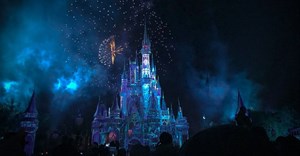 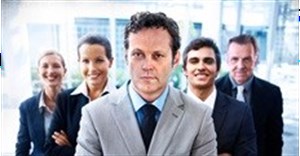