5 May 2016 | Email | Print |  PDF
Issued by: Cyril Ramaphosa Foundation
The Cyril Ramaphosa Education Trust (CRET) recently hosted its third annual awards ceremony in Johannesburg to honour its bursary students for excellence in academics, leadership and community service.
The Deputy President of the Republic of South Africa and founder of the programme, Mr Cyril Ramaphosa, his wife Dr Tshepo Motsepe, and other esteemed guests such as Ms Phuti Mahanyele, the executive Chairperson of Sigma Capital, and a Forbes 100 Most Influential Businesswomen in the World candidate, attended the event.

In 2015, CRET had a higher number of students obtaining distinctions in their various fields of study. Remarkably, of the 44 students on the programme, 20 obtained 45 distinctions between them.

Catherine Reynders and Fortunate Mukovhe Rangwaneni were bestowed the coveted overall 2015 Student of the Year award, which was presented by Mr Ramaphosa and Dr Motsepe.

The Student of the Year Award recognises the student or students who have gone beyond simply achieving on the academic front, but who have displayed exceptional achievement in the fields of leadership, sport or community service.

Catherine, the reigning Miss Benoni, achieved seven distinctions in her third year of a teaching degree at the University of Pretoria. She also had the opportunity to raise R120 000 for the Wings of Hope cancer care centre, one of the outreach programmes she is involved in. Her goal for 2016 is to work with an AIDS orphanage called Acres of Love.

Fortunate was offered a three-year training contract post-graduation by KPMG in just her first year of study. Besides outstanding academics, she also joined an NPO called Botho Bathong and became a head tutor in the programme. She has also assisted an organisation called Malaika Orphanage to arrange a motivational event for orphans while still focusing on her academics.

In closing, the audience was addressed by the Honourable Deputy President Cyril Ramaphosa, who said he was proud to be part of such a leadership-enhancing organisation.

Mr Ramaphosa, who is also the Chairperson of the foundation, expressed the need for all South Africans to read more and encouraged a culture of giving back to be instilled in the students who had been fortunate enough to earn bursaries.

“The story of CRET is one of incredible youngsters developing into incredible individuals,” he said, adding that CRET alumni were now contributing towards an additional bursary each year.

He went on to address the #feesmustfall campaign relating how education needs to be more accessible to the youth of South Africa.

Mr Ramaphosa also encouraged corporates and individuals to collaborate with the programme to support the initiative in making a difference in the future of South Africa.

The ceremony also honoured four students that CRET collaborated with through the National Peace Accord Trust (NPAT). These students have graduated with qualifications in Social Auxiliary work.

Catherine Reynders
Catherine Reynders is an all-rounder who was awarded a bursary to study towards her Bachelor's degree in Education at the University of Pretoria, after dropping her medical studies to pursue her passion to be a Maths teacher. She achieved 20 distinctions in her first two years of study under the CRET programme, and in 2015 was nominated to the Golden Key International Honour Society, as well as being crowned as Miss Benoni and raising R120 000 for a cancer care centre in this capacity. A keen dancer, she also works with an Aids orphanage and teaches Maths to young girls.

“Teaching has been my passion for as long as I remember ... I wish to fulfil this so I can give the youth of South Africa the same opportunity I was given,” she says.

Fortunate Rangwaneni
Fortunate Rangwaneni, an accounting student at the University of the Witwatersrand (Wits), was offered a three-year post-graduation contract as trainee accountant by KPMG in her first year of study. On top of her academic success, she is head of non-profit organisation Botho Batong’s tutoring programme, which takes place three times a week. She further exemplifies the CRET ethos and has helped organise a motivational day for orphans in Hillbrow, and mentors six matric learners from her former high school.

The Office of the Presidency posted the following video of the 2015 CRET Awards:

About the Cyril Ramaphosa Education Trust

In 1996, Cyril Ramaphosa began providing bursaries to disadvantaged students to attend university.
He did this by donating money he earned from his public speaking engagements. This resulted in the establishment of the Cyril Ramaphosa Education Trust (CRET) in 2000.

Some 20 years later, there is a growing hall of fame as CRET-enabled graduates realise their dreams of becoming highly qualified professionals.

The 2016 student intake is the largest to date with 53 students supported at learning institutions across the country. To date, some 111 students have benefited from the programme with 46 graduates adding value in the South African economy.

Alongside this financial support is a mentoring and coaching programme. All students attend holiday work experience programmes twice a year, where they get exposure to the workplace, holistic experiences in self-development, teambuilding and networking a in a supportive environment. CRET encourages a culture of social responsibility that also grounds many of the students.

CRET alumni take on the roles of mentors to new students and many contribute financially to the programme.

In 2016, Mr Ramaphosa will host the first CRET Invitational Golf Fundraising event, an exclusive golfing experience near his private game farm in Bela Bela, which will aim to raise funds for further bursary opportunities for South African students.

About the Cyril Ramaphosa Foundation

The Cyril Ramaphosa Foundation is an independent non-profit organisation that improves lives and creates opportunities through education and enterprise development.

Formerly known as Shanduka Foundation, it was established in 2004 by Shanduka Group and its founder Cyril Ramaphosa.

Following the divestment of Mr Ramaphosa from Shanduka Group in 2014 and its subsequent merger with Pembani Group, the Foundation changed its name to Cyril Ramaphosa Foundation and became an independent organisation that continued to fulfil its mandate outside of the merged company.

Adopt-a-School and Kagiso Shanduka Trust, through their Whole School Development model, fill an important gap in the provision of quality schooling. Adopt-a-School mobilises government, companies and individuals to support the creation and enhancement of a conducive learning and teaching environment in disadvantaged schools.

Shanduka Black Umbrellas works with partners in the private sector, government and civil society to develop 100% black owned businesses to a level where they can gain meaningful access to markets, finance and networks. It also offers holistic procurement and supplier development solutions to corporates.

Over the 12 years of its existence, first as Shanduka Foundation and now as the Cyril Ramaphosa Foundation, it has had a meaningful impact on economic and social development in South Africa. Together with its partners, it will continue to make a difference in the lives and circumstances of so many more. 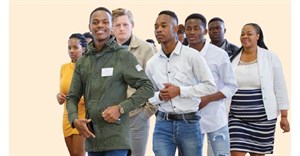 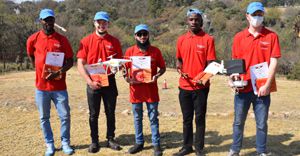 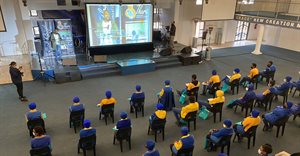 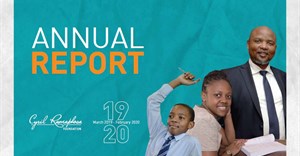 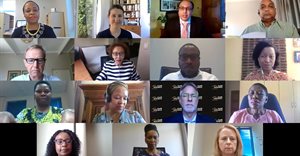 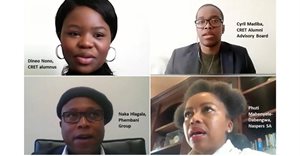 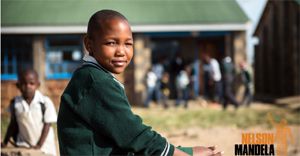