More trade desired between SA and Italy in auto sector

1 Nov 2016 | Email | Print |   PDF
Representatives from the automotive industries in South Africa and Italy met recently at the South Africa-Italy Summit 2016, organised by the European House - Ambrosetti in Johannesburg, to share insights into the automotive value chains in each country and explore potential avenues for cooperation and trade. Speaking at the conference, Paolo Olivero, country leader in South Africa for CLN-MA – an Italian-based company that produces and assembles steel automotive structural parts, components, sub-assemblies and modules – said there were plenty of opportunities for the two countries to work together.

The automotive industry in South Africa accounts for 7.5% of the national GDP and for 14.6% of total South African exports. The sector has experienced considerable growth over several decades, becoming a full-scale, globally integrated and export-oriented manufacturing industry capable of attracting major international OEMs.

The sector is currently in a growth phase, having experienced production increases of more than 9% between 2014 and 2015. This has allowed the sector to attract international investments and provide unique opportunities deriving from the need to complete the national value chain. Local content in the final product is no higher than 50%.

Major opportunities are available especially for Italian second- and third-tier producers operating in high-tech sectors of the value chain and/or involved in the production of electronic equipment, interior components, and automotive-grade plastics.

“As in any market, there are a number of hurdles that Italian companies need to overcome before being able to do business in the South African automotive sector,” he said. “Your supply contracts need to comply with the requirements of companies in both countries. You need expertise in terms of component supply. Technical capability is a key point, which is why education and training are becoming very important in the market. Access to startup capital is also an issue.”

Building on the concept of techno-manufacturing clusters (TMC), the Automotive Supplier Park in Rosslyn, Tshwane, has been identified as a suitable localisation option for those Italian (and European) companies willing to engage the South African automotive industry and reap the benefits offered by the South African market. The project of Tshwane Automotive City (TAC) will be located in Rosslyn, where 42% of South African vehicles are currently produced. The automotive park is based on a plug-and-produce approach.

“The TAC could help to overcome all the barriers to entry,” said Olivero. “It is the main location of production for the automotive industry in South Africa and there are already a few suppliers in the area and it reaches the supports.”

Olivero concluded by saying that South Africa is a core part of the globalisation strategy of the CLN group. “We are here because it is a growing market and a gateway to sub-Saharan Africa and the African continent.” 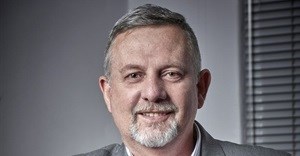 Big changes ahead for the tyre industry30 Oct 2018 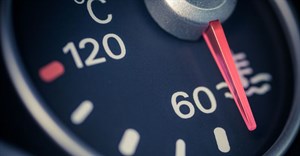 Understanding the lifespan of vehicle parts: car coolant9 May 2018 Ford evaluates viability of bamboo in vehicle interiors4 May 2017