16 Jan 2008 | Email | Print |  PDF
Beijing - A set of fixed English translations for Chinese menus is set to be published before the Spring Festival in February, the Beijing Municipal Tourism Bureau said.

The final draft, which has been partially revised after soliciting opinions from citizens and language experts, has been sent to the printers and would soon be recommended to restaurants across the country for their bilingual menus, said an official with the bureau, who declined to give his name, according to Xinhua news agency.

"The proper English translations will not only provide convenience for foreigners coming to Beijing for the Olympics, but it will also improve the English of Chinese people," said the official.

As part of its preparations for the Olympic Games next year, when at least 500 000 foreigners are expected to visit, the Beijing municipal government have been working on erasing the often bizarre English translations for Chinese dishes, backed by a committee of 20 language experts and catering service managers.

The municipal government also plans to launch a training program to equip waiters and waitresses with knowledge of the dish names in case customers demand explanations.

Translators have divided the dish names into four categories: ingredients, cooking method, taste, name of a person or a place.

Misleading, and often hilarious, translations such as "chicken without sexual life", "husband and wife's lung slice" or even "bean curd made by a pock-marked woman" have been replaced with "Spring chicken", "pork lungs in chilli sauce" and "stir-fried tofu in hot sauce".

"The names of Chinese dishes have long been part of our culture and we hope we can share our culture with others through the Beijing Olympics in a tasteful, and more importantly appropriate, way," said Feng Dongming, the head of the translation program and vice dean of the Tourism School of Beijing Union University.

The Beijing Tourism Group, to which famous brands like the Beijing Hotel and Quanjude Roast Duck belong, welcomed the new translations

"Though the translations are only recommended, the menus of the hotels and restaurants in our group will adopt the new translations," said an official with the group's public relations department. 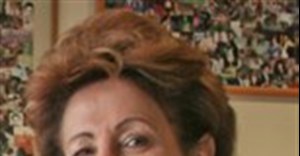