25 Nov 2021 | Email | Print |  PDF
Issued by: Distell
As people, we've always been guided by our culture. It has been our compass for where we need to go and shone a light on where we're from. South Africa is well-known for its diversity, and we are considered a melting pot of ethnic and cultural diversity.
Colonisation, globalisation, and the more recent digitisation, have played a significant role in the modernisation of our society, therefore affording us different ways of doing things. So, what is the current relevance of African culture and values to contemporary society, and what is the purpose of certain cultural rules?

Viceroy Brandy, a brand deeply rooted in local cultural heritage, is embarking on a journey to help create an informed view of culture and tradition, by unpacking the real significance behind our cultural practices and addressing modern misconceptions. How? By creating a platform that encourages South Africans to engage in conversations, around various cultural topics, with contrasting thought leaders and cultural experts. #Vulumlomo

Vul’umlomo literally translates to ‘open the mouth’, which is precisely what this platform aims to do: allow our communities to air their views and share knowledge on cultural topics close to their hearts and lived realities and dispelling harmful myths.

Viceroy’s Vul’umlomo | Conversations on Culture is a series of panel discussions moderated by Robert Marawa, that tackles South African’s views on cultural and traditional practices within a modern and progressive society. The first episode in the series aired on 17 November 2021 on Viceroy’s social media sites, with Robert Marawa moderating a discussion between Mbuso Khoza, Candice Ashley Dube, Dr Bishop Jessica Mbangeni and His Royal Highness Prince Itumeleng Shole – a panel that promises a mixture of traditionalist and a modernist views.

The public can also ‘open their mouths’ and partake in the discussions by posting their questions and comments on either Twitter @Viceroy_SA, Instagram @Viceroy.sa or Facebook @ViceroySouthAfrica with the hashtag #Vulumlomo.

Viceroy Brandy promotes responsible drinking. Not for persons under 18.

Viceroy Brandy represents unmatched craftsmanship from the heart of the Vlottenburg valley in Stellenbosch. Where the Eerste River winds its way through the tranquil landscape, lays the legendary Van Ryn’s Distillery. Van Ryn’s is committed to protecting this age-old craft of brandy-making, delivering the pinnacle of excellence, making our brandy consistently recognised internationally.

Distell, a global business with roots in South Africa, produces and markets a diverse portfolio of award-winning alcoholic brands that have been crafted by extraordinary people across the world. Some of these brands include Amarula, Savanna, Hunter's Dry, Durbanville Hills and Nederburg.
About Us | News | Contact
Don't miss BizTrends2022 - 7 keynote speakers forecast trends shaping business in our region! Register now! 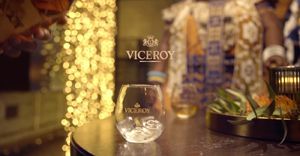 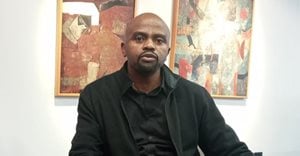 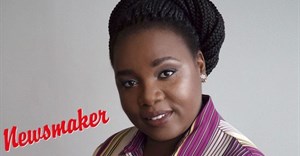