By: Josephine Sebesho
Brands are currently on the quest to connect and resonate with the Gen Z market, aka the Zoomers. These are young people who are between the age range of 7 to 25 years old in 2022. OG Jabulani from The Coolest OG's SA Season 1. Image supplied
An ancient African proverb says, “If you want to know the end, look at the beginning.” What this means for brands is, that while the Gen Z market has the potential to offer the most long-term revenue growth prospects, brands need to be cautious not to try too hard and miss the mark, by leveraging insights and trends that are a fad. This is a market that resonates with brand origins, authenticity and the original ‘cool’ factor.

‘The Old School’ is now ‘The New School’

We are living in a time where the past influences the present. This can be seen in various aspects of local and global popular culture like fashion, where thrift shopping has made it cool to dress like our grandparents. New music genres like Amapiano, sample hits from the good old days, while retro hairstyles and design styles are relevant again.

A survey conducted by Stannah called a Matter of Perception, found that a majority of young people were more inspired by grandparents than celebrities. The study found the words ‘interesting’, ‘wise’ and ‘experienced’ are used by the younger generation to describe older people.

The study also found young people are no longer giving blanket stereotypes to the older generations, and instead found 88% typically respect those over the age of 65 years old.

Most stereotypes about older people are that they are grumpy and struggle with technology, which is not always the case. Older people are the OGs (slang term for someone who’s incredibly exceptional, authentic, or ‘old-school’) who have set the trends that Gen Z and millennial consumers are still inspired by today.

If brands want to stay cool and relevant among the Gen Z market, they need to pay homage to the OGs and understand the true origins of cool.

Paying homage to the OGs

According to Stats SA, approximately 5,43 million South Africans are 60 years and older. While there is some representation of this consumer segment in brand campaigns, there is a low number of targeted campaigns that are customised to connect with them. It’s almost as though brands have forgotten about this consumer.

Fortunately, social media platforms like TikTok have enabled Millennials and Gen Z content creators to include and represent this older and vibrant consumer in content that has gone viral.

TikTokers like Chad Jones (27) rose to fame after sharing the content of himself dancing to popular Amapiano songs, with his parents, Wayne and Gayle who are both over 50 years old. This demonstrates the importance of including and representing OGs in content that is aimed at millennials and the Gen Z segment.


TV shows like The Coolest OGs on SABC 2 have also paid homage to the vibrant older generation, while striking an emotive chord and offering great entertainment value to South Africans of all ages. The show introduced us to some of South Africa’s coolest older people from the ages of 60 to 73 years old. This proved to us all that you are only as young as you feel.

The origins of ‘cool’

According to the book Cool Rules, The Anatomy of an Attitude by Dick Poutain and David Robins, art historians found proof that the concept of ‘itutu’, which literally translates as "cool" from the Yoruba language, was one of the three main pillars in religions of ancient West African Yoruba and Ibo civilisations of the 15th century. Itutu talks of a gentleness of character, the ability to keep away from conflict, as well as grace and generosity. In this sacred culture, cool was also associated with physical beauty only in combination with character.

Coolness is an original African virtue that has influenced all cultures all around the world.

In conclusion, the real opportunity for brands is to remember where the influences of youth culture truly comes from and pay homage to their originators. This will enable brands to co-create authentically and develop relevant brand campaigns, and brand experiences and leverage sponsorship properties that are timeless and continue to live in the hearts and minds of the current and upcoming youth generations to come.

With over 11 years of experience, Josephine, also known as Jay is inspired by creating brand to consumer connections. Jay has worked as a Brand and Communications Strategist for agencies in Africa like The Jupiter Drawing Room, The Restorative Justice Centre, Joe Public United (SA and Namibia), Mixology, The Hardy Boys, The Digital Brand Agency in Kenya, FireBrands in Malawi and now heads up Janong Digital Agency in South Africa.
Read more: African advertising, millenial marketing, Josephine Sebesho 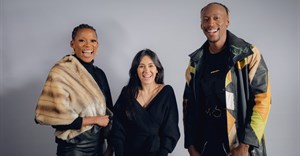 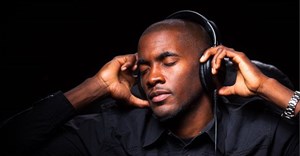 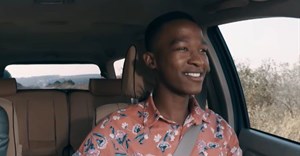 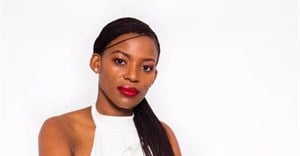 #BizTrends2020: The rise of afro-natural beauty as an advertising trend20 Jan 2020 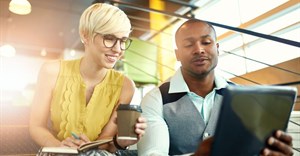