6 Jan 2020 | Email | Print |  PDF
By: Lauren Fletcher
Technology continues to change the way we understand the world, interact with each other, create and assign value. The arts play a critical role in giving us insight into the current mindset.
The fusion of the two has seen digital arts becoming an important cultural lens, contributing to the conversation around the human-machine connection in a range of innovative ways. How can tech be used to create new inspiring experiences as disconnection between people and the natural world grows?

Whose stories, what stories?

For several years, there has been a push to create content driven by local stories and people – moving away from an all-encompassing western media model. South Africa’s local animation, gaming, TV and artists’ studios are looking at how to produce digital content and characters that reflect the local peoples and cultures.

This trend is also being chased by international media giants, such as Netflix with its first original African animation series Mama K’s Team 4, written by Zambian, Malenga Mulendema, and produced by Cape Town-based Triggerfish Animation Studios. Authentic local characters and storytelling in all creative spheres is an exciting and significant change that needs to be pursued with even greater fervour in 2020.

At least 10 years ago, The Royal National Theatre in London began the National Theatre Live experiment. The project live-streamed theatre performances to cinemas and art institutions across the UK. It now broadcasts to 2,500 venues globally.

Accessibility to the arts is also increasing through on-demand arts channels such as All Arts. Artistic director Jörn Weisbrodt explains: "It’s a cultural institution without walls, without closing times, without tickets and without barriers. We have the chance to create cultural programming that is inherently inclusive and accessible.”


Technology: expanding the toolboxes of theatre-makers

South Africa’s National Arts Festival now includes the Creativate Digital Arts Festival; a platform for work that plays at the intersection between art and technology. In 2019, amazing performances embraced technology as a tool to enhance storytelling in the theatre.

I Am Somebody by Swedish group Sirqus Alfon used camera techniques to play with perspective, manipulating live-feed action from the audience to produce music video-like effects – playing with interactions between physical actors and digital objects, and creating live soundscapes. Frogman, by Curious Directive, combined live-action performances with a virtual reality experience. Audience members put on a VR headset, going into an underwater world then took it off to experience physical live-action enabling multiple timelines and spaces to exist concurrently.

The sky is the limit for this genre-bending shift in the live theatre world.

The first AI-created artwork, The Portrait of Edmond Belamy, was sold for $432,500 at a Christie's New York art auction in 2018. Artist collective, Obvious, fed 15,000 portraits into an algorithm to teach it the genre of portraiture and, from here, using machine learning, it generated its own set of unique portraits.

In June 2019, Ai-Da, an AI ultra-realistic humanoid robot with cameras for eyes and pencil-wielding robotic arms scanned guests as they entered the room and created one-of-a-kind sketches from the scans. Ai-Da’s solo art show sold out, making over £1m for the gallery.

Artists and academics are researching ways to further intertwine AI with human behaviour, perception and mark-making leading to an increasing public fascination and appetite for this kind of experience.

Many people have encountered augmented reality (AR) through Snapchat filters or Pokémon Go, but this tool is becoming more and more prevalent beyond social media and mobile gaming.

In 2019, there was a major jump in the use of augmented reality within the South African art scene and beyond, helped largely by access to free and easy-to-use AR apps, Artivive being one of these.

AR allows for a layering of alternative realities and narratives, it creates a space for “invisible” artworks to exist and for still-paintings to move and dance beyond the frame. It’s no wonder that this tool is being used more and more in the creative fields.

Ever-increasing access to entertainment means that audiences crave moments of awe. Genres within the digital arts open up the possibility of exploring new, undiscovered worlds and realities. VR is one way of creating that impact as are massive-scale, multi-sensory experiences in physical spaces.

Half-Life announced in November 2019 that it would be releasing VR game, Half-Life Alyx, in 2020. The announcement garnered 10 million trailer views in under 24 hours – predicting VRs movement into mainstream gaming in 2020. 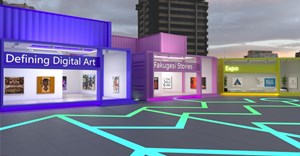 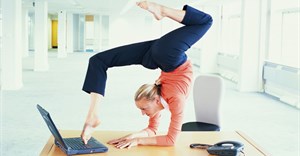 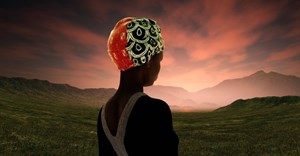 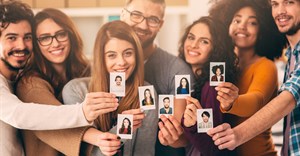 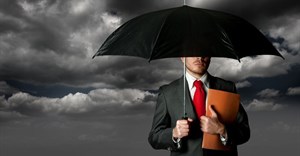 #BizTrends2020: Directors' personal exposure will increase in 202022 Jan 2020
More related
Republication of selected Bizcommunity content for non-commercial purposes is allowed if the original article is linked to with "Source: www.bizcommunity.com". Please click here for more information and to request permission.
Let's do Biz