By: Danette Breitenbach
Innovation is important for the future of mining, especially in South Africa. While the country sits with abundant resources - the richest deposits in the world as per a Citibank report - if these cannot be mined economically (and safely) then it will all come to naught for the mining companies, labour, unions, investors and the country.
Modernisation is therefore critical, and has the power to spawn the equivalent of 11 large gold mines and eight large platinum mines; it will also allow gold mining operations to continue profitably well beyond the year 2045, accompanied by widespread industrialisation and competitive manufacturing.

Without modernisation, the gold mining industry will experience a sharp production decline as early as 2019 and die out completely in 2033, says Sietse van der Woude, senior executive, modernisation & safety, Chamber of Mines of SA. “We need to recognise that if we do not do things differently then we will not have a mining sector.”

Mechanisation can solve this, and other pressing issues the industry is facing. “For example, a key issue in South African mines is health & safety (H&S), but mechanisation can lead us to the closest we will ever be in terms of achieving zero harm - mechanised mines beat traditional mines when it comes to H&S every time.”

Getting the buy in

If mechanisation is viewed as an opportunity to unlock the country’s resources, then mechanised mining also becomes an issue of job preservation and not losses, he adds. “If we mechanise and innovate around that then we can actually extend jobs and unlock the vast resources that we have, but currently cannot mine.”

He maintains that the issue we are grappling with is not whether mechanisation will work or not, it is to get each person to understand fully why modernisation is necessary. “This is not an easy task, especially because we have been doing the same thing for so long and to get it right we need the buy in from the people working in the mines, which is a major challenge.”

Last year’s Mining Phakisa, where an overall strategy was forged by 120 government, company, union and nongovernmental participants, is an innovation in itself, he says. “Because it brought together stakeholders that had not only never collaborated previously, but also were willing to establish a coalition, one not forced by a charter or regulation.

What has happened since the Mining Phakisa is important, not only for mining industry but also for the other sectors dependent on it, which are looking to capitalise on its survival and stimulating the local manufacturing industry.

“In the process we will make mistakes, but if we do nothing, then we will have nothing. No activity is bad news, while some activity and making mistakes is good. With this approach, there is learning.”
NextOptions
›
Email Print PDF
Follow

Danette Breitenbach is a marketing & media editor at Bizcommunity.com. Previously she freelanced in the marketing and media sector, including for Bizcommunity. She was editor and publisher of AdVantage, the publication that served the marketing, media and advertising industry in southern Africa. She has worked extensively in print media, mainly B2B. She has a Masters in Financial Journalism from Wits.
Read more: Citibank, mechanisation, health & safety, Zero Harm 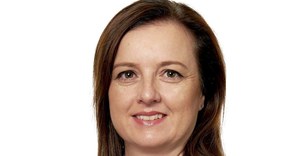 Can mining houses compel employees to be vaccinated?9 Feb 2021 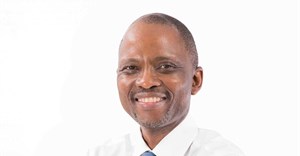 Collaboration and cooperation for a safe mining industry27 Oct 2020 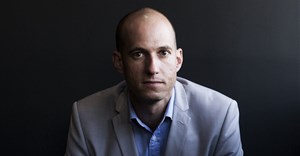 Pursuing a Triple Zero future7 Oct 2020
More related
Republication of selected Bizcommunity content for non-commercial purposes is allowed if the original article is linked to with "Source: www.bizcommunity.com". Please click here for more information and to request permission.
Let's do Biz