23 Sep 2021 | Email | Print |  PDF
By: Elisabeth Nortje
It is no surprise that Johannesburg, Tshwane and Cape Town all have less than ten years of useful landfill life left as waste management is the least prioritised municipal service in most South African municipalities. It lags significantly behind housing, water, electricity and road infrastructure.
South Africa’s eight Category ‘A’ metropolitan municipalities have the highest population numbers and therefore generate the largest waste volumes at about 20 million and 10 million tons of waste a year respectively, of which the bulk is landfilled.

Landfilling at an average density of 1 t/m3 means that municipalities need an annual landfill space of about 10 million m3.

With landfill space at such a premium, the controlled, planned and systematic filling of landfill cells requires progressive closure and rehabilitation. The recent fire at the New England Road landfill in Pietermaritzburg, KwaZulu-Natal has raised awareness about the myriad issues facing the proper management of such sites throughout South Africa.

In terms of landfill assessments, companies such as Aecom use an integrated approach to assist its clients throughout the landfill lifecycle, from site identification and landfill design through to rehabilitation and closure planning.

The regulatory aspect of landfill management is also critical, especially due to the large number of unlicensed landfill sites in South Africa. It takes at least nine to 12 months to obtain environmental approval in addition to all of the supporting specialist technical studies required. Therefore, the critical pathway of any landfill project is quite often the authorisation component.

Landfills may need to be closed for various reasons, including unacceptable environmental impacts such as groundwater pollution, and/or unmanageable air pollution such as dust or odours. Geological issues include dolomitic ground conditions which can result in water ingress and sinkhole formation.

In many instances, improving landfill management and operations is a necessary first step, but if this proves unsuccessful, closure becomes necessary. The process of landfill closure and remediation is legislated by the National Environmental Management Waste Act (Nemwa), the Water Act and the Waste Management Series.

While it might seem that the closure process only commenced once the landfill has reached the end of its useful life, there are factors that can need to be attended to while the site is still operational. The slopes of the waste body must be resolved to ensure they lie at a safe angle.

This should be maintained throughout the operational phase, after which capping is carried out by means of an engineered liner. Furthermore, all stormwater run-off must be diverted away from the waste body so as to separate the clean and dirty water circuits, and to prevent leachate soaking into the waste body, which can result in subsequent groundwater pollution and odours.

The site must also be fully secured and access-controlled to prevent trespassers. For example, there could be an issue with people remining the waste body for recyclables which presents a fire risk as well as allowing rainwater to permeate the waste body.

Following closure and remediation, the landfill site is subject to a recommended post-closure monitoring period of up to 30 years. This is to monitor the integrity of the capping and the impact of the groundwater quality in and around the waste body.

There may also be a need for ongoing pumping and treatment of the leachate that gathers in the leachate collection system. The landfill will also most likely require a methane management system, whether by landfill gas harvesting or regular flaring, so as to prevent methane build-up, fire risk and air pollution. 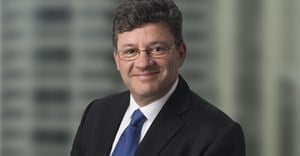 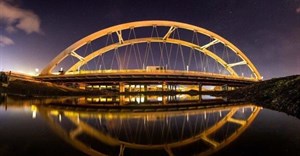