"In addition, tabling of tax legislation for the 2017 Budget, I am happy to announce that Cabinet has approved the release of the Carbon Tax Bill to Parliament for formal consideration and adoption," he said in Cape Town on 25 October.

Carbon management and corporate climate action firm Climate Neutral Group (CNG) has welcomed the update around the Carbon Tax Bill, of which the first draft was published in November 2015. “The main thing is that South Africa’s private sector should now start preparing for new carbon legislation in 2018,” says Franz Rentel, Director of the firm’s operations in South Africa. He noted that Gigaba’s mention of the Carbon Tax Bill proves South Africa’s commitment to fighting climate change and the Paris Agreement.

"A carbon tax law will reduce South Africa’s overall emission of greenhouse gases. This is crucial as we have one of the largest carbon footprints in the world. This is because the bulk of our electricity is generated from coal," Rentel said, noting that the direct implications of climate change are becoming more and more apparent. "Take the persistent drought in the Western Cape and other extreme weather events like the storm in Durban earlier this year. We all can help curb the prevalence and extent of these events, saving lives and protecting the economy."

Whilst welcoming the news, Rentel noted that the current draft of the Carbon Tax Bill has at least one major shortcoming: the uncertainty regarding offsetting regulations. “From a private sector point of view carbon offsetting is crucial in lowering one’s carbon tax liability. The revised offsetting regulations, therefore, need to be published as soon as possible, seeing that there will not be enough carbon offsets supply to meet potential demand and the long lead time it takes to develop new offsetting projects.”

Rentel stressed that South Africa isn’t the only country with a Carbon Tax law. “According to the World Bank, 15% of all global emissions were subjected to a tax or a pricing mechanism in 2016.

Over the past 10 months, eight new carbon pricing initiatives came into being, including in Colombia,” he said, noting that Colombia’s Carbon Tax and Trade scheme is quite similar to South Africa’s proposed law. “The country, however, has passed its carbon legislation in the fraction of time compared to South Africa.”

Whilst a new set of corporate tax rules may sound like bad news, Rentel says it doesn’t have to be that way. "A carbon tax law will make companies in South Africa rethink how they can minimise their carbon emissions in order to pay fewer carbon taxes. Besides being good for the planet and lowering one’s carbon tax payments, increased resource efficiency typically results in lower operational costs," he said, stressing that climate change is a global problem that affects everyone, business included. "That is why everyone needs to get on board, including the public and the private sector." 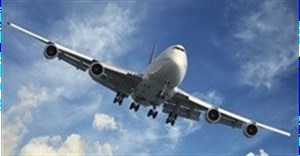 Less flying has a positive impact on climate1 Dec 2014