3 Jun 2020 | Email | Print |  PDF
By: Jeffrey Conroy-Krutz
When it comes to fighting Covid-19 in Africa, the internet and social media have been a double-edged sword. Governments and public health officials have used Twitter, WhatsApp, Facebook and other social media to reach large numbers of people, quickly and efficiently, with information on how to stay healthy and limit the virus's spread. And digital networks have allowed people to stay in touch, and some businesses to operate, in the face of lockdowns and social-distancing guidelines. Julia Sudnitskaya/Shutterstock via The Conversation.

Yet these technologies have also facilitated the spread of misinformation. Messages disseminated on WhatsApp claimed that people could self-test by holding their breath for more than 10 seconds, that “African blood and black skin prevent Covid-19” and that inhaling steam or drinking alcohol could kill the virus.

Misinformation can be dangerous, as evidenced by hydroxychloroquine poisonings in Nigeria. And in the longer term, it undermines public confidence in guidelines and treatment information supported by robust scientific evidence. Misinformation, in other words, poisons the well.

Concerns extend beyond the Covid-19 crisis. In Africa, where messaging was often centralised and speech freedoms were limited in the first decades after independence, the internet and social media provide individuals and organisations with new opportunities to share points of view and information that holds governments to account. On the other hand, they have been widely abused as political weapons.

One study found that political misinformation is pervasive in Kenya, Nigeria and South Africa. Foreign actors, including some from Russia, have been increasingly involved in attempts to influence African politics using disinformation in social media.

What do Africans think of the promises and perils of the digital age? Preliminary data from Afrobarometer, which is a non-partisan research institution, suggest that many have mixed feelings.

They see the value of social media and use it extensively. They are also wary of its negative effects, but don’t want curbs put in place.

It’s important to recognise that digital media remain beyond many Africans’ reach. According to newly available data from the eighth round of the survey, in 2019, nearly half (48%) of Africans used radio daily for their news, while about a third (35%) used television. Only 19% and 22%, respectively, used the internet or social media that frequently.

And there is a pronounced digital divide. Younger, better-educated, wealthier, male and urban-dwelling Africans are much more likely to access social media and the internet.

Nevertheless, the use of digital sources is increasing across eight countries for which both Round 7 (2016-18) and Round 8 (2019) survey data is available.

Daily use of the internet is up five percentage points, while daily use of social media is up seven. Most countries saw substantial increases; in Côte d’Ivoire and Guinea, everyday use of digital media roughly tripled during this brief period. One of the exceptions is Uganda, where a “social media tax” launched in July 2019 may have served as a barrier to digital access.

While more people are using the internet and social media, they aren’t entirely happy with what they see. On the positive side, most respondents who are aware of social media say it “makes people more informed about current events” (87% on average across nine countries surveyed in 2019) and “helps people have more impact on political processes” (72%). On the negative side of the ledger, however, strong majorities say social media usage “makes people more likely to believe false news” (74%) and “makes people more intolerant” (60%).

If “false news” is a problem, who do people think is responsible for spreading it? Two-thirds (66%) of respondents blame politicians and political parties. A staggering 83% in Kenya blame this group, but in every country except Angola (36%), majorities point the finger at political figures. Still, there’s plenty of blame to go around. Six in 10 respondents (61%) attribute misinformation to “social media users” in general, while substantial portions blame government officials (53%), the news media and journalists (50%), and activists and interest groups (44%).

For all their potential dangers, respondents are generally opposed to government restrictions on access to the internet and social media. Across the nine countries, only 34% agree that “information shared on the internet and social media is dividing (our country), so access should be regulated by government”, while 51% endorse unrestricted access. Support for open access is strongest in Côte d’Ivoire (63%), while only minorities support it in Ghana (48%), Kenya (44%) and Malawi (40%).

Support for open access is particularly strong among people who use the internet every day (67%), youth (56%), urban residents (55%), men (54%) and respondents with post-secondary education (65%).

These findings highlight the ambivalence that many people – not just in Africa – feel about the emerging digital era. People want broad access to the tools they have used to gather information and keep in touch with family and friends. Internet and social media shutdowns of the types that have hit almost half of the continent’s countries since 2015 are likely not popular. These tools have become even more crucial because of “social distancing” and lockdowns.

On the other hand, unfettered internet and social media have a dark underside, with messages designed to misinform, discriminate and polarise. When fears are heightened, at election times or during pandemics, these threats are magnified. Fact-checking and “digital literacy” initiatives will go only so far, and calls for government censorship will likely grow. The danger is that governments will use these very real concerns as excuses to target their opponents selectively, in ways that stifle opposition, fair elections and accountability.

This article was co-authored with Josephine Appiah-Nyamekye Sanny. She is Afrobarometer regional communications coordinator for anglophone West Africa, based at the Ghana Centre for Democratic Governance. Email: jappiah@afrobarometer.org 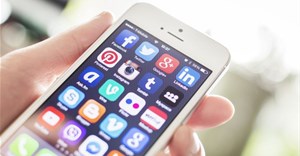 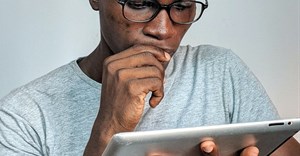 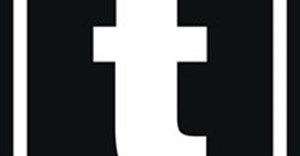 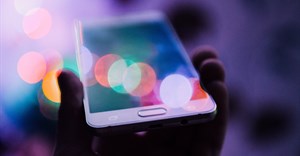 The symbiosis of traditional and digital media27 Jan 2022

What will 2022 bring in the way of misinformation on social media?4 Jan 2022
More related