Time for a long hard look at The Loerie Awards

By: Chris Moerdyk: @chrismoerdyk
The only possible justification for an event such as the annual Loerie Awards is that it gives the people who work in advertising agencies an opportunity to escape the daily grind of watching creativity stifled by commercial interests.

Being in advertising is like Andy Warhol being forced to paint by committee. It is often a frustrating business in which creative people are harassed by control-freak clients or bosses who regularly sacrifice great ideas on the altar of expediency.

Having worked in an ad agency for many years, I can sympathise with those who just want to go away for a Loeries weekend and party up a storm.

Other than that, The Loerie Awards have no benefits whatsoever.

Award-winning advertising is not chosen on the basis of efficiency or effectiveness but purely and simply on the gut-feel of peers. It is like choosing a car of the year because it just looks as though it can go fast and be a useful tool in helping pimply young Lotharios to pick up women. Without any consideration given to the fact that it was grossly underpowered and completely failed all known safety rating tests.

Statistically, 20% of all advertising not only fails but also actually damages the brand it is supposed to be promoting.

In South African terms that is in the region of R4 billion a year. Completely wasted.

One of South Africa's most decorated marketers, Colin Adcock, banned any involvement in advertising awards when he was managing director of Lindsay Smithers - at the time one of South Africa's biggest agencies. He did so quite simply because he firmly believed that there was far too much temptation to produce award-winning ads in an effort to gain more clients or look good on individual CV's, rather than produce advertising to sell products.

That such a high percentage of failure in the adverting is directly related to the quest for awards is, in my opinion, a no-brainer.

The thing, of course, is that the business of advertising awards has become just that - a business. The Cannes Lions Awards is a massive money-spinner for the organisers, as are most other global advertising showcases.

In SA, right now, The Loerie Awards organisers are embroiled in a completely unnecessary bun-fight, having refused accreditation to a journalist who happened to annoy them a couple of years ago. The Loerie organisers are an arrogant bunch who want their bread buttered on both sides. They want the media to help them tell the world how wonderful they are but they also want it done entirely on their terms. They want sunshine journalism.

Frankly, the way they are behaving right now is pretty much in keeping with the ANC's iniquitous Protection of Information Bill and media appeals tribunal idea. Because of their childish attitude, Bizcommunity.com in 2010 withdrew its media partnership with The Loerie Awards. And quite rightly too.

It is time, I feel for the advertising industry to reconsider its position. To decide what is and what is not important to them. Times are tough right now. They will get a lot tougher.

No wonder, because politicians see the banning of advertising as something politically correct and without even the most remote chance of losing votes. In fact, it will gain them voters.

The general public has no opinion on the advertising industry other than whether they like or dislike an advertisement.

Were the government to ban all advertising tomorrow, indications are that 90% of the South African population would not give a damn. The consumer views the advertising industry as some kind if trivial pursuit - a perception that is strengthened when stupid advertising is produced and ends up being banned.

Politicians will continue to target the ad industry because it is safe to so do.

It is time, in my opinion, that the ad industry gets it priorities right and starts spending at least as much time on improving its public image as it does in self-adulation.

For almost 30 years now, I have been told that the ad industry is about to embark on a campaign to improve its image.

Absolutely nothing has happened.

I don't expect anything to happen.

The ad industry is nothing more than a band playing on the deck of the Titanic and partying up a storm while just around the corner an iceberg of consumer apathy and political interference is waiting. Waiting.

Time to wake up, people.

Apart from being a corporate marketing analyst, advisor and media commentator, Chris Moerdyk is a former chairman of Bizcommunity. He was head of strategic planning and public affairs for BMW South Africa and spent 16 years in the creative and client service departments of ad agencies, ending up as resident director of Lindsay Smithers-FCB in KwaZulu-Natal. Email Chris on moc.liamg@ckydreom and follow him on Twitter at @chrismoerdyk.
Read more: media accreditation, Lindsay Smithers, advertising ban, 2012 Loeries, Loeries 2012 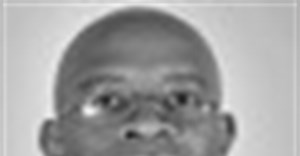