5 binge-worthy series to watch for their award-winning sound

30 Nov 2022 | Email | Print |   PDF
Issued by: LG
With so many streaming platforms available in South Africa today - each with a seemingly endless list of shows and movies to choose from - it's often hard to decide which series to watch. But beyond a gripping storyline and stunning cinematography, something that can make a show truly unforgettable is its sound. From a moving musical score to realistic sound effects vibrating through your living room from all directions, quality sound (supported by a great surround sound system) can really make or break the cinematic experience. To help you find the best series with award-winning sound to add to your watch-list, here are some that will really put your speakers to the test. They all feature Dolby Atmos, an object-based surround sound format that adds a height dimension to traditional surround sound, making it an even more all-encompassing home-cinema experience.

Claiming the title of the most-watched English-language show on Netflix, it’s no secret that Stranger Things is a must-watch supernatural horror series captivating audiences across the globe. Set in a fictional US town that brings us back to the gnarly 1980s, it follows the lives of four teens as they deal with the discovery of a gateway into a scary parallel world occupied by monsters.

With its iconic synthesized soundtrack, and eery sound effects that turn each episode into a hauntingly immersive adventure, the sound in this series is certainly as thrilling as its storyline. The show has received an impressive 221 award nominations and 64 wins, and was recently responsible for catapulting Kate Bush’s Running Up That Hill into the number one spot on the charts, more than 35 years after it was released.

If you want to hear your living room rumble with the tremendous roar of high-octane engines zooming around the racetrack at blistering speeds, Formula 1: Drive to Survive is sure to bring music to the ears of any petrol-head. This docuseries, a collaboration between Netflix and Formula One, gives viewers intimate access to never-before-seen footage and exclusive interviews with the people behind the world’s fastest racing sport. The series has followed each F1 season since 2018, showcasing all the racing drama and rivalries that happen behind the scenes. Considering that it won the award for Best Factual Sound at the 2021 BAFTA TV Craft Award, the sound in this series will put you right in the driver’s seat.

Now in its fourth season, Westworld is set in the future in a Wild West-themed amusement park where humans can mingle with artificial intelligent beings known as hosts. Of course, things soon start to go wrong, and the consequences spill out from the park into the real world.

With a score by renowned Hollywood composer Rawin Djawadi, Westworld boasts unique and thrilling audio that combines Western, opera, and techno genres to create a unique soundscape. The series is beloved for reworking popular songs into dramatic piano and string covers, such as the Rolling Stones’ Paint it Black and Kanye West’s Runaway.
The series has been nominated and won awards multiple times for its incredible sound. Find out why when you stream it on Showmax.

Based on the iconic open-world video game, this show is set in a medieval-inspired world of monsters, magic, and fate. The Witcher follows the tall tale of a monster-hunter, Geralt of Rivia (played by the big-screen Superman, Henry Cavill), whose destiny hurls him towards a powerful sorceress and an orphaned princess with a dangerous secret. At the time of its launch, The Witcher was the most-watched original series on Netflix.

Among its various accolades for cinematic excellence, the series earned a win at the Golden Reel Awards for Outstanding Achievement in Sound Editing for its sound effects, as well as a nomination for its musical score. If you haven’t seen the first two seasons yet, be sure to do so before the third season comes out next year.

5. Lord of the Rings: The Rings of Power

With its release coming up on Amazon Prime on 2 September 2022, this highly anticipated series is set as a prequel to the unforgettable Lord of the Rings trilogy. And with Amazon making a five-season production commitment worth at least US$1 billion, Lord of the Rings: The Rings of Power could be the most expensive television series ever made.

Three-time Oscar winner Howard Shore composed the musical scores for all six films in Peter Jackson’s Lord of the Rings and The Hobbit trilogies and produced what many regard as the greatest soundtracks ever made. He has also written the main title music for this series, so you know it’s going to be just as epic. Emmy-winner Bear McCreary, who is known for his world-building scores and innovative musical approaches, composed the rest of the series score. If you liked The Lord of the Rings, the full symphonic orchestras, vibrant folk instruments, and epic choral voices in this series will be taking you on a journey through Middle Earth as you’ve never seen – or heard – before.

Although it’s often overlooked, sound is integral to the viewing experience. As surround sound systems become more innovative and accessible, it’s possible for us to have close to cinema-quality sound right at home. If that’s what you want (and why wouldn’t you), keep an ear out for speakers that have Dolby Atmos compatibility, such as LG’s SN7 or their best-in-class SN11 soundbars. These soundbars also feature Meridian technology, which uses psychoacoustics to up-mix two-channel stereo content into multichannel audio.

With a traditional surround sound system, sounds can only be placed from left to right, or forwards and backwards. Dolby Atmos adds height to the spatial dimensions of a soundscape, allowing sounds to be placed overhead. Dolby Atmos also recognises up to 118 unique sound objects and places them individually across your living room, making sounds such as voices, instruments, or sound effects, more isolated and distinguishable.

With the wide variety of streaming services offering binge-worthy entertainment to keep us at the edge of our sofas, it’s certainly worth investing in a home entertainment system that will do them justice. And if you really want to put your speakers to the test, make sure to add these award-winning series to your must-watch list this year.

To learn more about LG’s soundbars and experience your favourite series at a new level of immersive audio, visit www.lg.com/za/sound-bars.

LG's philosophy revolves around people, sincerity, and sticking to the fundamentals. It is to understand our customers and to offer optimum solutions and new experiences through ceaseless innovation, thus helping our customers lead better lives.
Read more: LG, Dolby Atmos 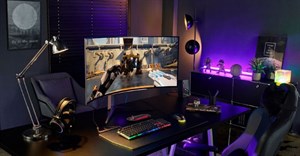 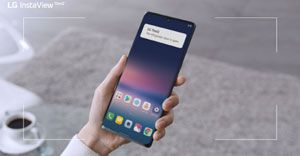 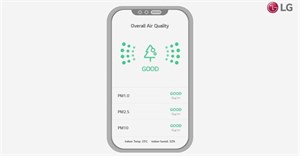 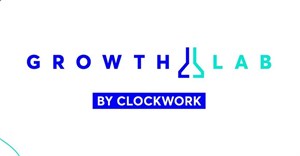 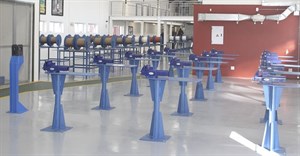 False Bay CollegeFirst cohort of CoS riggers31 May 2022