The top war films you should watch now

By: Daniel Dercksen
Nothing beats the everlasting emotional and visceral impact of war films. From the Anglo-Boer War, and the first and second World Wars, to the battle Of Midway, these films gloriously celebrate the heart and soul of humanity during darker moments in history. All Quiet on the Western Front is an astounding anti-war epic.

German director Edward Berger has adapted the famous 1929 novel of the same name by German solider and journalist Erich Maria Remarque, bringing to the screen the harrowing experiences of the German army fighting on the frontlines in World War I.

Berger is the third director to adapt Remarque’s novel and the first German director to do so.

“This German world bestseller is able to convey the inhuman terror of war perhaps more impressively than any other literary work. For me, creating its first German film adaptation is one of the most exciting challenges of all,“ says Berger.

Sam Mendes, the Oscar-winning director of Skyfall, Spectre and American Beauty, brings his singular vision to 1917, a visceral new epic inspired by the experiences of his grandfather and others who served in World War I.

It’s a breathtaking, beautiful, and unforgettable story well told and masterfully realised. It’s a soulful story relevant to the world we live in today, one that will live in your heart long after watching it.

“The first time I understood the idea of war was when my grandfather told me about his experiences in the First World War,” says Mendes, who co-wrote the screenplay with Krysty Wilson-Cairns (Showtime’s Penny Dreadful). “This film is not a story about my grandfather, but rather the spirit of him—what these men went through, the sacrifices, the sense of believing in something greater than themselves.”

Midway is an astounding cinematic spectacle firmly based on historical facts.

It centres on the Battle of Midway, a clash between the American fleet and the Imperial Japanese Navy, which marked a turning point in the Pacific Theater during World War II.

Director Roland Emmerich is a master of cinematic spectacle, with a legendary career ranging from science fiction blockbusters, like Independence Day, to historical epics, like The Patriot.

In addition to his signature scope and scale, the acclaimed filmmaker’s work is always grounded in relatable themes, fully realised characters, and the emotional power of hope.

Midway continues in this proud tradition and is a true passion project almost twenty years in the making.

“I’m thrilled that we had the opportunity to tell this story because young people today don’t always know the stories about those who fought for their freedom,” he says.

Visionary storyteller and storymaker Christopher Nolan has taken audiences from the streets of Gotham City to the infinite world of dreams, to the farthest reaches of space.

The innovative director/writer/producer turned his camera to a real-life event, one that has resonated with him throughout his life: the miracle of Dunkirk.

Nolan’s Dunkirk tells one of the greatest stories in human history. It is based on the evacuation that—although it took place in the early months of World War II—had a direct impact on the outcome of the war.

Rather than make a battlefield drama, however, Nolan’s objective was to turn this historical moment into immediate, immersive cinema: a propulsive, ticking-clock, epic action thriller in which the stakes couldn’t be higher.

Modder en Bloed (Blood and Glory) is an epic, grand-scale masterwork that showcases the best of South African storytelling and storymaking.

It’s a poignant story of man versus himself when incarcerated with other Boer prisoners-of-war on the island of St. Helena in the Atlantic Ocean, but also the story of Afrikaner men tortured emotionally and physically by a monstrous British tyrant during the Anglo-Boer War of 1899-1902, as well as the story of a British woman who redeems herself through the horrors she witnesses.

It’s an emotional journey into the heart and soul of a war that divided a nation.

“It is a universal story which can be told in any war or situation present or past, where an Empire takes what they want (gold in the instance of the Anglo-Boer War) ignoring the short and long term outcome to the people, country or cultures found within,” says director Sean Else, who directed from a screenplay by Henk Pretorius.

Another memorable Boer War drama was Sallas de Jager’s Verraaiers. Upon hearing that the enemy (the British) is planning a "scorched-earth" policy, a loving father and husband who is also a well-respected Boer officer decides to go home and protect his wife and family instead of participating further in the war.

This decision leads to him and his sons being tried for high treason.

Daniel Dercksen has been a contributor for Lifestyle since 2012. As the driving force behind the successful independent training initiative The Writing Studio and a published film and theatre journalist of 40 years, teaching workshops in creative writing, playwriting and screenwriting throughout South Africa and internationally the past 22 years. Visit www.writingstudio.co.za
Read more: filmmaking, Netflix, Roland Emmerich, Daniel Dercksen, Sam Mendes What's hot at the box office this February9 hours ago 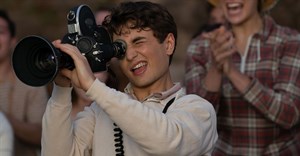 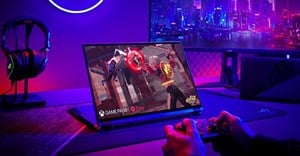 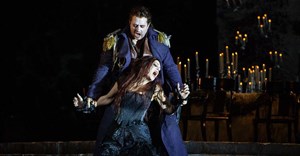