By: Lauren Hartzenberg
Just seconds after our entry into Samara Private Game Reserve, after a bumpy 15km dirt road journey to the main gate, we were met by a tower of elegant giraffe purposefully gazing at us as if they were about to blurt out a greeting. It's the kind of welcoming committee one hopes for when venturing into the bush, and a moment that set the scene for my weekend stay at this breath-taking reserve.
Travellers blessed with a visit to Samara, which lies around 55km from Graaf Reinet, will encounter the Eastern Cape’s famed beauty and warm hospitality at every turn.

Occupying 70,000 acres of semi-desert landscape in the vast Great Karoo, the family-owned reserve is a passionate conservation project started by Mark and Sarah Tompkins. Samara’s sprawling plains may be home to the Big 5 now, but just a few decades ago the effects of generations of agricultural exploitation were apparent.

The reserve was officially founded by the Tompkins in 1997 with the vision of re-wilding land across eleven former livestock farms, restoring degraded landscapes and returning wildlife that had been absent from the region for centuries.
Internal fencing was removed along with alien vegetation, and the land was then rested for almost a decade. The team at Samara continues to actively restore and rehabilitate degraded landscapes through sound land management practice, including soil erosion control and the planting of indigenous vegetation.

Slowly, indigenous animals were reintroduced to the area and it’s now home to over 65 species of mammal, 220 species of bird and 50 types of reptile and amphibian. Some of these, like the cheetah, Cape mountain zebra, elephant and Cape vulture, are endangered and thus of significant conservation value.

Elephants were released into Samara in 2017 after being absent from the area for 200 years, and a pride of lions was reintroduced last year, the first time in 180 years.
Notably, Samara has an outstanding reputation in cheetah conservation. The reserve’s most famous cheetah, Sibella, was born wild but her life nearly came to an abrupt end at the hands of hunters who tortured her and kept her in captivity. Thankfully, she was rescued by the De Wildt Cheetah and Wildlife Trust, underwent a life-saving surgery and in 2003 was introduced into Samara along with two male cheetah.

Sibella went on to become a gifted hunter and successfully reared 19 cubs. She was one of the first cheetah back in the Karoo in 125 years, and she contributed 2.4% to the wild cheetah population in South Africa through her various litters.

Sibella sadly passed away in September 2015, but she remains a global ambassador for cheetah conservation.

In and amongst the Samara wilderness lie two 5-star lodges. The first is the Karoo Lodge, a renovated farmhouse with nine double rooms of varying sizes. The second is the elegant Manor House, which is where I rested my privileged head during a crisp weekend in August.
The Manor House is undoubtedly luxurious, but not in an ostentatious way. I’m told that its design, created in collaboration with SA interior designer John Jacob Zwiegelaar, is more contemporary that the Karoo Lodge (which I didn’t get to see). It’s bright, spacious and fitted with premium but homely furnishings, and dotted with interesting African-inspired artwork and Karoo antiques that draw the eye.

Double glass doors open to comfortable outdoor seating and a dreamy 21 metre-long infinity pool surrounded by sun loungers, with a scenic mountainscape in the distance.

The 4 double suites in the Manor House are all suitably plush, with beautiful spacious bathrooms complete with shower and freestanding bath, and four-poster beds with the type of linen that makes it hard to leave. Each room boasts a private patio with outdoor seating, the ideal secluded spot to read a book, listen to the birds or spy on the Vervet Monkeys who love to visit.
When booking the Manor, suites can be booked independently, or the entire villa can be taken over on an exclusive-use basis. The latter is well-suited to families and groups looking for privacy, and this option includes access to a private vehicle, ranger, chef and host.

Samara’s level of hospitality is second to none, with a staff complement that’s warm, friendly and eager to please. On return from game drives we were met by our smiling host Candice, with an offer of a warm towel and refreshing drink. Steaming bubble baths were sneakily prepared while we tucked into dinner, ready for us to sink into when we got back to the room. And a bedtime treat and inspirational quote waited on our pillow until bedtime.

Meals at Samara are another point of difference, and these are set up in one of the living areas in the Manor House or on the lawn beside the pool if the weather complies. Samara’s menu is small but sophisticated, and everything is superbly prepared and beautifully plated.
Breakfast includes a continental spread along with a choice of hot breakfasts, while for lunch and dinner one is given a starter, a choice of two mains and dessert. Expect a good choice of game meats, though diverse dietary requirements are accommodated without fuss.

Teatime is also a rather splendid affair, with scrumptious homemade tarts or cake paired with tea or coffee each afternoon to be enjoyed beside a roaring fire.

Armed with a basic understanding of the tireless work that’s gone into restoring Samara’s land and ecosystem to its former glory helped broaden my appreciation for my surroundings while out on safari. Guests at the reserve are treated to two game drives per day of roughly three hours each – one drive is in the early morning just after sunrise and the other late afternoon, returning to the lodge just after sunset.

Our knowledgeable guide, Jan, was happy to have us communicate the animals we had on our wish list, and tried his best to make these sightings a reality.

I visited Samara harbouring hope of seeing a cheetah. Cheetah sightings are, after all, a Samara specialty. Fully prepared to track these wild cats on foot, we were lucky enough to spot two adults and some cubs feasting on their latest catch roughly 30 metres from where we were driving.

The mother was identified as Chilli, the famous Sibella’s last daughter. Hopping out of our game vehicle, we edged closer to observe them devour lunch from a respectful distance.

Soon, we were off on our next quest, a slightly more intricate one at that, as we were in search of the elusive aardvark. This curious creature, though common in Africa, is nocturnal and notoriously shy. It’s skittish of predators and usually doesn’t stray too far from the burrows it makes in a given territory.
Thanks to constant communication between Samara’s trackers and guides, we caught wind that one male aardvark had ascended from his burrow to forage for tasty termites and ants. We eventually found him, weaving in and around the bushes… back and forth… back and forth. Jan, our guide, likened him to a drunk man walking.

Once again, we jumped out of our vehicle, as it was simply easier to follow him on foot. And that we did, for a good 20 minutes, seemingly unnoticed.

Aardvarks really are exceedingly peculiar, but adorable all the same. Sweet long rabbit ears, a chunky kangaroo tail, nose like a pig and ‘trotters’ with large claws for digging. We could have comfortably stalked him for hours more.

Another safari highlight was our lion sighting, no surprise there. They don’t need to do much to command attention do they? Simply lay there and let out an effortless roar every now and then and we’ll be impressed – and also reminded of our fragility as humans in the wild. *Gulp*
We watched silently while a stately pair, a male and female, sat near the edge of a grassy plateau, surveying their kingdom below.

There’s so much more to see at Samara than just the big game, of course. Whether it’s a warthog charging through the thicket, a baboon grooming its young, or a herd of wildebeest galloping across golden grasslands, each creature at Samara adds its own bit of magic.

For visitors wanting to keep themselves busy outside of the scheduled game drives, Samara has a range of activities on offer for young and old, whether you’re travelling with friends and family, or your significant other.

Indulge in a spot of bird-watching, or a join a private walk to have guides introduce you to Samara’s four vegetation biomes and point out signs of the wild invisible from the vehicle.

Dine al fresco with a gourmet lunch set in the riverbed or beneath the shade of a shepherd tree. An educational and fun programme of activities can be arranged for kids, while hopeless romantics shouldn’t miss a night in Samara’s outdoor Star Bed.

The reserve has also just introduced fly camping to its range of safari experiences, comprising a guided bush walk followed by a night spent in an intimate mobile camp set up in a secluded spot on the reserve.

Don’t keep yourself too busy though. It would be a shame to not set aside some time to simply look up at the clear Karoo sky and out over the Camdeboo plains, to ponder on what a privilege it is to be immersed in some of Africa's most exquisite wilderness. 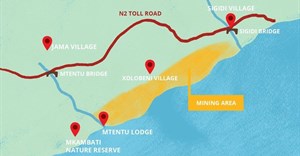 Should the proposed N2 toll road through the Wild Coast be moved?4 Nov 2021 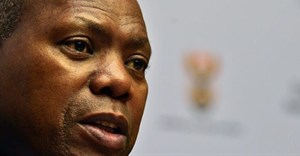 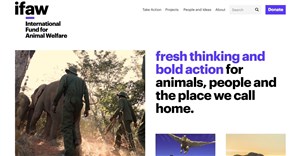 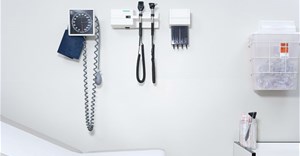 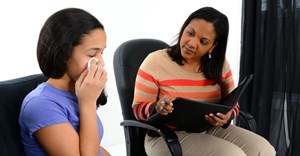 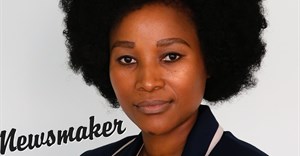 #Newsmaker: "Your power lies precisely in your deeply authentic self" - Nwabisa Makunga27 Aug 2018