By: Meagan Duckitt
Talented designers showcased their Autumn/Winter 2017 range at Lexus SA Menswear Week in Cape Town. The fashion week is held twice a year - once for summer and once for winter - and runs over four days. In partnership with the City of Cape Town, and African Fashion International, the show ensures that the platforms are credible and designers are awarded further opportunities for growth and development.
As every year, this show was very exciting and only the best in menswear design were invited to participate. Among the showcases were Imprint, Mai Atafo, Martelle Ludik, Unknown Union and Maxivive, just to name a few.
The looks were interesting, authentic and fashion forward. A few common threads were seen, as shown below:

There was a continuation of androgyny from summer 2016 into winter 2017. Many designers showcased dresses, skirts and even bodysuits on men which were previously associated with ladieswear, as shown by Merwe Mode, Imprint, Alexandra Blanc, Jahnkoy, etc.

There was also a huge focus on shades of blues, albeit denims, cottons, or synthetics, as shown by Good Good Good, ALC, FMBCJ and Issa Leo.

Belts and buckles details as well as harnessing were shown by NguniShades, Naked Ape, ALC and Martelle Ludik.

The use of meaningful words was shown by Rosey & Vittori, Tokyo James and Mai Atafo.


I interviewed Martelle Ludik and Mai Atafo, who have very divergent signature styles, after their showings.

Martelle's range is vibrant and adventurous. It’s inspired by the direction fashion is moving to in the future, with the shift in gender.

Drawing inspiration from glam rock music of the late 70s and new romanticism of London during the early 80s, he played with masculine vs feminine elements, which include power shoulders and sequins in menswear.

He enjoys mixing hard vs soft elements and makes use of coated leathers, sequins and checkered wools as his fabric choice.

Martelle graduated from Lisof in 2014 and has tested all the fashion platforms including Mercedes Benz fashion week in Johannesburg and Cape Town and now Menswear week as well.
To see more of Martelle's ranges please visit - facebook.com/MARTELLELUDIK.studio

He described his journey from when he was 19 to the present day. His range is reminiscent of his upbringing, which includes wearing 'hand-me-downs' from his brothers and second hand clothes, because they could not afford new clothes, and re-inventing these pieces by reconstructing them.

Of late, his love for tuxedos are visible in the range, but he juxtaposes them with exciting details on the trousers, rather than traditional tartan checks. His collection is so versatile that there is definitely something to suit everyone. 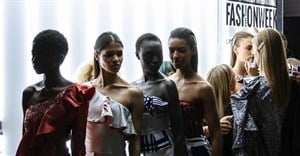 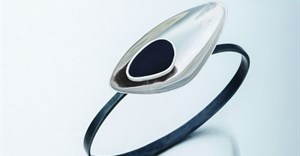 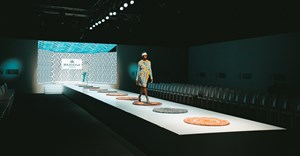 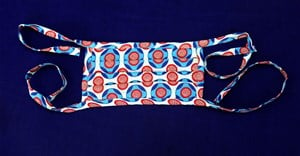 AFI partners with local fashion designers on mask production4 May 2020 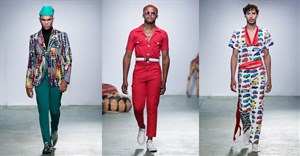 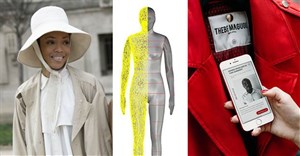