7 Aug 2020 | Email | Print |  PDF
On Women's Day, 9 August, township taverns in South Africa will roll out a programme to help combat the scourge of gender-based violence and femicide (GBV&F). Dubbed 'Tavern Dialogues', the initiative aims to empower both men and women to address GBV&F in their communities.
Tavern Dialogues is spearheaded by the NLTC – which represents over 34,500 liquor traders in the township space – in partnership with Rise Against GBV, the South African Police Service, Distell, and Consumatech.

“Taverns are cornerstones of the township economy and play a vital role in promoting responsible drinking, including becoming champions in the fight against GBV in their communities. Taverners play a critical social and economic role in their communities. A large number of tavern owners are women – 54% – some of whom who have been exposed to GBV within their community, their families and their friendship circles.”

He pointed out the causes of GBV&F are varied, and that the abuse of alcohol can play a role. “The taverns are at the coal face of the impacts on the communities in which they operate. By leveraging the taverns’ township network and activating their real estate which will act as safe zones, we can reach communities and deliver a high-impact social change initiative and improve the reach and accessibility of support platforms for perpetrators, would-be perpetrators, and survivors.”

According to the NLTC, many campaigns and interventions are at best once-off projects and do not engage men sufficiently long enough to deliver the desired shift in understanding, mentality, and, ultimately, behaviour change.

Tavern Dialogues aims to educate and empower men to drive change in their communities by actively engaging in initiatives to address the societal challenge required. The Dialogues, convened by subject matter experts, will consist of facilitated engagements with groups of men from township communities in the tavern environment. In these group settings, the topic of GBV&F will be discussed to get men to understand what constitutes GBV&F and how to address it.

“Our country is faced with two pandemics – Covid-19 and GBV&F,” said Ntimane. “The taverners are committed to working with the Government and the rest of the alcohol industry to save businesses and jobs in the sector. At the same time, we want to ensure safe and responsible trading and the sensible consumption of alcohol during our joint effort in the fight against both.”

Being locked down with your killer

Bridgitte Backman, director: corporate and regulatory affairs at Distell added, “Gender-based violence and femicide are societal issues that impact every aspect of life. This issue is not only devastating for victims of violence and their families, but also entails significant social and economic costs – and therefore requires a multi-pronged approach, and sustained engagement with multiple stakeholders.”

“As Distell, we recognise that failure to address this issue has wider implications for society in general and for women specifically. We are therefore proud to partner with The National Liquor Traders Council and support the Taverners Dialogues initiative, which is especially important given the context of taverns being predominantly female-owned and run.

"We also understand that financial freedom is a key weapon in tackling GBV&F. This is evident in many cases where affected women aren’t able to leave abusive relationships because of reliance on their abusers. Distell has and will continue to stand by these proud women who serve their communities,” she added.

The NLTC in partnership with Distell will launch the Tavern Dialogues programme in Tembisa on Sunday, 9 August. Tavern Dialogues will take place during August and September at 10 taverns in Orange Farm (the highest number of GBV cases are reported in this area of Gauteng). 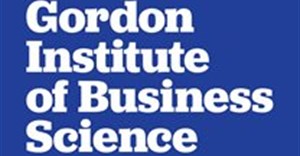 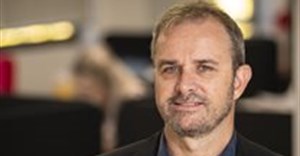 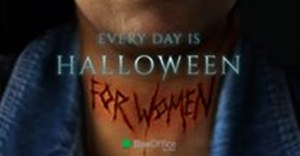