Harnessing the power of exponential technology in business

26 Oct 2017 | Email | Print |   PDF
Humanity needs to 'unlearn' the traditional ways of doing things in order to remain relevant. This is according to Willem Van Der Post, who is a qualified chartered accountant, exponential technology expert, CEO of xTech Capital and founder of the xTech Institute. Van Der Post shared his thoughts on exponential technology and disruption at a recent networking breakfast event hosted by the South African Council of Shopping Centres (SACSC) at Sandton’s Balalaika Hotel. The event, sponsored by Solareff, focused on various factors affecting the world as we know it.

“Technology can learn better ways of doing things. Machines nowadays can collaborate with each other and this affects the exponential learning curve as it means that we can attain results much faster and more efficiently than ever before. Will technology take over jobs? I don’t think so. Automation and machines will take away the menial parts of our jobs and will allow us to create new and more fulfilling roles. Change-resistant individuals will suffer the most as competitors become faster and more responsive to customer needs by using technology as a tool,” he said.

The quarterly networking breakfasts hosted by the SACSC take place in Cape Town, Durban and Johannesburg and are attended by retail, property and industry professionals who make up SASCSC’s membership database.

According to Van Der Post, industries are changing and adapting technologies that streamline and cut costs of processes drastically.

“Exponential technology can be defined as technologies that double in power or processing speed every year, while their cost halves. In saying this, forget about what you know, or what you think you know. Technology supplements humans. Technology is an extension of our abilities. We are living in a time where there are more technological advancements taking place simultaneously than ever before-in the next few years, those scenes in movies that seemed impossible, now seem more possible than ever. We need to unlearn the traditional ways of doing things and embrace this technological boom,” he said.

He spoke to the many shopping centre and retail industry professionals in attendance about the key to staying relevant in this technologically driven future.

“My advice to retailers and shopping centre managers is to prepare systemically, not tactically. Understand your customers, but importantly, also understand your customers' customers. Start thinking about the shopper of the future. What do the shoppers of the future look like? What do they want? How do they want it? Consistently drive your own awareness and have a keen lookout for the unexpected value chain changes due to technologies like 3D-printing, mixed reality and drones,” he said.

Preparing for the future

When asked to mention three points for people to be aware of for the future regarding technology, Van Der Post responded with the following:

1. We have to force ourselves to adopt an exponential mindset and break the chains and constraints of linear thinking.
2. We are headed for an era of abundance, where cost per resource is racing to zero (think alternative renewable energy), whilst our paradigms were coded in a context of scarcity.
3. Unlearning old structure/protocol skills and behaviours will be the number one capability sought after by any company with an innovative approach to business.

“Our perspectives in this tumultuous time can be our best ally or worst enemy. Fear of the unknown can paralyze and stifle our adaptability. I urge people to see the opportunity within this time and encourage everyone to harness the power of technology for good,” concluded Willem. 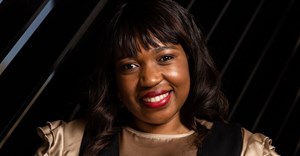 #Fasa21: KFC's Akhona Qengqe on business survival and innovating for the future1 Sep 2021 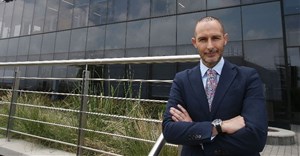 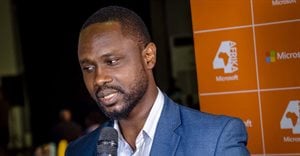