By: Ilse van den Berg
"For too long people have been concerned with what we do, as if that can explain who we are. I am a wife, a mother, a storyteller, a light chaser, and a lover of people. My camera is hopefully an extension of who I am," says Karin Schermbrucker. She is someone who wants to tell stories that change perspectives and open eyes.

Schermbrucker, her husband, and their team at Slingshot Media typically focus on telling stories of communities and people who are facing “giants” like HIV, health, poverty, or education issues. She says their mission is to take down these giants using visual media.

“We believe that culture is shaped by the stories it is heard and believed,” says Schermbrucker.

About 15 years ago, Schermbrucker did her first project with Unicef. She was the photographer on a brand awareness and community development project with Barclays, and Unicef as the community partner. “We drove from London to Cape Town and I was able to tell the story of many of these community projects through the lens of my camera,” she says.

It was an eye-opening and life-changing experience and the beginning of a long relationship with Unicef.

“It was one-and-a-half years of travelling through Africa and by the time I got back home, I knew that I wanted to tell stories that matter,” she recalls.

“Changing perspective changes the world, and photography helps us to see. My camera has been like a bridge and a mirror. It’s a bridge to the people I’m meeting and photographing and a mirror that makes you look at yourself. Anyone can technically take a good photo - you can get the right lighting and settings, and be lucky with your location. But for me to take a really good photo means that you can feel it, you can smell it, it tells a story, it’s got emotion. That for me is the most important thing. #UnsungHeroes: Mervyn Serebro of Reach for a Dream Foundation

In May 2016, Schermbrucker survived a suicide bomb attack executed on the UN compund while on assignment in Gao, Mali. They were shooting an HIV and nutrition story in a supposed “post-conflict zone”.

“It was a terrifying ordeal, but thanks to my incredible colleagues at Unicef, the other cameraman and myself were safely evacuated,” she recalls. Sadly, five UN peacekeepers were killed and another seriously injured.

“I remember getting on the plane and thinking we’re so lucky to leave this place, but I could never stop thinking about all the vulnerable children and people we left behind and that we never finished the story.

“It was a hectic experience, but I think a highlight for me was finding the courage to return to Sikasso in southern Mali three months later to finish the story. Though it was hard, it brought so much healing and restoration. It built in me a greater resilience and passion for telling stories that matter and for using my talent to make a difference,” she says.

Going back was a pivotal moment in her career as a photojournalist and storyteller. “I’ll never forget that feeling of leaving after we finished the project. I remember feeling so grateful that we could give those people eyes and a voice and that we weren’t defeated,” Schermbrucker recalls.

Another highlight for her was an exhibition she did with Unicef about two years ago. The exhibition, uMama Onesibndi (Mother of Courage), was a celebration of the courage of women, particularly in Africa, and focused standing firm in the face of HIV and making courageous life-changing decisions for themselves, their families and their unborn babies. “It was such a highlight to see all these years of work and all the incredible women I’d met, compiling their stories, and exhibiting it at Constitution Hill,” she says.

Schermbrucker says that she never wants to lose her love, passion and purpose for what she does and regard it as merely a job.

“I want to always see it as a gift and a privilege to tell people’s stories through my photographs. I always want to see people as I ought to - not as models or props, but as humans with stories, frailties, vulnerabilities, incredible courage and strength, who’ve allowed me to tell their stories. I never want what I do to become a job! If ever I feel I slip into that, then I immediately turn down a job or space them out to give me time to reflect and breathe. The heart of what I do needs to always be because I feel purpose and passion,” she notes. Practically, another challenge for her, being a mom and a wife as well, is having to leave her family behind and heading off to often far-flung, challenging places. “Reconciling these two worlds I live in is challenging. When I’ve just seen stuff that people will never really fully understand, I need to always have that grace to move between these two worlds. It’s difficult.”

#UnsungHeroes: Cornel Viljoen of A21

When asked what inspires her to keep on telling stories that matter, she says: “A very wise man once said, there’s no greater love than laying one’s life down for others. That is what inspires me. My faith in something bigger than ourselves inspires me and the fact that our time on this planet really does matter. That inspires me to make my life count.”

For more, go to www.slingshotmedia.co.za.

Ilse is a freelance journalist and editor with a passion for people & their stories (check out Passing Stories). She is also the editor of Go & Travel, a platform connecting all the stakeholders in the travel & tourism industry. You can check out her work here and here. Contact Ilse through her website here.
Read more: Ilse van den Berg, Unsung Heroes 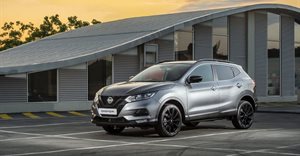 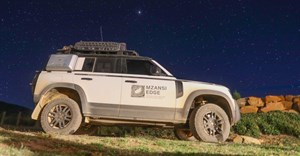 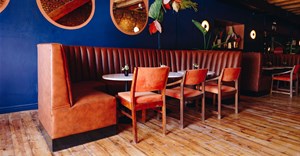 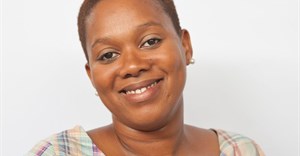 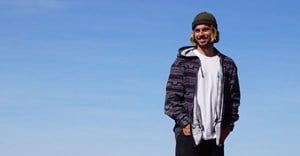 #UnsungHeroes: Luke Müller of HopeTown20 May 2020 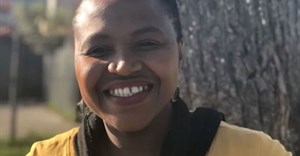 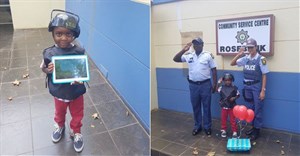 #UnsungHeroes: Mervyn Serebro of Reach for a Dream Foundation30 Apr 2020