22 Aug 2019 | Email | Print |   PDF
The Loeries is only the second international award show, after the D&AD awards, to introduce "unconscious bias" workshops for the judges, during Loeries Creative week, taking place in Durban from 19 August. 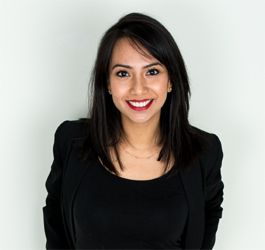 The aim of these workshops, held in partnership with Google, are to sensitise judging panels, and to help them recognise their own inherent prejudices and remove these from their judging decisions.

“The Loeries is a regional award and we work hard to reward locally relevant work. This means that judges have to understand that they are not necessarily the target audience, and to remove their own prejudices from the process,” says Andrew Human, CEO of the Loeries. “A good judge can recognise great ideas from anywhere in the world and intended for any audience – and it’s our aim to improve the judging process.”

“Our own unconscious bias can limit creative thinking and the potential to innovate, and it can influence our decisions when it comes to selecting the best work,” explains Asha Ranchhod Patel, Head of Marketing at Google South Africa.

All Loeries judges will take part in an anti-bias and cultural literacy training module called Rare Juries, which is part of Google’s global diversity and inclusion platform, Rare.

“Rare was designed with and for the creative industries to enable under-represented talent, businesses and the industry at large to drive, and benefit from, more inclusive cultures,” says Ranchhod Patel.

“Homogeny and prejudice are two of the biggest challenges for the advertising and brand communications industries today. Unconscious bias can lead judges to dismiss work they don’t identify with and disregard perspectives from judges they don’t relate to. For the best work in the industry to be rewarded and recognised fairly, jury rooms need to be unaffected by these biases.”

Human agrees: “We hope to make the jury more aware of negative stereotypes and unconscious bias, and through that we hope to reward work that doesn’t merely mirror society, but plays an important role in leading society.

“I believe it’s important that advertising and design help build a better society, and a huge part of that is breaking down stereotypes. In our region this is especially important in terms of race and gender.”

As a founding sponsor of Rare, Google has been instrumental to its growth since 2017, and officially adopted the platform in 2018. “As an industry leader, we feel Google has a responsibility to support the industries it operates in and assist in ushering us all towards a more inclusive, more innovative state,” insists Ranchhod Patel.

The Rare Juries interactive short courses use a series of exercises and tutorials to help awards judges learn where their bias comes from, how they can identify a biased thought they’ve had, the terminology to articulate bias, and the process to de-bias a thought or action. Ultimately it will improve the jurors’ cultural literacy, and lead them to celebrate the work that is most deserving.

Rare Juries will be running training across all three days of the 2019 Loeries. See more about the programme at Rare.withgoogle.com. Loeries Creative Week takes place from 22 to 25 August in Durban. For more information and to book tickets, go to loeries.com.

The Loeries, a non-profit company, is Africa and the Middle East’s premiere initiative that recognises, rewards, inspires and fosters creative excellence in the brand communication industry. As the highest accolade for creativity and innovation across our region, the Loeries promotes and supports creativity by helping marketers, agencies and consumers appreciate the value of ideas and fresh thinking.

Culminating in the biggest creative gathering across the region, Loeries Creative Week brings together the best innovative minds from our industry for a festival of networking, inspiring minds and recognising great work.

The Loeries is the only award across Africa and the Middle East that informs the global WARC Creative 100, a showcase for the best creative work in the world. Successor to the prestigious Gunn Report, WARC collates the most important advertising awards from around the world to produce a global list that ranks the most creative companies and campaigns.

Major Partners of the Loeries