30 Aug 2021 | Email | Print |  PDF
By: Roshin Schmidt, Issued by: False Bay College
The United Nation Commission on the status of women made an astounding claim in 2014 that sub-Saharan Africa needed 2,5 million engineers and technicians just to improve access to clean water and sanitiation. In 2013, the Engineering Council of South Africa said only 11% of the engineers registered with the council were women and only 4% were professional women engineers. Furthermore, the council has estimated that, while growing numbers of women enrol for engineering at university, 70% of women with engineering degrees leave their jobs soon after starting, a rate far higher than that of men.
There are indications that the gender disparity also applies to female artisans in general and graduates of TVET engineering programmes. The current pool of trade-tested female artisans is limited and the numbers of female students in artisan trades still fluctuate. It appears that while initial demand for artisan trades and registrations in engineering programmes are high, there is a drop-off in the numbers of students proceeding to trade testing after completing the practical workplace experience component.

The lack of gender equity in engineering fields in South Africa mirrors experiences in most of the world. In South Africa and globally, only 19% of engineering jobs are occupied by women and in both the United States and United Kingdom, the percentage is a dismal 15%. Given the fact that South Africa’s employment equity legislation forces engineering firms to hire more women, the reasons for the persistent lack of women in engineering demand interrogation.

There is no doubt that the inherent stress, pressure to perform and long work days typical of the engineering sector play a role, as does the fact that many young women leave their jobs for a time to start families. However, the growth and transformation of the engineering sector – in dire need of skilled artisans and professionals – are inhibited in other, less visible ways.

Firstly, there is an absence of women in engineering with sufficient public visibility to act as role models and impact on girls’ post-school career and study decisions. As a result, despite the general parity in terms of numbers of males and females studying Science, Technology, engineering and mathematics (STEM) subjects at school, fewer girls opt for STEM disciplines in post-school studies.

Secondly, there is an overwhelming male culture in the sector, where few women have advanced to senior management levels. Women have reported that because of patriarchal, dismissive, patronising and undermining behaviours among male peers and managers, they are compelled to work twice as hard as men to be taken seriously or to be offered the same growth opportunities and salaries routinely enjoyed by male peers (women in engineering earn 25% less on average in the UK).

Thirdly, even when young women have been able to enter the sector through employment equity, the firms often tend to be more concerned with counting numbers and complying with EE quotas than empowering women. These women tend to be assigned junior, subordinate roles that ultimately doom their prospects of advancing to the board room and impacting on gender transformation and empowerment.

False Bay TVET College is committed to employment and workshop learning equity, diversity and inclusion and strives to create a welcoming work and learning place for everyone, regardless of gender, race or culture. We believe transforming the engineering sector and advancing the roles and progression of women in science, engineering and technology are not only critical business imperatives but vital to accelerating growth in the economy. Thankfully, our women engineering students have many excellent role models and thought leaders on campus.
Lee-Anne Andrews Raman (Lecturer: Occupational Boilermaker & Welding)

Lee-Anne completed her training in 2010 at Northlink TVET College and trade-tested in 2012 after completing her workplace experience with Damen Shipyards Cape Town, Blue Chip Fabrication, EBH and Nautic Africa.

“I was part of many successful shipbuilding projects while I was in the industry. However, 2019 was a milestone year. Not only did I participate in the National Trade Test and pass as the first female shipbuilder in South Africa, but I was a motivational guest speaker at the Decade of the Artisan event hosted by the Deputy Minister of Higher Education, where I addressed not only high-ranking officials but an audience of over 2000 schoolchildren.

“It always come as a shock when people learn what I do for living. When looking at me they almost can’t comprehend how this very lady-like person could do such work. I stopped trying to convince people. I now tell them to Google!”
Nuhraan Moses (Occupational Boilermaking lecturer, Westlake Campus)

Nuhraan completed her training in 2012 at False Bay TVET College and trade-tested in 2014 after completing her workplace experience with Damen Shipyards.

“The most challenging aspect of my job must be the stereotypes related to women in the industry and societal expectations and beliefs about a woman’s leadership abilities. Little things that imply 'you don't belong here, you belong in a kitchen or office’. This was not only the reaction from industry peers, but even some of the male students, who have had a shift in thinking since completing my classes.

“There are advantages to being a female in this field. Women naturally pay more attention to detail and we have the ability to do multiple things at once, while focusing on each task individually. We are adaptive and don’t get overwhelmed easily. We are born fabricators, creating something from nothing, while making sure that we stick to the time and quality constraints related to the task and activities.”
Slingene Zondi (Nated Engineering (Motors) lecturer, Khayelitsha Campus)

Slingene studied at Mangosuthu University of Technology in 2016 and completed her work placement with Meadow Feeds before joining False Bay TVET College in 2018.

“I come from an engineering-loving family. My dad just retired as an engineer. My siblings are all in engineering. I grew up in an engineering environment where we did all maintenance on our own. Whether it’s civil-based, motor-based, electrical-based or chemical-based, we never called a technician at home. Through this constant exposure, it just seemed like the natural progression once I completed my matric.”

“One, have passion for the field. It is not an easy field for women, be sure you really want to be in this industry. Two, it’s very important to have a mentor. Get someone who has walked the journey you want to take, someone to advise and guide you. Three, do your research. Use the internet whenever you are not sure. And four, WORK HARD! From the subjects up to the actual industry, the field is heavy. But do not let that sink in your mind. If I did it, any woman out there can do it. Work hard, sacrifice time for your career and you will see results.” 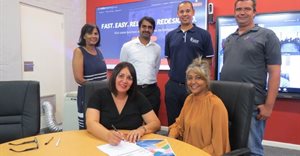 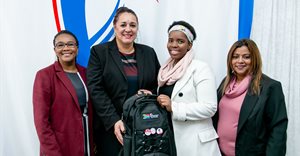 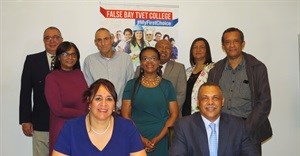