A wild and wacky experience offering an abundance of action and dark humour with the thrilling story of an ordinary, rather boring bookkeeper, Daniël Niemand (Bennie Fourie), whose life is irrevocably changed after a series of misunderstandings turn his world upside down. While the chaos leads to tragedy, it also helps him achieve a great personal victory.

Daniël’s bland existence quickly turns into a nightmare when a confrontation with his marriage counsellor (Tim Theron) goes awry and his dubious employer and crime boss, Frank Redelinghuys (Frank Opperman), helps him clean up the mess.

When a new piece of evidence provides Frank’s arch-nemesis, policeman Johannes Ackermann (James Borthwick), with the perfect opportunity to finally capture this criminal and his brother Hansie (André Weideman), Daniël is unknowingly used as bait. He is placed under the surveillance of Erica Kruger (Marlee van der Merwe), who harbours a few dark secrets of her own.

When there is an assassination attempt on US President Allan Trumbull (Morgan Freeman), his trusted confidant, Secret Service agent Mike Banning (Gerard Butler), is wrongfully accused and taken into custody. After escaping from capture, he becomes a man on the run and must evade his own agency and outsmart the FBI in order to find the real threat to the president.

Desperate to uncover the truth, Banning turns to unlikely allies to help clear his name, keep his family from harm and save the country from imminent danger.

The third instalment in the Fallen series, Angel Has Fallen is a psychologically tense, kinetic thriller that never lets off the accelerator from its opening killer-drone attack. Ric Roman Waugh directed from a screenplay he crafted with Robert Mark Kamen and Matt Cook from a story by Creighton Rothenberger and Katrin Benedikt – and based on characters created by Rothenberger and Benedikt.

In the summer of 2017, a contained, claustrophobic shark movie caused quite the splash. It was called 47 Meters Down. Now, in search of adventure, teenagers Mia (Sophie Nélisse), Sasha (Corinne Foxx), Nicole (Sistine Stallone) and Alexa (Brianne Tju) decide to scuba dive into a submerged Mayan city that is being mapped out nearby.

Once inside, the entrance collapses behind them and they must navigate the labyrinthine tunnels and eerie caves in search of another way out as the air in their tanks steadily run out. It is their worst claustrophobic nightmare, but it gets a whole lot worse when they discover the city is home to some very hungry great white sharks.

Written and directed by Johannes Roberts.

Restored from the original negative for the first time ever, Apocalypse Now: Final Cut is Coppola’s most realised version of the film. Coppola’s visually dazzling masterpiece is a surreal, hallucinatory, epic tragedy about the horror of the Vietnam War.

A US Army Intelligence officer is sent on a bizarre river journey deep into the jungle to assassinate Colonel Kurtz, a renegade Green Beret who uses primitive tribesmen to wage his own war.

The next screening from National Theatre Live, bringing the best of British theatre to your local cinema, is The Lehman Trilogy – the story of a family and a company that changed the world.

On a cold September morning in 1844, a young man from Bavaria stands on a New York dockside. Dreaming of a new life in the new world, he is joined by his two brothers and an American epic begins.

163 years later, the firm they establish – Lehman Brothers – spectacularly collapses into bankruptcy and triggers the largest financial crisis in history.

It is showing at Cinema Nouveau  cinemas and Gateway Commercial KwaZulu-Natal on 24, 25, 28 and 29 August.

Read more about the latest and upcoming local films: writingstudio.co.za/south-african-filmmaking 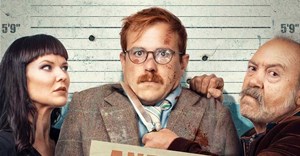