Q&A with Johannes Ferdinand about film The Recce

By: Daniel Dercksen
Writer-director Johannes Ferdinand 'Ferdi' van Zyl shares a few thoughts with Daniel Dercksen about his astounding film The Recce, a film that poignantly shows that without a past, there is no future.

Greg Kriek delivers a powerhouse performance as a young Recce who is wrongfully declared dead behind enemy lines, and must use every resource he has to get home to his distraught wife and family, who are, in turn,  fighting their own emotional battles.

Van Zyl established his passion for cinema at a very young age when he worked as an usher at the local bioscope in his hometown during his teens. After completing a diploma in photography and video production, he spent three years in London, to feed his curiosity for life. Upon his return to South Africa, he heeded the inherent call and decided to study film and television at UCT where he graduated with distinctions in screenwriting.

With nothing but a Western pilot episode under his arm, he entered the local television and film industry and has since secured numerous series development contracts, before throwing his anchor down at The Aleit Group as producer, director, and screenwriter for the company’s film division Afilm. Well done on an excellent film. It seems that the border war is still a subject that needs exploring, following Craig Gardner’s My Father’s War and Chistiaan Olwagen’s Kanarie. Why do you think the subject has been shied away from?

I don’t think it’s something that is necessarily shied away from, I think it’s something that takes time to percolate in the consciousness of South Africa before we can address it without prejudice. There have been films like The Stick (Darrel Roodt), and Regardt Van Der Berg’s Boetie Gaan Border Toe that explores that specific time at a specific time. The new generations are uniquely positioned to look at those events objectively, and try and find meaning maybe, use it as a vehicle to explore identities, etc. There’s a lot of questions regarding that war, and I think it’s time that we create dialogue and begin a healing process. The subject of the war, as the war itself, has had no resolution, and we need equilibrium to heal.

The Recce is incredibly reminiscent of Terence Malick’s Thin Red Line with its hushed intensity, where we explore the mindscape of the characters on a harrowing surreal journey, where your brilliantly crafted screenplay and masterful vision unite.

The journey was completely intuitive and instinctive, the use of voice-over, albeit very reminiscent of Malick's films and Francis Ford Coppola's Apocalypse Now, was a cathartic exercise and a vehicle to explore my own Afrikaner identity and heritage.

The Recce is a very personal and heartfelt film, tell me about what inspired you to write the screenplay?

Well, I’ve had a fascination with the idea of a special forces operator, and the Janus-faced nature of what that entails, for quite a while. I grew up with a recce in my family, and I also grew up hearing all the bad and bullshit stories about them being these volatile and wounded men quaking under the pressures of PTSD – ready to snap at any moment. However, that was never my experience with my family member - he was a kind and gentle man - and that duality I find fascinating. Nevertheless, ideas come and go. I latched onto this image I had in my head of a dying soldier clutching at a photo of his wife (very melodramatic) and that kind of sparked a wildfire in my imagination. I started drawing a lot from my wife and kids. It’s always better to write from the heart, don’t you agree?

Writing from the heart is difficult to define; if by that you mean writing intuitively, then yes it is, for me at least. It also serves as a method to abstain from any sort of writing block, don’t overthink scenes or themes, because that might lead to a stalemate with your reason and imagination. Let the characters, organically guide you through the story.

Did you write the screenplay knowing that you will be sitting in the director’s chair?

Yes, I try to really impose a definitive vision in the text, so that there is little room for interpretation, visually at least. However, these days I also find the idea of writing stuff and just letting them go very comforting and less apprehensive.

Yes. I worked at the local cinema in my hometown, Worcester, from the age of about 13. The place was called the Star Gazer. It was run by the Daily Twin Brothers. I worked the coffee bar, the kiosk, the till, as an usher, a cleaner, and as projectionist. We would watch cult films in the back room, and after I got introduced to Stanley Kubrick and David Lynch, at a very young age, that was it for me – I was hooked. Tell me about the process you undertook writing the screenplay?

Writing is always daunting, but liberating at the same time. Once you have an idea, you need to exercise it, get it down on paper and push forward. It is a labour of love, but the emphasis is on labour. Nothing brings me more joy than to nail a scene on the page, but you always have to abandon it at some stage. Once I commit to a story, I am very careful as to what I expose myself to, with regards to other films and stories. What I am writing about at a specific time, encapsulates everything in my life. It’s hard, psychologically and emotionally it’s very taxing, but it’s nourishing.

Was it an easy process from page to screen? How long did it take and what were major obstacles?

When you make personal films, it’s always difficult to get it realised or onto the screen. In my case, it took about four years from the day I put pen to paper. Financially, arthouse/personal films aren’t very viable, unless you have a following or become a brand in itself, which has its own pitfalls, because then everyone expects a certain thing or certain type of film from you and that is the death of art, when you repeat yourself and stop experimenting and evolving – when you stop searching. The biggest problem or obstacle was artistic compromise.

The act of filming the movie was incredibly physical, expensive, and stressful, but it fails in comparison when you are forced into a situation where your artistic integrity falls under the guillotine, due to budget or time. Luckily, we all navigated those situations quite well, and we are very proud of the final product. We took a big chance, we stuck to our guns and made a crazy film our way -  and it paid off.

What did it feel like sharing the film with an audience?

When you write and direct something for the international stage; it is extremely revealing, there’s no place to hide or no one to hide behind, this your story, told in the way you wanted to. You basically stand naked on a stage and ask the world to judge you, especially if it’s a personal film like The Recce. The making and finishing of the film is the reward at the end, that is where the buck stops for artists, everything else is noise, but it’s damn f*cking loud! You mention that the film is beyond genre, tell me about this?

When I wrote the first draft, I stuck to the conventions I was taught when I studied. And the first draft was great, however, I wasn’t necessarily creatively satisfied, so I started from scratch, ignoring all the structural rules of writing a screenplay, and just wrote intuitively. Once you do that, genre conventions fall by the wayside. I wrote a film that I wanted to go watch at a local cinema. The idea, which came organically, was to present local audiences with a local film with a new cinematic language. I used abstractions and metaphors to summon a reaction from the audience, forcing them to interpret things in their own manner. Everyone’s interpretation is valid, and that makes the film universal.

Filmmaking is a cathartic process for you, tell me about this?

Yes, it is. Catharsis is the psychological relief through open expression. I look up to filmmakers like Sam Peckinpah, who sought relief through violence in his films, he was a troubled man, but a poet nonetheless. Even David Lynch’s Eraserhead could be seen as a piece of art that dealt with his fears of becoming a father. I used certain narrative techniques and devices in The Recce to explore what it means to be an Afrikaner as a means to navigate and comment on my own heritage, I find solace in expressing my own personal views through certain characters and their thoughts. It’s a kind of alchemical process, in old mystic terms. There’s a transformative process that takes place when you dream, write, and film it.

Your views on the South African film industry?

We are experiencing a new wave, there’s an excitement in the air. My peers are making incredible films, and it’s so inspiring to be a writer and director at this moment. The bar is set very high, and its an honour to be making movies at this time. There are a lot of issues that need to be addressed, things that are hindering our sustainability in the industry, but artistically we are experiencing an indefinite crescendo.

Is it difficult to get a film made in South Africa independently?

Yes, it is. The spirit of independent cinema is where the filmmakers put their livelihood on the line to make the film, that is the essence of independent cinema. You don’t have a studio, network, or channel behind you, you don’t necessarily have distribution from the get-go; you beg, borrow and steal the money from somewhere. In any country, an endeavour like that is risky, because you as the filmmaker sign surety, you are responsible to the investors, and in a country like South Africa that is extremely difficult. Obviously, we have rebates, etc. here, but it's the startup capital, it’s like any other investment, except, this is a high risk, high reward industry, it’s volatile, and there is no proven record for success.

Any advice for screenwriters who would like to get their work out there?

Just keep on writing, if you write because you don’t why you are writing, then you are on the right track.

Has there been a response from Recces regarding the film?

Yes, they see the film for what it is; an ode to everyone who fought.

What do you hope audiences will get from watching The Recce?

What's next for you?

We just wrapped our second feature film at Man Makes A Picture, and we are busy developing our slate for the years to come, some series, documentaries, and a lot more features. 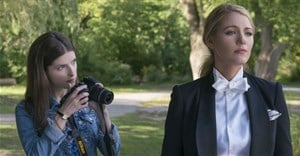