After several hundred performances since its debut in July 2012, this popular show continues to celebrate Cape Town culture and cuisine at Richard's Supper Stage.

This dinner-and-theatre bistro is the creation of German businessman Roland Seidel and theatre producer Richard Loring. Seidel, who first saw Loring's African Footprint in 2003, always wanted to offer the tourists on his farm a perspective of the Cape that combined music, culture, and food. But it wasn't until mid-2011 that he and Loring made the investment decision that became this restaurant.

The establishment opened in the middle of a colder than usual winter, and had to compete with major sporting events like the London Olympics and the UEFA European Championship. And yet it's done well, no doubt thanks to the warm atmosphere created by the relaxed décor and friendly staff. Looking around at the variety of patrons, from families with young kids to friends on a girls' night out, I got the impression that everyone was having a great time.

Kaapse Stories from the Mother City, the venue's first show, is set in Sea Point and told from the perspective of Grandpa Kleintjies. It's based on the true story of one family's struggle to survive racial divide under the apartheid regime. "While all of this might sound like fodder for a story of melodramatic proportions," explains writer and director Basil Appollis in the show's programme, "the truth is that when people face uphill battles, they learn life lessons and the Kleintjies' story bears testament to this."


Of course, that's only one aspect of the experience. There was also a three-course meal, preceded by some welcome sparkling wine. The food is Cape Malay with a Mediterranean twist. That meant a Bo-Kaap platter for starters (homemade snoek paté, piquant samosa, and roasted Mediterranean vegetables) and a South African platter for dessert (koeksister, malva pudding, milk tart, and a skewer of fresh fruit).

But wait, there's more. In-between these two served dishes was the main buffet, the Maître D's mention of which elicited gasps of anticipation and groans of approval from the eager crowd. And boy, was there a lot of choose from!

Korma chicken and prawn curry; baked linefish in a light lemon and parsley sauce; sliced beef fillet; Cape Malay vegetable breyani; and a variety of vegetables, from spicy carrots and green beans (with a hint of nutmeg) to roasted butternut drizzled with honey and almond flakes. In a word: yum!

The show has proved popular with tourists and has entertained people from over 50 countries. In fact, the tables filled with travellers from afar seemed to be having the most fun. They were the first on stage to dance during the final sokkie treffer and they were the first to jump up in thunderous applause at the end of the show.

Given that it's already taking bookings for 2016, it'll be interesting to see how Kaapse Stories from the Mother City evolves in the months and years to come. For example, instead of showing all the colours of the rainbow nation at once (and at times being a bit stereotypical in doing so), perhaps the production could focus on only one or two characters at a time.

Compared to Grandpa Kleintjies, many of the individual performers didn't get much time to tell their stories. But they're all talented (and released a cast recording of the show's 16 songs to prove it) so there's no reason they wouldn't be able to hold their own in solo shows. Yes, 'spin-offs' like this would be shorter, but less width might mean more depth.

The food was superb

Having different versions of the show could also lead to different menus, perhaps based on the culture of the performer that night. Don't get me wrong; the food was superb. (In my attempts to get a holistic idea of the offering - it was all for you, dear reader - I went for a little of a lot.) But, much like the show itself, having so much variety was a bit overwhelming and made it hard for anything specific to stand out.

Yes, it's tough to limit choices in case picky tourists would prefer to skip the authentic cuisine in favour for the safe choices they eat at home. But, as in life, sometimes the bold options that take you outside your comfort zone are the most rewarding. And if they served a new dish every night, patrons would have even more of a reason to keep coming back for more.

All in all, Kaapse Stories from the Mother City is a great night out. Whether you're just passing through the city or are lucky enough to call Cape Town your home, you're bound to leave with a full belly and a big smile.

Tickets for Kaapse Stories from the Mother City at Richard's Supper Stage and Bistro are available from Computicket and include welcome drinks and a three-course meal. For more information, call +27 (0)21 434 6738, email az.oc.nwotepacsdrahcir@sgnikoob or go to www.richardscapetown.co.za

Madame Zingara's Theatre of Dreams has entertained South African audiences since early 2007. And after a year of sold-out performances in Cape Town, the dinner cirque extravaganza came to Joburg's Montecasino (transferring to Durban in 2015). The show sells out several weeks in advance, which makes sense when you consider what a spectacular experience it is.

It all began in 2001 when Madame Zingara first opened an 80-seater restaurant in Cape Town's Loop Street. The quirky bohemian vibe was an instant hit, leading to a fourfold increase in its capacity. But tragedy struck a few years later when a fire destroyed the entire venue. Down but not defeated, the Theatre of Dreams was born soon after that and toured Cape Town, Joburg, and Durban for almost two years.


While the original show celebrated the miracle of life and the magical journey we're all on, the current one (entitled After Forever) is about a timeless world of folklore and myth. This legendary land contains a host of acrobats, aerialists, contortionists, and the like, which is why so many adults sat frozen in childlike wonder, hands waiting for the perfect moment to applaud and mouths wide open in constant disbelief.

"I believe that this show is truly one of Madame Zingara's masterpieces and possibly our best yet," says Richard Griffin, producer and MD of Madame Zingara's Theatre of Dreams. Indeed it is! Built in Belgium back in 1928, the 25-metre velvet big top is one of the last remaining antique mirror tents in the world. Stepping inside, you forget where you were a minute ago; you might as well be in a whole new world.

And let's not forget about the food, which is a feast in every sense of the word. The menu changes, but dinner on the night I went included a chocolate chili fillet as well as a platter of chocolate brownies, chocolate spring rolls, chocolate ice cream, and chocolate tiramisu for dessert. (Needless to say, getting to sleep was a bit of a challenge after that!) With service at such speed, I can't help but wonder what sorcery and enchantment prevented the constant crashing of plates.

But what I loved most is the way the show blurs the line between performers, audience, and staff. Many guests arrived early for face painting and other accessories so they could be a part of the magic. Some even had their waiters and waitresses drag them on stage to dance at certain points throughout the night.

Seeing all these people having such a delightful time made me understand why some have called Madame Zingara a family. I suggest you come along and make yourself at home! 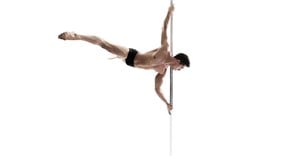 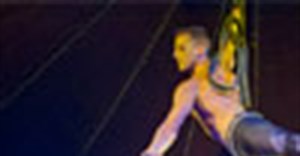 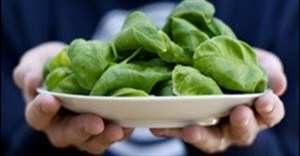 Madame Zingara to open in The Company's Garden22 May 2014 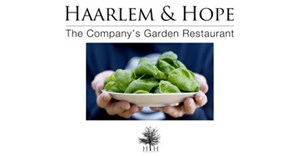 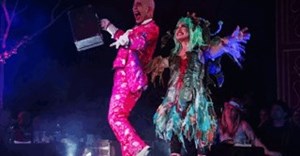 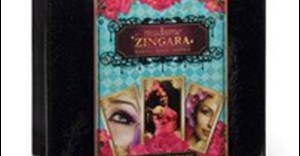