10 Jun 2011 | Email | Print |  PDF
The sale of South Africa's landmark V&A Waterfront is now complete and all conditions have been fulfilled by the equal purchasers, the Government Employees Pension Fund (GEPF), represented by the Public Investment Corporation (PIC) and Growthpoint Properties.

Announced yesterday, 9 June 2011, the new owners have announced a R500-million redevelopment of the landmark Clock Tower precinct over the next four years, one of the biggest business developments since the inception of the V&A Waterfront almost 22 years ago. Development has already commenced.

The transaction represents South Africa's biggest single property transaction to date, with the new owners paying a combined investment of some R9.7 billion for South Africa's most popular tourist destination, widely recognised as one of the finest waterfront developments in the world.

"The acquisition has ensured that the ownership of one of the most prestigious properties in South Africa is again vested in the hands of South Africans and specifically the South African worker base, in the form of 1.2 million public servants, who are members of the GEPF," says GEPF chairperson, Arthur Moloto. "The purchase meets our objectives of a sound investment, while effectively contributing to the sustainable economic development of South Africa."

For the PIC, as custodians of a significant part of the public purse, the transaction meets its property strategy, which focuses on both returns generated as well as positive change to the social fabric. "This transaction proves that creation of relevant physical infrastructure, together with productive communal spaces, can have significant impacts on the quality of life of the majority of South Africans," says Elias Masilela, CEO of PIC. "This transaction delivers value to our clients whilst making meaningful additions to much needed infrastructure, thus benefiting society."

Norbert Sasse, CEO of Growthpoint Properties L, explains that the property, with its established record of performance, represents an opportunity for growth, which will come from the future development of the undeveloped bulk of this asset. "Our investment is driven by the existing performance and future potential," says Sasse. "More than being the premier property asset in Africa, it has all the performance fundamentals in place. It enjoys robust demand across all sectors with lower vacancy rates than anywhere else in the country and benefits from significant net income growth."

V&A Waterfront CEO, David Green, says that the management team is extremely positive about the transaction. "We pride ourselves as being a benchmark for international waterfront developments and the change of ownership bodes well for long-term development and sustainability. "The new owners have shared their immediate plans for the property and we are looking forward to working closely with them to bring these plans to fruition."

The major Clock Tower Precinct development will establish a new professional business district at the heart of the waterfront, while maintaining the heritage credentials of one of the oldest sites in and around Cape Town. In addition to the refurbishment of the existing Clock Tower retail facility, the other areas earmarked for development include the unused grain silo building, and the collier jetty alongside the Clock Tower retail centre.

This new development is possible, as it consists of 603 868 sqm of bulk development rights approved by the Cape Town City Council. Approximately 64% (383 833 sqm) has been developed and approximately 36% (220 035 sqm) remains available for development.

"The significant value potential to be unlocked through the development of the approved bulk at the waterfront was always a key component to the transaction," explains Sasse. "The development rights provide flexibility in terms of land use rights and timing of development and we intend to pursue new developments which create the best value over time, which is consistent with Growthpoint's objectives of providing our linked unit holders with long term sustainable income and capital growth."

John Oliphant, head of Investments and Actuarial at GEPF, notes the investment follows a decision to enhance the GEPF property portfolio mix by adding premium office space, retail and development opportunities to grow this portfolio segment over the medium term. "The purchase extends its investment in the Western Cape from 12% to almost 30%. It also makes the pension fund a major player in the retail sector as well as improving its office holdings," adds Oliphant

Masilela explains that any new development, which is embarked upon at the V&A Waterfront stems from an exceptional and solid foundation. "It is a historic landmark and desirable location on a vibrant working harbour, which is an important international trading route for South Africa." He emphasises that while the future development remains flexible, it will be sensitive to the needs of Cape Town and integrate with the city. "This has already started with the IRT bus route which runs through the waterfront, providing easy public access."

The effective date of the V&A Waterfront transaction, for reporting purposes, was 1 January 2011. 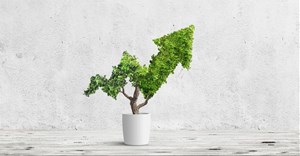 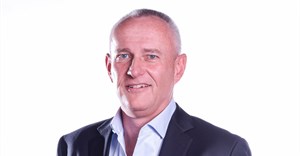