On a quest for the best Bourbon cocktails in Jozi

30 Sep 2022 | Email | Print |   PDF
Issued by: ITP Communications
September is Bourbon Heritage Month in the US - a time to celebrate America's 'Native Spirit'. With its long and colourful history and robust complexity, Bourbon is becoming a firm favourite with South African whiskey drinkers and bartenders alike. In fact, many local bartenders say they favour Bourbon over other whiskeys as the foundation of some of their signature cocktails.

We set out on a quest to find the best Bourbon-based cocktails on offer at some of the Rosebank area’s most popular bars. Here’s what we found: This Louisiana-themed restaurant in Jan Smuts Avenue, Craighall Park, boasts dishes like traditional grits and ‘syrup on everything’, and has a growing collection of Bourbon on offer. Caven Zulu, Head bartender and General Manager, says customers love the slight sweetness and caramel-vanilla notes in neat Bourbon. But for those who prefer a cocktail, he suggests a Bourbon Sour or Louise & Anna Bourbon and salted vanilla Old Fashioned. “These drinks introduce the Bourbon flavours, but enhance the spirit with complementary flavours and aromas,” he says

The showstopper Bourbon signature cocktail at Louise & Anna has to be the Bourbon Bayou, however. Zulu says he was inspired by the spirit of New Orleans when he married the flavours of star anise and cinnamon with Bourbon. “There are notes of those spices in Bourbon. Because many people like to mix their Bourbon with ginger ale, I topped it up with Stoney ginger beer, a dash of bitters and some fresh lemon juice for citrus notes.” The Mix bar at the MESH Club at Trumpet On Keyes, Rosebank, is a meeting place for creatives and innovators, with legendary cocktails and a hard-to-beat sunset view over the Northern suburbs.

KG Ndaba, Head Bartender, says Bourbon has become a popular choice for customers enjoying sundowners after work. “Bourbon is a great spirit that can challenge a lot of spirits. I suggest that people try it neat, with a large block of good quality ice so as not to over-dilute it and sip it slowly to experience the full flavour profile, with all the wonderful hints of caramel and vanilla,” he says.

These are stylish classics for good reason, and Bourbon gives them extra depth and flavour. World-class cocktail bar Sin+Tax is tucked away on the corner of Bolton and Jan Smuts Roads in Rosebank, offering an authentic speakeasy-style party experience.

With its American theme, Bourbon is a hot favourite at Sin+Tax, where the award-winning bartenders serve it neat, on ice, or at the heart of its hugely popular cocktails.

Kelsey Beukes, the Sassy bartender at Sin+Tax, says: “Bourbon is a big seller and customer favourite at Sin+Tax.”

To celebrate Bourbon Month, she recommends Sin+Tax’s Signature Bourbon cocktail: the East Coast Sour. It’s a fresh, fruity blend of Bourbon, strawberry, lemongrass, vermouth and Gamay Noir that should be on any cocktail lover’s bucket list. The vibey and cosmopolitan Marble bar at Trumpet on Keyes in Rosebank boasts one of the suburb’s best views all the way to the Magaliesberg. Offering good music, tapas and fine cocktails, the Marble bar is a great place to unwind at the end of the week.

Head barman Blessing Maphosa says Bourbon is ideal for the South African palate, which leans towards rich, sweet flavours. “I recommend people drink it neat or in a cocktail to get the most of its vanilla flavours,” he says.

Maphosa recommends trying Marble’s Vanilla and Sage Bourbon Highball, created by our bar. He says: “The inspiration behind this cocktail was to use sage, since it is a herb often used in our South African culture and cuisine. We incorporated sage syrup with vanilla syrup, Bourbon to highlight the vanilla, along with lemon juice, bitters and topped off with tonic,” he explains. This one makes for the perfect end of week moment.

If you can’t get to Rosebank to sample some of the best Bourbon cocktails in town, don’t despair: most bars serve classics like the Old Fashioned and Whiskey Sour, and they are simple to whip up at home. For the best results, our bartenders recommend always using the freshest ingredients and a good Bourbon such as Bulleit Bourbon, Maker’s Mark, Woodford Reserve, Wild Turkey or Jim Beam. 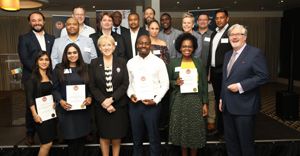 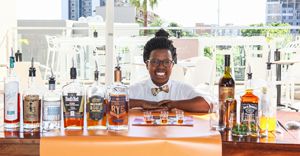 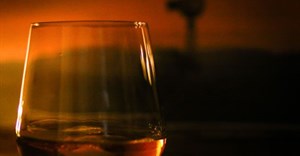