By: Karen Phelan
There are a number of trends forecast for 2012 that will have an impact on all facets of the media-marketing arena.

Media director and founding partner of Full Circle Media (www.fcm.co.za), part of Aegis Media, Karen Phelan has over 23 years of industry experience and has always focused on the media side, especially her personal love, the research side. In addition to her daily business activities, she is also the Cape Town chair of the Advertising Media Forum. Contact her on tel +27 (0)21 5266 258 or email az.oc.mcf@nerak.
Don't miss BizTrends2022 - 7 keynote speakers forecast trends shaping business in our region! Register now! 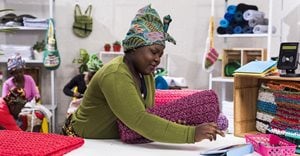 Khayelitsha like you've never seen it before18 Jan 2017
Republication of selected Bizcommunity content for non-commercial purposes is allowed if the original article is linked to with "Source: www.bizcommunity.com". Please click here for more information and to request permission.
Let's do Biz