In the concluding second instalment, I give examples of how appropriate existing technologies are deployed innovatively within local contexts to solve local challenges and examine the somewhat deterministic nature of the FIR narrative. I also discuss the high expectations and challenging tasks lying ahead for the Presidential Commission on the FIR. Garth Williams works at the Technology Innovation Agency, an initiative of the Department of Science and Technology

The prevailing FIR narrative focuses almost exclusively on disruptive technologies. This ignores the less flashy but arguably more important ‘bread and butter’ contributions of incremental and local innovations to the economy and to society.

Allon Raiz recently wrote about the FIR, but from a far more practical, emerging economy perspective. He describes how entrepreneurs deploy existing technologies innovatively for ‘last mile’ solutions in an approach he calls 4MR or 4 My Reality. He also wrote of the now-famous Zipline in Rwanda that distributes medical supplies and blood products to difficult-to-reach remote areas. The company uses existing drone technology to overcome poor or non-existent transport infrastructure.

A local example is that of Iyeza Health, a bicycle delivery service that collects chronic medication from public health facilities and delivers it directly to people’s homes. Their offering helps poor people that don't have the time and experience great difficulty collecting their medicine. It also alleviates pressure on local hospitals that battle to cope with more and more chronic patients. Then there is EmptyTrips, an online marketplace where one can find vetted transporters with various fleet sizes. Consider all the empty trucks driving back to the depot once their cargo has been delivered and you get a picture of the opportunity. The company reportedly uses machine learning and smart matching algorithms to create a marketplace where one can find transport options to move cargo.

These are but two examples of using appropriate existing technologies innovatively within local contexts to solve local challenges. It is likely that hundreds, if not thousands, of such opportunities, exist in South Africa that harness existing technologies to create small businesses that employ people and contribute to the economy.

But probably the most problematic feature of the FIR narrative is its deterministic, no-agency nature. Phrases like “the FIR is here!”, “we must respond or we’ll lose out!” or “we mustn’t miss the wave!” abound. In reality, technological change does not exist in isolation, but rather in concert with society in a process known as socio-technical change. Such change entails choices being made by actors within specific contexts and constraints.

Indeed, the imperative for a policy response to the FIR has strong undertones of technological determinism. Techno-anxiety is created in which government, society and firms have little agency or choice other than to mitigate against or minimise the damage at worst or respond to or leverage the opportunity at best.

This narrative has certainly contributed to the FIR being high on the political agenda. However, expectations are also high. Many countries are vying for world leadership in the FIR, but it is more likely that there will be a handful of leaders and many followers. Leadership is also likely to be specific to certain technological domains and not necessarily across the board, meaning that niche opportunities exist for the nimble.

The triple challenge of poverty, inequality and unemployment

South Africa is more likely to be a follower than a leader in any current or near-term global technological revolution. Certainly, SA is an innovative nation with a proliferation of discrete innovations like the dolos, CAT scanner, Pratley’s Putty, Tellurometer, DryBath and even (horrors!) the Vuvuzela. However, we simply cannot match the resources of super-powers such as the USA, China or the European Union, let alone countries like Japan, Germany, India, Russia or the UK.

SA also has structural issues to contend with such as low economic growth, fragile labour markets and the triple challenges of poverty, inequality and unemployment. We, therefore, need to choose our priorities and trajectory wisely. Our transformative innovation-led growth and development efforts need to be just, inclusive and sustainable so as not to worsen the triple challenges or create further social unrest.

We also need to remind ourselves that while the FIR is possibly the dominant discourse currently, it is by no means the first of its kind. Countries conceived specific FIR-type initiatives to achieve specific objectives depending on local conditions.

In Germany, the most advanced industrial base in the world conceived ‘Industrie 4.0’ in 2010 as a construct centred on cyber-physical systems for German industry to retain world leadership. The USA realised the damage off-shoring did to its economy and sought to ‘re-shore’ manufacturing to create jobs and bolster manufacturing competitiveness through public-private partnerships under the 2011 Advanced Manufacturing Partnership. Britain similarly observed the impact of the 2008/9 Global Financial Crisis to its services-centred economy and sought to stimulate high-value manufacturing via the 2011 Catapult Programme. Prof. Claus Schwab of the WEF published his book The Fourth Industrial Revolution in late 2016. The FIR is, therefore, a very recent construct. Accordingly, the term should be held lightly and regarded more as a heuristic or mental model to understand and influence the way that emerging technologies are changing how value is created and distributed across economic and social systems. The name is really unimportant compared with how SA organises and focuses itself to achieve the desired socio-economic impact in the context of the FIR. This country should not be fixated on the FIR in itself as the goal.

The Presidential Commission on the FIR will be uniquely positioned to oversee the development of a FIR country strategy in support of SA’s developmental objectives. It certainly will have a tough job ahead of it given the current explosion of FIR-focused initiatives not only in the private sector but also within the three spheres of government and in academia.

While the FIR is a hot topic and is spurring many to action, the challenge will be to coordinate and splice efforts together to achieve the desired socio-economic outcomes. Indeed, President Ramaphosa called for Africa to leverage digital technologies for human capital development and job creation at the WEF’s 2019 Annual Meeting. The FIR may yet galvanise SA towards a desirable future if we can look past the short-term political turbulence that 2019 will inevitably bring towards a future in which SA and its citizens will prosper and thrive. 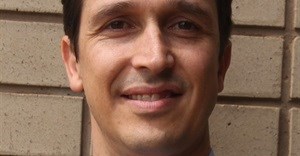